Women In Islam: Going back to our roots

Home
Sisters
Women In Islam: Going back to our roots 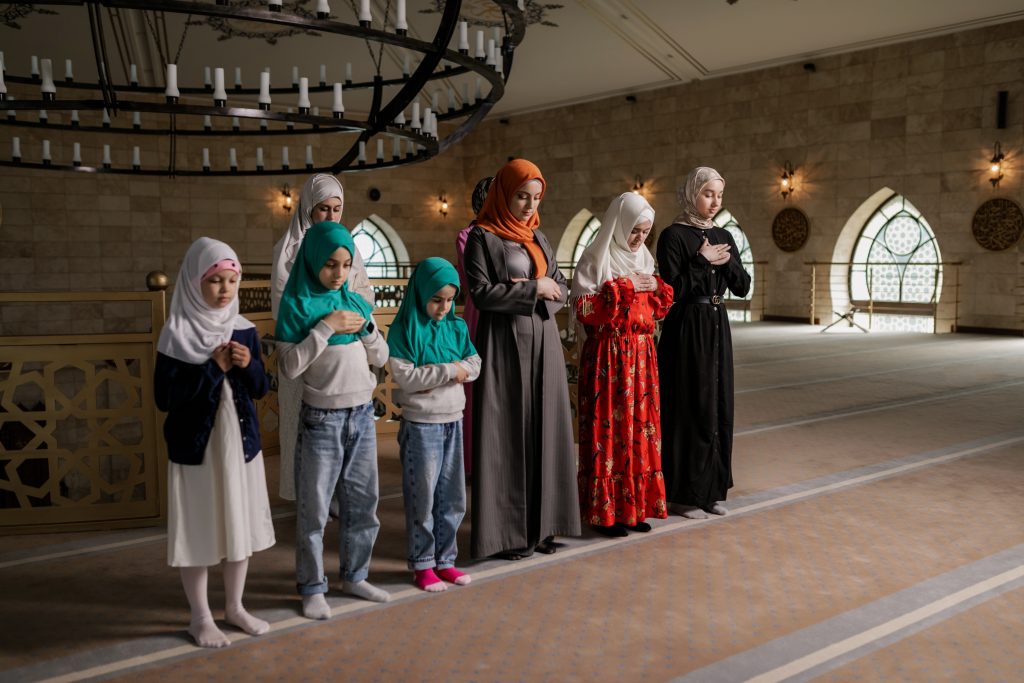 Women In Islam: Going back to our roots

Increasingly, the dialogue of Muslim women has been exuding a sense of urgency.

In polarising times, the chasm between Muslim men and women seems to have become a sinkhole. We’re more divided as an ummah than we’ve ever been.

The recent reverting of Andrew Tate to Islam and the ignorance of Muslim men of the hurt he’s caused is the latest fuel to the fire in the ongoing saga.

Muslim women are angry, frustrated, and have had enough of being shushed.

We spoke to Julie Siddiqi, a passionate interfaith and women’s rights activist, who is also a revert to Islam.

She gives her opinions on the matter below and talks about the work she’s doing to uplift Muslim women and bring men into the dialogue.

If we’re talking about gender equality, the Quran and God are very clear. I’ve always felt that God is on our side when it comes to challenging the issues we see in communities.

As I’ve gone through my life, I’ve realised that unless some of us stand up and call this out, nothing will change.

Do you think feminism and Islam go hand in hand?

Yeah, it’s important. An issue is that we don’t know enough about the stories of women in the past, or how they navigated their lives.

The challenge for us is how do we take something that was said or done in Arabia 1400 years ago and make it relevant to women and Men in Britain in 2022?

How do we make rulings or teachings relevant to us that connect with those traditional teachings?

It needs to be done in partnership. Men and women need to have these conversations together and be allies.

We are better when people are able to practice faith in a way that is inclusive for all.

I think men have a huge role to play when it comes to equality in Muslim communities because they have different kind of power.

It’s crucial for men to champion and talk about this, and to educate people and not pick and choose Hadith.

It’s also important to be more honest about what Islam actually teaches us because we’re all going to benefit from that.

Nobody benefits from shutting people out and making people feel that they’re not included.

What happens is people then walk away, or don’t feel they belong. Who is it that is supposed to dictate who belongs in a mosque, for example?

God’s house belongs to all of us. the feeling of being unable to go to the Mosque is one of the worst feelings.

that’s why we need to go back to the stories of the past. I don’t believe Islam flourished over this many years because of the list of dos and don’ts.

Can you talk about the Open my Mosque project? 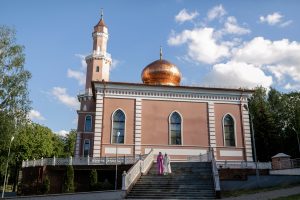 We conducted a survey and a questionnaire, which has been very revealing and upsetting. It has gathered real, lived experiences of people in mosques in Britain. We’re going to publish that report from the survey.

Whilst it’s mostly women who responded, we made sure to get men’s voices in there in terms of how they see this issue.

I’ve thought about this a lot recently, but the actual design of mosques in the UK is often structured around the male experience of that place.

Men walk through the main door whilst women are unable, like they’re almost banished and they have to go around the corner, down the stairs, into the basement or behind the bins.

I’ve had these experiences so many times, and so many people have as well. We’ve mixed all of this up with culture and other ideas that it’s become synonymous and assumed with faith.

What Open my Mosque has done is give a place to start to gather these stories on social media.

By creating and gathering stories, men will have to listen to what people are saying.

What we’ve realised is that the more we speak about this stuff publicly, difficult as that is, some Muslims don’t want you to talk about the bad stuff.

It can be seen as a shame for the community.

it’s difficult to be the one that talks about stuff publicly, but that is the only way stuff ever changes. Those of us that feel we have that responsibility to speak up, do it with sincerity.

Once men have listened to the stories, the next step is figuring out what we need to do to make a change.

Is it training, is it employing people, is it putting specific volunteers in Mosques?

Is it looking at the design of the Mosque and rethinking how we do it?

‘Aisha reported: The believing women would pray the dawn prayer with the Prophet, peace and blessings be upon him. Then, they would return home wrapped in their mantles; they would not be recognized by anyone’.

Of course, there’s enough evidence from the time of the Prophet peace be upon him that the way mosque was structured differently from how we try and do things, certainly in this country. 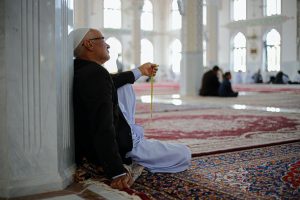 A mindset shift needs to happen. Men need to hear the examples from women and think about their roles and what power their voices can have in making these changes.

That’s what I’d like to see happen, particularly with the research that we’re doing.

Forget trying to be a radical reform feminist, we actually want to go back to how it was then 1400 years ago!

We’re not calling for Islam to change, because we’ve got the stories to back us up.  You’ve got the classic line, ‘it’s obligatory for men to go to the mosque but not for women.’

I would ask people to reflect on how many of the women, including the wives of the Prophet and other women around him, went to the mosque.

All of them! If it really wasn’t beneficial or of interest to us, then why did all of those women go to the mosque all the time?

Because we also benefit from the blessing of being in a congregation of other people and feeling connected.

Julie is not just passionate about Muslim women’s rights, but about uniting all women.

She’s responsible for co-founding a few interfaith groups, one called Nisa-Nashim, a trust-building forum between Muslim and Jewish women.

We spoke to her about what spurred her to create this group.

Stay tuned for part two of our interview, where Julie talks about her interfaith work and the importance of inciting friendship and community between women of different faiths.