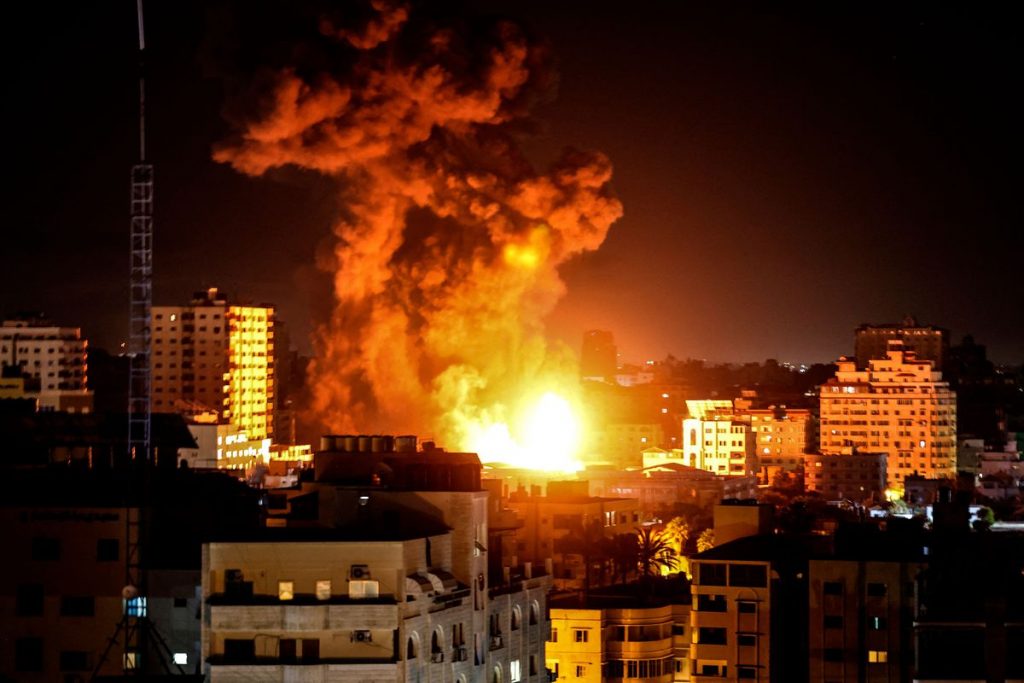 It has been 73 years since the Nakba also known as the Palestinian exodus which uprooted 700,000 Palestinians from their homes, creating one of the world’s most intractable refugee crisis. This is not ancient history. Today, innocent Palestinians are being violently attacked by Israeli forces in order to strip them off their ancestral land. This decades-long persecution cannot be overlooked as “violence in the Middle East”.

The atrocities displayed by Israel have often been referred to as a conflict in western media, a “conflict” presumes when both sides have strategies and mutually favourable solutions, but what we’re seeing now are extreme power imbalances synonymous with conquest.

The besieged, incarcerated people of Gaza are once again gripped by fear and death at the hands of Israel’s war machines. The reality that what started as demonstrations against ethnic cleansing in the unlawfully occupied East Jerusalem neighbourhood of Sheikh Jarrah has now resulted in the murder of over 200 innocent Palestinians, including at least 52 teenagers, in Gaza.

Israel terrorises Gaza on a regular basis as the locals get restless under the stresses of oppressive occupation and try to strike back, as Hamas often does. It did the same thing in ‘Operation Iron Ore’ in 2008-2009 and ‘Operation Protective Edge’ in 2014. The military rationale behind Israel’s state terror against Gaza is to target the civilian population of the tiny strip, not just Hamas, as much of the mainstream media would have you believe.

Palestinians should expect to be cleansed from areas like Sheikh Jarrah without opposition under the banner of ‘peace.’ Resistance against conquest has resulted in the mass bloodshed and devastation that we are now seeing in Gaza. About the fact that many media sources continue to refer to the situation in Palestine and Israel as a “conflict,” this terminology must change.

Israel is a nuclear-armed regional superpower that is technologically advanced, politically secure, and backed by the United States. About the fact that most Western media outlets start the clock when Hamas’ rudimentary rockets thud into the Negev or Judaean deserts or are intercepted by Israel’s ‘Iron Dome’ missile defence device, Hamas’ rockets pose no real security threat.

Hamas launched missiles in desperation in response to Israel’s victorious invasion of Palestine. Contrary to the propaganda lines peddled by Western media outlets that Hamas does not recognise Israel’s “right to live,” the organisation has repeatedly supported the legitimate two-state solution.

Although we do not condone attacks on civilians, one might argue that Hamas and Palestinians, in general, have displayed exemplary restraint in the face of such a harsh and hopeless existential challenge over the past decade or so as Israel’s invasion has become more evident.

Israel accuses its enemies of failing to recognise its ‘right to live.’ In fact, Israel works every day to ensure that Palestinians have no right to exist by maintaining its illegal permanent occupation and siege, illegally annexing Palestinian land, and illegally cleansing Palestinian families from illegally occupied East Jerusalem.

Most Palestinians have seen nothing but oppression in their entire lifetimes and yet the resilience and belonging they have for their land is commendable. They are fearless and leaderless. They think of themselves not as citizens of Israel, but as Palestinians whose, land and rights have been taken over by the Israeli state. They chant national Palestinian slogans, the world can learn so much from them but ‎Palestinians didn’t choose this life of oppression, they are being stripped of their rights. This an ethnic cleansing and humanitarian catastrophe.

The media will refer to this as “peace” until Israel agrees that Gaza has had enough and ceases dropping bombs. The clock will strike twelve once more. If those of us who believe in Palestinian self-determination and justice have some constructive part to play, it is to keep reminding the world that there is no such thing as ‘peace’ or ‘conflict resolution’ for Palestinians, only the everyday realities of Israeli conquest.

It is our duty to use the power of social media to bring awareness towards what is happening in Palestine and not turn a blind eye towards the oppressed.