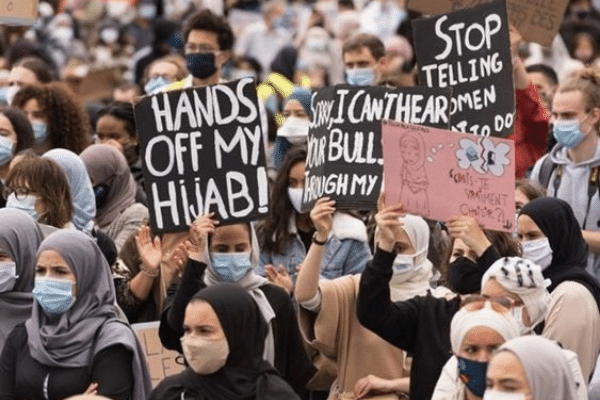 The treatment, or rather mistreatment, of Muslim women is one of the most misunderstood Islamic doctrines. In general, the mainstream Westernized viewpoint is that Muslim women are denied their rights.

The media has stereotyped Muslim women as oppressed and with little rights by consistently portraying them as fully covered (there is nothing wrong with that!) and obeying male orders.

Despite unfavourable preconceptions about women’s rights in Islam, it was the first religion to grant women rights over 1400 years ago, which many women in the Western world are still battling for in the twenty-first century.

Women are still deemed of poor status in various cultures and families, both East and West, and are unable to live an empowered and worthy existence. Many Western countries brag about and celebrate women’s rights, holding liberating marches; nonetheless, there are many other injustices and acts of inequality.

If a woman is discouraged from doing certain work in Islam, it is not because she is unable to or lacks the necessary skills. Allah has equally divided the responsibilities of men and women. Certain roles are better suited to men or women without jeopardising their rights. To add to this, women in Islam have the right to their own money and the freedom to work.

She enjoys complete financial autonomy in terms of earning, owning, and disposing of property, with no male dominance or intervention.

Those men who oppress or treat women with disdain have also been warned by Allah. The Holy Prophet ﷺ spoke about the bounty and respect of women in the midst of a severely sexist historical setting. The Holy Prophet ﷺ praised and protected women’s rights, elevating their standing.

A key verse in the Quran educates us about women’s status and rights:

While a woman in Islam enjoys financial freedom and is not required to take on family financial responsibilities, she does have the right to work and pursue a professional job if she so wishes.

Whereas men and women have been created equal in God’s eyes, women have been entrusted with upbringing her offspring on strong Islamic foundations, a good worldly education, and to become good individuals who ensure the benefit of mankind.