Why is Rabi Al Awal significant in the Islamic calendar?

Home
Islamic Occasions
Why is Rabi Al Awal significant in the Islamic calendar? 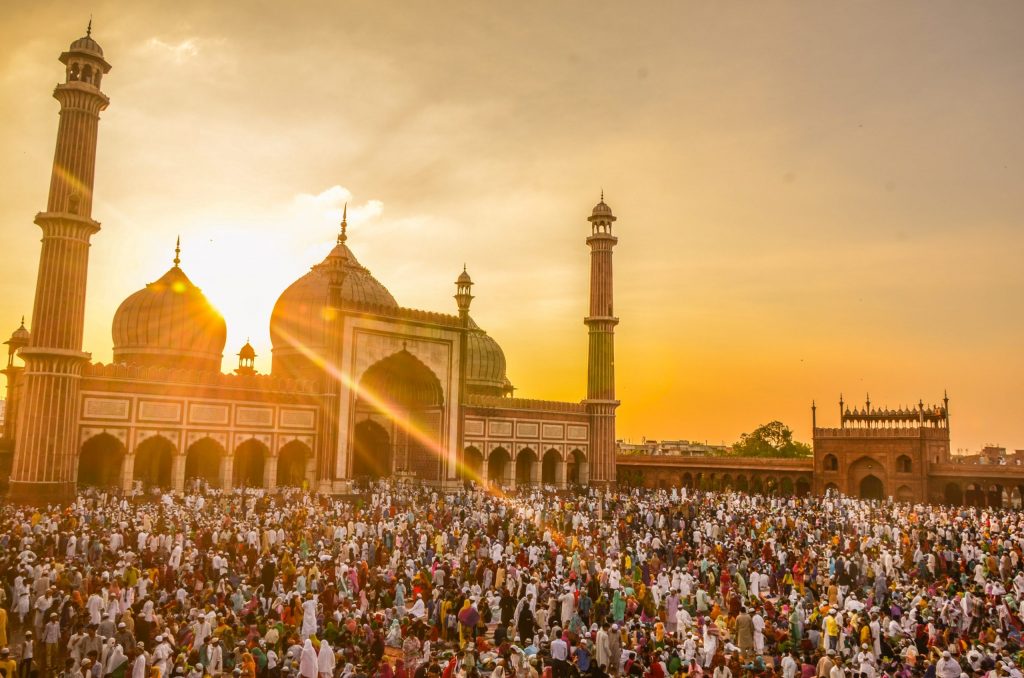 Why is Rabi Al Awal significant in the Islamic calendar?

In the month of Rabi Al Awal, the beloved Messenger (pbuh) was born.

This month is a time when we remember Muhammad (pbuh) and partake in community congregations remembering the Prophet. In this month, we can learn and aspire to embody many of the priceless and lovely facets of the great Prophet’s (pbuh) Sunnah throughout the year.

During this month, it’s apt to pay special tribute to him (pbuh). The Majestic Quran variously praises him.

How do the classical commentators understand this? It is suggested that the best way to interpret this epithet, “kindness for all people” is to look at the Messenger’s (pbuh) character. He presented an inspiring and flawless model of a living human being.

What is the meaning of “kindness for all people”? Why is he called “Rahmat-al-lil alimeen”?

Allama Mahmud Al-Alusi explained it by using the metaphor of a tree; “He is the root, and the world is the branches.” This emphasises the important position of the Messenger (pbuh).

The root provides an anchor to the tree and water and minerals needed by the leaves to produce buds, flowers and fruits. Without the root, they would wither and die.

The Prophet (pbuh) is the “kindness for all people” which means that everything gets nourishment through him.

Allah is “the Lord of all people” and He made the Messenger the “the kindness for all people”. The noun ‘Rahma’ comes from ‘Rahim’ the womb.

The mother’s womb nourishes, sustains and protects the unborn and it caters for its needs. This is another metaphor for Muhammad (pbuh) as the benefactor of humanity, like the caring mother he nourishes.

What human need did he fulfil?

In addition to material needs, humans have moral and spiritual needs. The Messenger (pbuh) was sent as the perfect model for moral behaviour. His life and teachings provide that guidance for people. By following him, humans can have an effective shield against misery, wretchedness and evil.

‘Rahma’ in the Quran has different contexts and therefore different meanings: Rain, food, Quran, life, relatives etc. The implication is that this is something that is beneficial for you, useful and advantageous.

To be kind to someone you must be alive, you’ve got to know the circumstances, have authority and be nearby. The Messenger of Allah (pbuh) is living through his teachings and guidance, he is nearby.

He showed kindness to his enemies

Once a terrified and persecuted group of Makkan Muslims came to the Messenger (pbuh) and pleaded with him, “O Prophet! Curse the unbelievers, we can no longer tolerate their torments, they are cruel to us!”

He refused to curse them and instead replied in his sweet manner, “I have been sent as kindness and not as a punishment”.

Look at the response of the Messenger (pbuh). Despite seeing his followers and disciples suffering, he reminded them to be patient. This is not about ‘turning the other cheek’ but being brave and using self-defence only when attacked.

When reconciling, forgive and be kind once they stop their oppression.

The teachings of the Messenger (pbuh) were unlike the teachings of philosophers, neither pure logic nor reason but appealed to the longing heart. Dr Muhammad Iqbal the renowned poet-philosopher expressed it eloquently in this couplet:

‘Both intellect and passion profited from Him

The intellect’s curiosity and the heart’s passion

Junaid and Bayazid’s poverty is the beauty of His character.’

The Prophet cared for the faithful

He cared about his people’s welfare.

“Your sufferings grieve him and he’s ever anxious about your welfare. He is most caring and the compassionate” (Tauba: 128).

They changed the course of history in some way. The Prophet of Islam (pbuh) occupies a unique place in this galaxy of great men. However, his certain outstanding features set him apart from all other leaders.

Prof John Draper said, “for years after the death of Justinian A.D. 569, was born at Makkah in Arabia, the man who of all men exercise the greatest influence upon the human race… Muhammad”.

A contemporary scholar Professor Michael Hart put the Prophet (pbuh) at the top of the list of most influential persons, the second is Sir Isaac Newton and the third is Jesus Christ. Professor Hart justifies his choice.

“My choice of Muhammad to lead the list of the world’s most influential persons may surprise some readers and may be questioned by others, but he was the only man in history who was supremely successful on both the religious and secular levels…

“…Muhammad founded and promulgated one of the world’s great religions and today, thirteen centuries after his death, his influence is still powerful and pervasive… Muhammad was responsible for both the theology of Islam and its main ethical and moral principles.

“In addition, he played a key role in proselytising the new faith and establishing Islam’s religious practices. It is this unparalleled combination of secular and religious influence which I feel entitles Muhammad to be considered the most influential single figure in human history.”