Why every Muslim should make a Will

Home
Community
Why every Muslim should make a Will 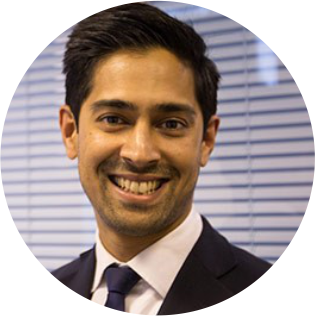 Russell Hasan Ali is a lawyer and founder of Legal Muslim - a service that helps Muslims access their Islamic rights in non-Muslim lands. His area of expertise is Islamic inheritance and the law of trusts.

Why every Muslim should make a Will

In the UK every individual has what is known as ‘testamentary freedom.’ This means that you, the ‘testator,’ can make a Will and bequeath (give) your estate to whomsoever you wish, in theory. This is not necessarily the case in other parts of Europe and elsewhere in the World. It is testamentary freedom which lays a foundation for Muslims to carry out their obligations in accordance with Chapter 4 of the Holy Qur’an – Al Nisa’, ‘The Woman’. Obligations, which almost every scholar or learned person of Islam will tell you, is that you must bequeath your estate to a number of select individuals, upon death.

In this article, I shall outline a number of key reasons amongst others, why every Muslim and non-Muslim alike should not think twice about making a last Will and Testament.

One of the biggest reasons why you should make a Will is because if you die without one i.e. to die ‘intestate’, the rules of intestacy will then apply. These rules take testamentary freedom out of the hands of a deceased person and it’s no surprise that they are not sympathetic to the needs of a Muslim. If you were to die intestate, you may inadvertently bequeath your estate to individuals other than those specified in Al Nisa, which can have consequences for one’s hereafter. In addition it can create tax liabilities which could have easily have been avoided, which is perfectly legitimate.

Often overlooked, a Will is a fantastic opportunity to appoint guardians of any infant children. Such appointments take effect upon the death of both parents. By appointing guardians, the testator i.e. the parents, have the opportunity to potentially take the decision-making of the appointment of guardians out of the hands of a court who, once again, are unlikely to act in the best interests of a Muslim child. It also means that you can directly influence who has parental responsibility over your infant children if God-forbid, a child is made an orphan.

In a world of ever-increasing inflation, the value of property seems to always be rising. This is good news for those of the Ummah who own property, but with increased wealth comes the prospect of increasing liability to death duties, more accurately known as ‘inheritance tax.’ A well drafted Will by an expert can help you plan your estate so that as much of your estate is available to your heirs and the least amount is available to HMRC by way of inheritance tax, all without compromising your Islamic values.

By making a Will, you take out the confusion of who will handle the funeral and the delay of appointing an administrator. As soon as a person dies, automatic authority to handle a deceased person affairs is devolved from a Will to the named executor. Without a valid Will, there is no default person(s) with legal authority to act and therefore an application to the court for an administrator appointment is necessary. This is particularly important in times of dispute as to how to give a deceased Muslim the correct ‘send-off. Making a court application to appoint an administrator takes time and can involve the expense of instructing a probate lawyer and court fees. However, one of the main functions of an administrator/executor is to arrange the funeral.

The above are just some of the reasons why every Muslim should make a Will and more specifically an Islamic Will. Making a Will need not be hard and should be considered a type of halal insurance. It is particularly important for those Muslims living under secular democratic rule which are not necessarily sympathetic to the goals of a Muslim.

If you haven’t made a Will there are several options; you may attempt to draft your own or obtain a computer generated Will. Alternatively, you may seek tailored advice from an individual regulated by the Solicitors Regulation Authority. Such advice is more likely to be insured (should anything go wrong) and can encompass aspects to your estate that you may not have considered or given second thought to. Each option varies in cost but the most important thing regardless of cost, is to have a Will in place.

Russell Ali is a lawyer and founder of Legal Muslim, a service that seeks to help Muslims understand their Islamic rights in non-Muslim lands.

None of the above constitutes legal advice. If you a require specific answer to a specific problem, you should seek independent legal advice.