Why does hunger prevail if God can feed everyone on planet earth?

Home
Featured
Why does hunger prevail if God can feed everyone on planet earth? 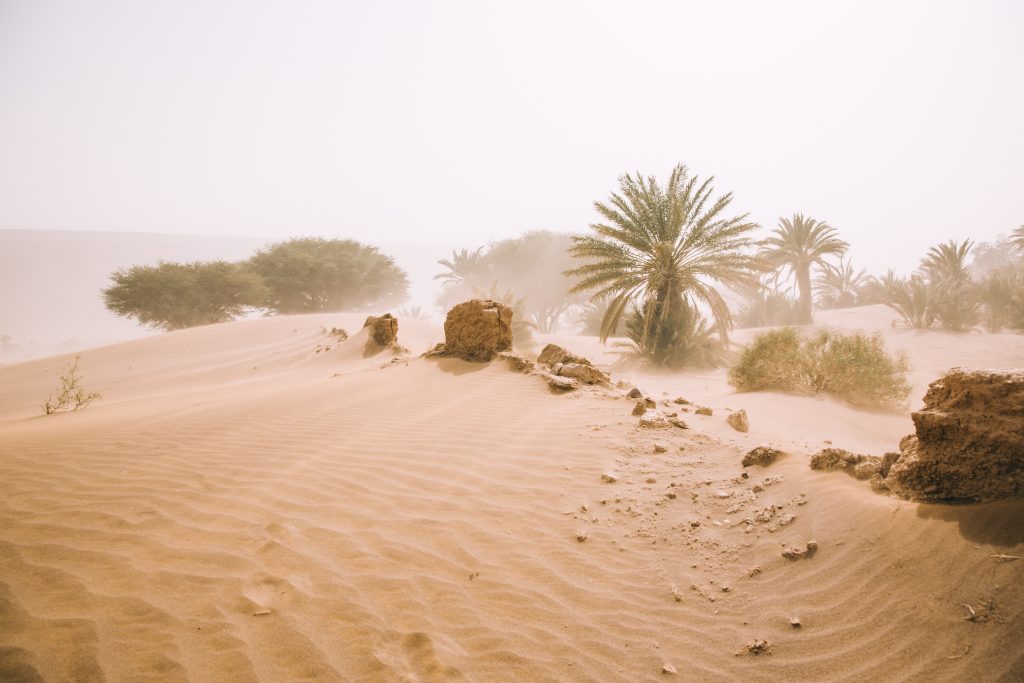 Why does hunger prevail if God can feed everyone on planet earth?

Yes, God has guaranteed that every living creature will have his/her or its provisions. He says in the Quran:

But what does this promise mean? Does it mean that what is assigned to every creature will come to that creature wherever he is and whether he works or not? To believe so is to be exceedingly naive. With the population of the world now exceeding five thousand million, it will take a planet, which is hundreds of times bigger than ours to provide all these people with their sustenance, let alone what animals and other creatures will need. Besides, what would be the point to provide all these creatures with their sustenance if they do not need to work for it? The least that can be said is that it would transform human beings to lazy creatures that expect to be fed without making an effort. The whole purpose of human existence, which is building human civilization on earth, would be totally negated. But God tells us in the Quran, referring to the earth that He “has apportioned in it provisions [for its living beings].” How can we link the two aspects together?

The Islamic view is that God has given the earth the potential, enough agricultural and animal resources to feed all those who live on it comfortably. People need to work in order to get what the earth can give. Everyone realizes this. If we were to leave fertile lands without proper cultivation, irrigation and general agricultural attention, we will make of them either barren land or land which produces wild plants, most of that are inedible. When a farmer takes good care of his fields, pulling out the weeds, using proper fertilizers, using good seeds and ensuring adequate irrigation, he gets a good harvest. He is able to sell his produce to his fellow countrymen or export it abroad. The same applies to every aspect of agriculture and animal resources. British fishermen, for example, are renowned for the way they preserve their fisheries to ensure a continuous supply of fish throughout the year. Other countries, which do not follow a similar pattern, have their fishing resources depleted or at least experience sharp seasonal fluctuations in their catch of fish.

At that time, people tended to think that the earth would not be able to support many more human beings. How was it able to support five times that number? The fact is that man has been able to tap more resources by using new discoveries, such as electrical power and innovative methods. I am not suggesting that population increase should continue unchecked, but I am saying that the earth has far more untapped resources than what human beings now utilize. For this reason, man can enjoy a far greater degree of affluence, if only he would care to tap these resources and put them to proper use.

Let us consider the following two examples. When the population of Egypt was in the region of 15 million, in the late forties and early fifties, the country’s agricultural produce was sufficient to feed its entire people comfortably. Now, the same agricultural land has to feed more than treble that population. Although Egypt has the Nile running the whole length of the country, it relies for its agriculture on a very narrow valley extending all the way from its southern borders to Cairo and on the Nile delta. Yet the Nile waters can be used to reclaim vast desert areas. Besides, Egypt has a wealth of underground water. There have been some attempts to reclaim desert land particularly in Sinai, which has now good agricultural production in certain areas. Moreover, a fantastic project of drawing Nile water to irrigate Sinai desert land has already started to pay good dividends. Much more can be done in this area and Egypt can easily treble or quadruple its agricultural produce.

Until recently, Sudan was considered a country with enormous agricultural and animal resources. It has abundant water resources in the Nile and the Blue Nile provides an easy, cheap method of irrigation. Only recently there were projects which aimed at making Sudan the breadbasket of the Arab world. Nevertheless, now why Sudan suffers this miserable state of affairs is not for the lack of resources, but the mismanagement of these resources. There are many more examples like this.

If we add to such examples causes like ill-advised policies, based on wrong priorities, dictatorial governments which allow corruption to spread, wide-scale mismanagement and the work of these forces which want to preserve the present situation which concentrates wealth in the hands of the few, you have an unfailing prescription for continued poverty in potentially rich countries.

If we look at the world situation, we find far too many situations where potentials are not realized and people continue to suffer as a result. What we conclude from this is that God has given us the means to feed ourselves properly, but we have not used those means in the right way to benefit by the potentials. The fault is with man and not with God. Many people ask why does God allow people to perish of starvation in Ethiopia? If we look at the situation in Ethiopia over the last sixty years, we find that the Marxist dictatorship of Mangiest has replaced the miserable dictatorship of the former emperor. It is the policies of these governments that had brought Ethiopia to the point of collapse. It may be asked why people should be left to suffer if the government is not following proper policies. The answer is that the people are also responsible for allowing such a government to continue without trying hard enough to either cause the government to reform its policies or bring in a different sort of government.

Islam does not only make it an essential part of man’s role on earth to realize the potentials of the planet on which man lives, but also to ensure fair distribution of wealth. Its system which regulates the use of agricultural produce, the break up of wealth through inheritance, help to the poor through the Zakah system, are just a few aspects of the Islamic system which bring about justice for all and guarantees everyone a decent standard of living when it is properly implemented. Man, however, must work to implement the Islamic way of life.

Otherwise, injustice will continue and man’s suffering will be perpetuated. Without hard work, man cannot expect to reap any fruits. We cannot blame God for our lack of efforts. He has given us the means to increase human wealth, but we have to utilize those means. Unless we do that, the present ills of human society will continue.