Why are so many Muslim Men being entrapped by Andrew Tate?

Home
Community
Why are so many Muslim Men being entrapped by Andrew Tate? 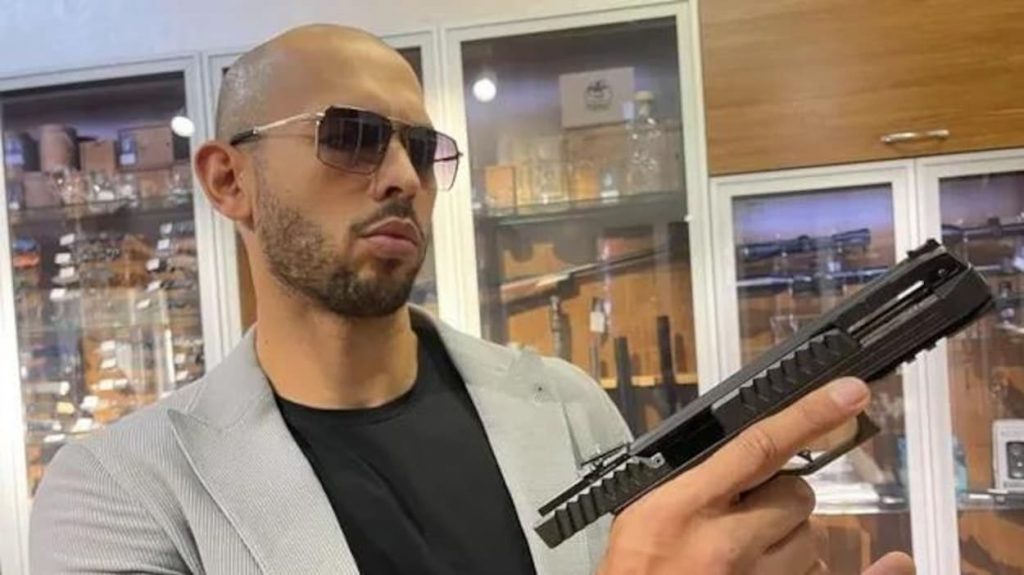 Why are so many Muslim Men being entrapped by Andrew Tate?

It’s time to take a deep dive into why Muslim men are being influenced by the notorious misogynist, Andrew Tate.

We are in the digital influencer age. Gone are the days of the nonorientable time of the celebrity, but now, everyone can create a platform and become ‘somebody.’

Whilst this isn’t inherently bad, lots of beliefs and ideologies are beginning to take centre stage. Opinions are merging into fact, which is shifting societal values and the moral alignment of the masses.

One such individual is Andrew Tate. Focusing his energies on lost men, he’s redefining the manosphere.

He has amassed a big following, and a large number of people supporting him are Muslim men. Let’s look further into why exactly this is the case.

The rise of Andrew Tate

Andrew Tate has the male population in an iron hold. His ‘no bs’ policy and frank talking have attracted a lot of people who may feel scared to speak up in the public sphere about their extreme opinions.

His ideologies are rooted in misogyny and he revels in motivating men through materialistic and superficial ideologies. He has taken it upon himself to embody his extreme idea of ‘masculinity’.

He often talks about how a woman’s role in life is to be submissive and serve a man. In one of his most popular videos, he states women should just ‘shut the f*** up, have kids and stay at home.‘

In a few of his videos, Tate has praised Islam, stating it’s the religion has the most respect for and that it ‘solves all the modern-day issues that men are facing,’ which has made many Muslims more partial to listen to his twisted ideologies.

Digital spaces such as British Muslim Twitter aren’t shy of hundreds of opinions similar to that of Andrew Tate. Many blame feminism for modern-day problems faced.

Since the 29th of August he has since been banned on all accounts, however, he still remains a notorious figure on social media.

Red pill masculinity has become a branch in the digital community of the manosphere, a place where men go to discuss men’s rights movement, as well as getting tips on how to pick up women. Andrew Tate’s ideologies directly line up with that of the red pill, and thus he’s amassed a fiercely protective large digital community as his following.

By mentioning Islam, Andrew has captured not just the manosphere but has been able to spread his influence to young impressionable Muslim men.

In our society, more and more young men are being raised without prominent male role models. In 2020, there were 2.9 million lone-parent families, which accounts for 14.7% of families in the UK, and even more families with non-present father figures [i].

Tate leeched onto those that lack strong masculine role models in their life and has been able to use their vulnerability for his own gain. As a result, he has indoctrinated their minds with the new age idea of masculinity, rooted in arrogance, capitalistic desires and superficiality.

The Evil of Arrogance

Arrogance is a character trait that is seen as unfavourable in Islam.

It can be easy to get caught up in worldly desires and want to exert materialistic power over others. Who doesn’t want an abundance of wealth, success and leverage over others? However, this is wrong.

We need to stop relying on influential figures like Tate to dictate how we feel about ourselves and strip back to our traditional roots of what makes good ikhlaak and what our Islamic duties, both as men and women.

Tate often focuses on men, what men deserve and what men should get, appealing to an audience that feels like they’re losing in this world. However, he is leading Muslim men down a rabbit hole of self-centred foolishness. Our existence is more than just about us, it concerns the rights of women and our obligation to the earth and God.

Women also have many Islamic rights that need to be made aware of by Muslim men, and this can be done by studying the Quran and Sunnah.

As Muslims, we are blessed to have an abundance of male role models throughout history to look up to.

We will be releasing a 4 part series in the Magazine: Virtues of Men, whereby we follow different Prophets, share their history and talk about their character. We want to inspire young Muslim men and help them realise that they don’t need to look any further other than their own faith to embody the true meaning of being a man.