Why do Muslims celebrate Eid Al-Adha? 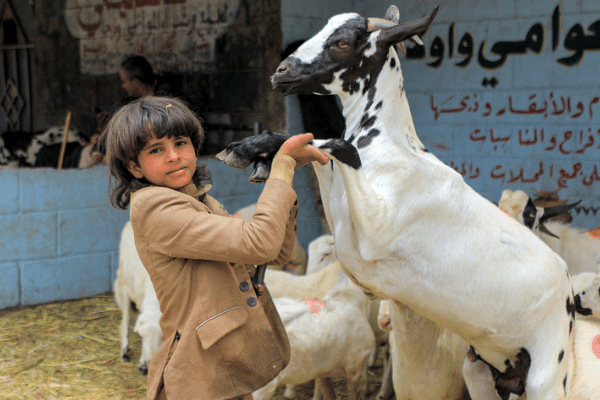 Why do Muslims celebrate Eid Al-Adha?

Over the next week, Muslims all around the world will be celebrating Eid Al-Adha. Surrounded by family, food and gifts, what’s not to love?

But what is the importance of this day, and what does it mean for Muslims?

Eid Al-Adha is celebrated on the 10th of Dhul Hijjah, the last month in the Islamic calendar.

The phrase Eid Al-Adha translates directly to the Festival of the Sacrifice. The sacrifice mentioned refers to the Prophet Ibrahim (Abraham), whose faith in God was tested when he was ordered to sacrifice his son, Ismail.

Ibrahim willingly gave up his son, but when the time came to sacrifice Ismail, God intercepted. Allah (God) instead switched Ismail’s body for a lamb, which was sacrificed, and Ismail lived.

Eid Al-Adha is deemed to be the more important festival compared to Eid Al-Fitr, as it is centered around the devotion to God.

To show their devotion to Allah, Muslims will mirror the actions of the prophet Ibrahim, and will slaughter an animal. A third of the meat is taken by the one offering the sacrifice, another third to friends and the rest is given to the poor and needy.

The only animals allowed to be slaughtered are sheep, cows, goats, buffalo, and camels.

Those Muslims who are well enough and financially able to travel to Saudi Arabia and complete the Hajj (pilgrimage). In five days, Muslims travel from Mecca to Mina, Arafat, Muzdalifa and then return to Mecca.

The aim of the pilgrimage is to wipe away all sins committed in front of Allah, by showing your dedication through the pilgrimage.

Those who are not able to travel to Mecca often choose to fast the day before Eid, known as the Day of Arafat.

This day is deemed the holiest in the Islamic calendar, and is known as the Day of Repentance.

It is believed to be the day the prophet Muhammad delivered the Farewell Sermon to those who had accompanied him for the Hajj towards the end of his life. It is also the day the completion of the message of Islam is said to have occurred.

Traditionally, the day of Eid is spent surrounded by family, friends and loved ones. The best clothes are worn, and the nicest food is made.

Most Muslims will perform Eid prayer at the mosque, and will soon after distribute gifts and money amongst each other.

From all of us at The Invitation Magazine, a blessed Eid Mubarak to you all!