What will come after the Pakistan floods?

Home
Community
What will come after the Pakistan floods? 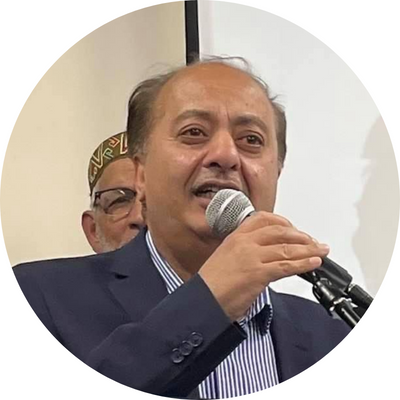 What will come after the Pakistan floods?

The devastation by the recent floods in Pakistan is unprecedented both in scale and intensity in the history of the region. The UN Secretary-General Antonio Guterres describes it as a “ climate catastrophe”.

According to the Disaster Emergency Committee comprising of fifteen international relief charities:

Other international charities in the field will have their estimates and projections for the devastation caused but the fact remains that the floods have hugely impacted millions.

UK-based international charities like Islamic Relief, Muslim Hands and Muslim Aid have been on the ground from day one and continue to make life saving interventions in the hardest areas. Their efforts need to be commended and supported.

However, the long-term impact will be so huge for a country like Pakistan. It’s already beleaguered with crippling debts, a sluggish economy, spiralling cost of living and political instability.

The charity sector, although, commendable and vital to the recovery and reconstruction, can’t be expected to compensate for the shortcomings of the country’s government.

The task of rebuilding is so huge that it would require more focused inter-government mobilisation and intervention on an international scale.

The flooding has decimated the country’s infrastructure -roads, schools, hospitals and other ancillary support services are annihilated or rendered dysfunctional.

The hardest hit is the children, already medically frail, the elderly and those already existing below the poverty threshold.

The risks to their well-being would be for many years as the process of recovery and construction will slowly meander forward with uncertainty.

Let us also be reminded that the next cycle of the rainy season is not too far away.

On a long road to reconstruction, the danger is that the dire plight of those affected will be out of the news and off our radar.

Another disaster, another calamity and another pressing concern will come forth to divert and distract the attention away. With time, the emotions and connectivity will also fade away.

These are perhaps two of the biggest dangers that need to be carefully mitigated. What happens when the cameras are switched off and the plight of flood victims is no longer current news?

Something for us to think about is the beast of complacency. Be forewarned!

The response from the British Muslims, as always, has been most generous and heart-warming considering that we are one of the poorest communities in the U.K.

We ourselves are not extremely well placed in many aspects: having not fully recovered Covid-19 pandemic which disproportionately impacted our health and economic well-being, grossly punctuated by inherent inequalities.

Islamophobia and racism continue to impact and thwart our journey forward. There is also heightened anxiety about the spiralling costs of food, energy and mortgages.

Families are having to choose between paying for their food or energy bills or mortgages to keep a roof over their heads.

Despite all this, the generosity of the community is heartwarming and inspirational.

Given the economic climate here, how far will British Muslims be able to keep extending their unquestionable generosity? This is an important question which should not be taken lightly.

The long road of recovery and construction must begin in earnest now.