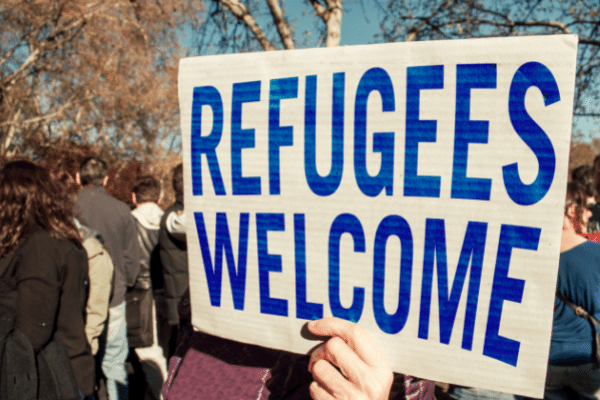 In Afghanistan, the recent events have brought enormous uncertainty to its people as the world has watched with horror.

The need to welcome Afghan refugees has never been greater.

Following the UK government’s announcement that 20,000 Afghan refugees will be resettled in the country over the next few years, British citizens around the country are doing their part to welcome them. Humanity shines through in times of adversity, from sending messages of support to volunteering their homes and donating what they can.

Here are four ways in which we can all help the Afghan refugees:

Donate clothing and other necessities:

Many people in the UK have been moved by the catastrophe in Afghanistan, and organisations have reported an outpouring of clothing, toiletries, and other supplies.

These items are still required. Care4Calais, a Manchester-based charity, has set up drop-off stations across the UK where individuals may bring basics to be sorted and distributed to those in need.

Quality footwear and outerwear for adults and children, as well as strollers, baby carriers, and unlocked smartphones, are among the most popular items at Care4Calais, according to the company.

One of the most pressing issues is finding shelter for the Afghan refugees. People can advertise spare rooms or second houses on the government website or through organisations like Refugees at Home and Room for Refugees, dubbed “Airbnb for refugees” by some.

In the case of Airbnb, the room-sharing service has offered to temporarily accommodate 20,000 Afghan refugees around the world. The corporation will cover the fees, and through its Open Homes project, it is encouraging more people to sign up as hosts.

Be courteous, friendly, and respectful:

It is critical that refugees who are resettled, many of them in people’s homes, are made to feel welcome.

Volunteers are needed to assist in sorting donations so that they can be delivered quickly to individuals in need.

Meanwhile, the British Red Cross has a variety of positions open, including volunteer caseworkers. They will be in charge of assisting refugees in rebuilding their lives, finding jobs, and settling in the UK in the next weeks and months.