Water: the blessing that enables life on Earth 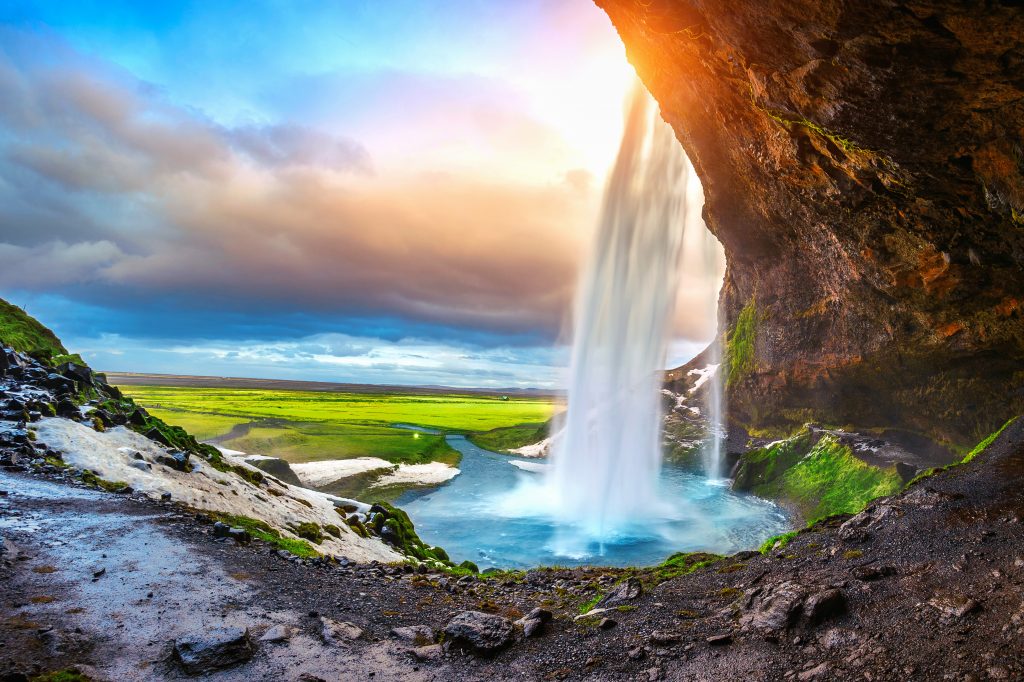 Water: the blessing that enables life on Earth

Water is an extraordinary blessing from Allah. To appreciate this, we must first understand that water molecules consist of two hydrogen atoms and one oxygen atom. The oxygen atom attracts the electrons to one side of the molecule, resulting in slight positively and negatively charged ends. This causes attraction between water molecules and is responsible for the many special properties of water.

Almost all small molecules are gases at room temperature. However, the attraction between water molecules holds the water molecules closely together so that water remains a liquid until 100oC. This attraction also means that a large amount of energy is required to raise the temperature of water, so bodies of water like the ocean stay at relatively constant temperatures. On the flip side, a large amount of energy is required to cause water to evaporate, so when we sweat, the evaporation of the water in our sweat takes the heat away and cools us down.

As water freezes, the water molecules arrange into a crystalline structure which causes the water molecules to become spaced further apart. This results in a lower density and causes ice to float so bodies of water, like lakes, freeze from the top down. If water froze from the bottom up, then fishes and other animals that live in water would not survive their cold seasons.

Many substances can dissolve in water such as the nutrients that plants take from the soil and the sugars that plants produce. These are then transported around the plant by the movement of water up through the roots, stalk and into the leaves, even for the tallest trees, without a pump like the heart. This is possible due to capillary action, where water clings to the sides of the thin tubes inside the plants and pulls itself up. Water molecules also stick together and water evaporating from the leaves, pulls the column of water up the stalk. Finally, water is important for supporting life, as it is also involved in many biochemical reactions.

The Majestic Quran further describes the blessings of water. He sent water from the sky for you to drink and to grow the grasses on which cattle graze. With rainwater He grows crops: olives, dates, grapes and every kind of fruit. In that are signs for those who reflect deeply. He created the night and the day for your benefit; the sun, the moon and the stars all follow His command. In that are signs for those who understand. He produced objects of many colours on the Earth for you; In that are signs for those who accept advice. For your benefit He created the sea; from it you get fresh meat to eat, and extract jewellery that you wear. You see the ships sailing over the waves to seek His gifts, so you may be thankful. He placed the mountains firmly on the Earth, so it doesn’t shake beneath you, made the rivers and the tracks so you can find your way, and many other signposts, including the stars for guiding the travellers. (Al-Nahl: 10-16)