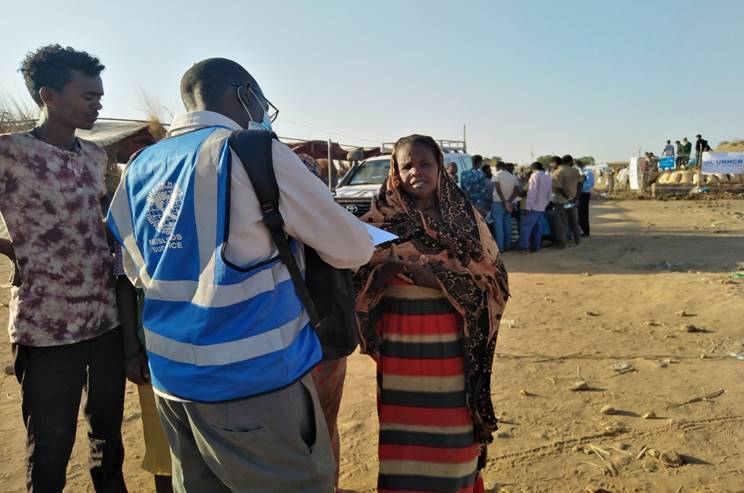 Thousands flee the Tigray into Sudan, with little clothing and no food, devastated, many have been forced to leave behind their loved ones.

Forced to leave their homes. Each family has either lost a loved one along the way or has left someone behind. Many of the elderly, pregnant women and children were unable to make this difficult journey. ‘Those who have made it are exhausted, weary as they reach the camps and many are at a loss’, said Dr Ismail Abdalla, the Muslim Hands Sudan Country Manager.

Over 42,000 Ethiopian refugees, mainly women and children made the treacherous journey to eastern Sudan, over the past fortnight. The number is expected to rise over the coming months. Many are either malnourished, injured and have none of the basic necessities for survival. Sudan is already facing hardship due to the recent floods, the worst in over 100 years, devastating over 650,000 lives by destroying livestock, homes and increasing the risk of diseases such as malaria and now coronavirus. Political instability and the rising poverty rate, means that the country who hosts millions of refugees from across Africa, will struggle in facilitating and supporting the rising influx of refugees.

‘These refugees are psychologically impacted because of the horrific circumstances they have had to endure. Each has their story and they speak with so much agony inside’, said Dr Ismail Abdalla.

Hainyat Daslian is 47 years old and a mother of five children. Her family escaped the war from the Amhra region, but her husband, a farmer and sole breadwinner, was left behind. Now reliant on assistance, Hainyat is desperate to reunite with her husband, and is left hopeless on whether that will even be possible.

Just last weekend our teams on the ground in eastern Sudan distributed emergency packs as part of its first phase response at the Umrakupa camp. Each pack contains flour, dry corn, and medical items to protect and support 2,000 families who have now settled in makeshift tents.

Tafsy Alam is 55 years old and is one of thousands of refugees, who has fled the war to seek safety in eastern Sudan. Walking for five days he had no choice but to leave his family of eight including his wife in Ethiopia. Once a farmer, he now relies on assistance from humanitarian organisations that visit the camp, which is now home to 10,000 refugees.

Muslim Hands has been working in Sudan for over 15 years, supporting various projects which focus on education, livelihoods, health, and food security.