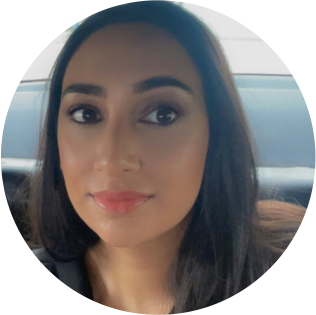 Muskaan Jamsheid is a 24 years old graduate with a joint honours degree in childhood studies and psychology, with her majoring in psychology. She is the project coordinator for HumanKind. Outside of work, she enjoys fitness, badminton, reading and watching classics.

Formally known as the trust-building forum, HumanKind seeks to create a world where we live in harmony with each other. On 7th July 2022, the Karimia Institute held its annual ‘HumanKind’ lecture, which was part of a relaunch of the Trust-building campaign.

The launch was held the Nottingham Trent University. We were honoured to have Dr Bin Khalifa bin Duajj Al Khalifa as our Keynote Speaker. He is the executive director of Isa Cultural Centre and the chairman of the board of trustees of King Hamad Global Centre for Peaceful Coexistence in the Kingdom of Bahrain.

The seminar was attended by a number of high-profile guests such as the High Sheriff, Paul Southby and Police Chief Constable Craig Guilford. Our honourable, eminent and esteemed community figures Syed Lakhte Hassanain and Dr. Musharraf Hussain OBE, DL, were also present.

The event saw the formal launch of HumanKind, an innovative and revolutionary programme to overcome discrimination and misconceptions about Islam and build a positive image of Muslims. This motivational, heartening and inspiring event intended to reduce misconceptions through dialogue and discussion.

Our special guest, Dr Bin Khalifa, lead the way with his lecture which drew on his vast experience of unity and cohesion amongst various communities around the globe. He spoke about how cultural diplomacy is centred around the firm belief that in fighting obstacles to peace, the most effective weapons are education, awareness and communication.

He further discussed that in the last decade, religion has inappropriately been used as a tool for fanatics and that his priority was education that would protect young Muslims from this:

Through education, young Muslims will be able to better understand the concepts of diversity and pluralism. They would learn how to care and respect for their community and others around them regardless of their race, religion and culture which will help them gain healthy relations.

Humankind aims to break down these stereotypes and misconceptions by incorporating change in actions and attitudes.

Invitation to become an Ambassador

HumanKind is seeking to train people to become voluntary ambassadors who can play a vital role in promoting peace, breaking down misconceptions and preventing fear between the wider British and Muslim communities.

Dr Musharraf, the founder of Karimia Institute, stated that the Humankind project would “be great to eradicate misconceptions and stereotypes that the Muslim community and the wider British community have of one another”.

“We are proud of these great values, however, these almost euphoric slogans fail to materialise in our complex British society. Neutralism and Diversity are attractive notions but society has failed to embrace them.”

“The absence of trust leads to suspicion and doubt. HumanKind is particularly important when there is uncertainty between different communities”. The Humankind project will help us all to understand these major issues by exploring our common bonds.

“It was a really good relaunch for the trust-building project. Over 100 people attended, and a few people signed up to become ambassadors. Chaplains from NTU met the Chaplains from the University of Nottingham. There was lots of networking and dialogue. Creating relations and working together is an important part of trust building within our communities”.

The event was inspiring and we are now looking for Ambassadors to join our initative. More information about HumanKind and ways you can volunteer and be involved can be found here. You can also contact us by emailing here.