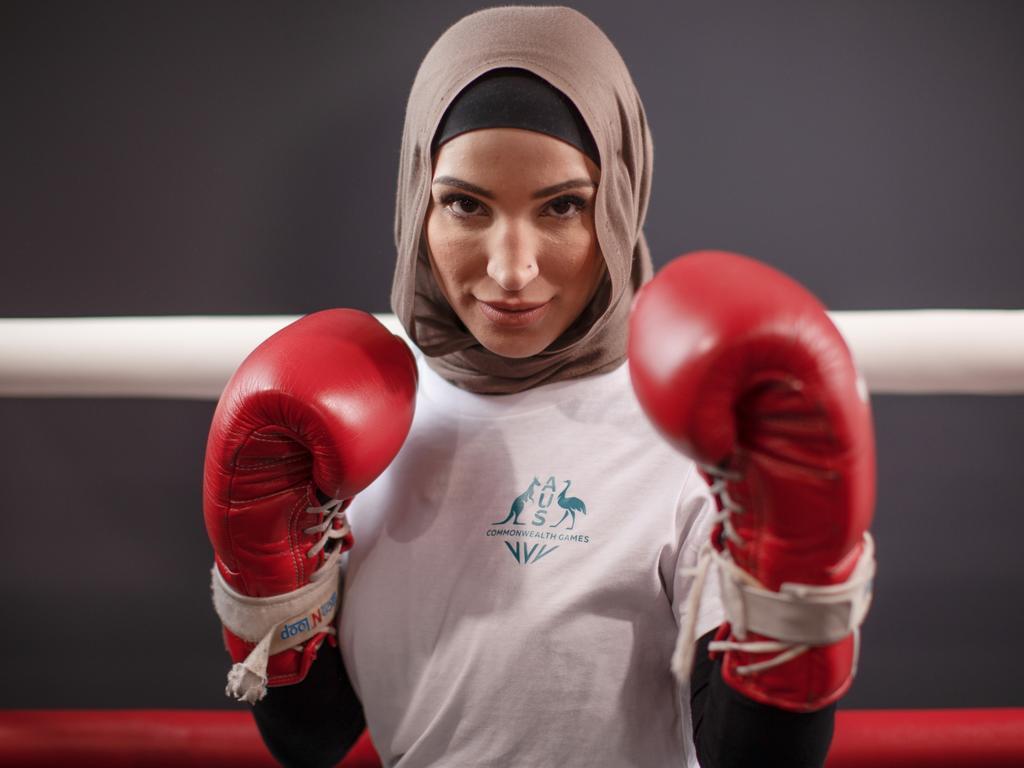 Tina Rahimi stepped into the ring as the first Muslim woman to box for Australia in the Commonwealth Games and stepped out as a medallist after a trailblazing performance.

“I’m showing them that you can do anything in the hijab to follow your dreams.”

The 26-year-old from Bass Hill only took up the sport for fitness four years ago, whilst working as a make-up artist.

Six months after enrolling on her first class, she stepped into the ring for her first match. Seeing another hijabi boxer is what spurred her on to compete. “Back then there were no other hijabi fighters. And after I saw her fight, I was like, I want to do it.”

Tina grew up in Australia with her Iranian family. Her upbringing wasn’t easy, as she was predominantly raised by her father, who was a champion wrestler in Australia.

Because of his athletic past, he pushed the girls to enjoy sports as hobbies, through swimming and football. However, boxing wasn’t something that was on anyone’s radar until Tina took the classes later in life.

Tina will stay in amateur boxing and is hoping for gold in next year’s World Championships and then the Olympics in 2024.

She shares how boxing has brought her closer to her faith [i].

“I just have full faith in God.”

“Before every single round, I always say like Bismillah, Allahu Akbar; I always make a lot of dua,” she says.

“It’s good in a way that I do boxing because I actually feel like, as weird as it sounds, it brings me closer to God.

“I’ll do extra, just so God can answer my prayers. I’ll wake up for thajjud and then I’ll do my morning (fajr) prayer, and then I’ll go back to sleep.

“I just have full faith in God. And I just know whatever’s meant to be for me, will be.

“It’s great for me to inspire other females and for them to look at me and think that anything is possible because look at how I dress, and fighting in the hijab. It’s amazing for me to give that inspiration.

“I’m hoping that people can see that Muslim women are just normal people.”

She hopes the fame and exposure she gets will help change public perception of Muslim women in general, particularly hijab-wearing women.