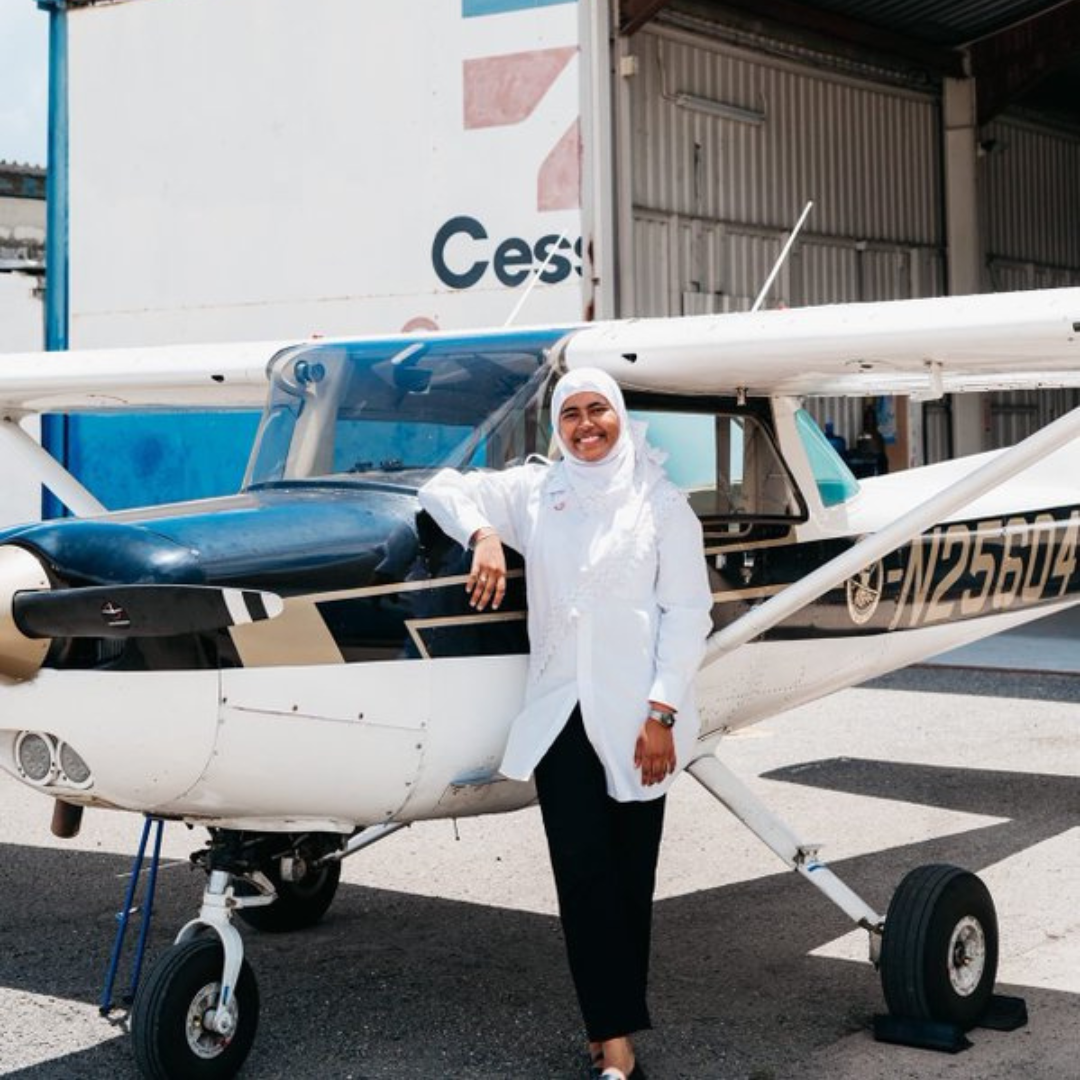 Hassanah Al-Saba has become a locally trained pilot in Jamaica in August 2022 and is inspiring others to pursue their dreams.

She received her pilot’s license on August 25th, 10 days after her 22nd birthday.

“I want to show Jamaicans and young women that just because an industry is male-dominated, it doesn’t mean there isn’t room for you. I didn’t want to wake up to a job I hate.”

In an interview with television Jamaica, she stated,

“Just because I dress differently and I have different beliefs, it doesn’t make me a less competent pilot than anyone else.

“It’s a lot of money. Whilst I was going to school, I was working a full-time job and part-time job just to keep the dream alive.

“I’d ask my friends and family for support and I wrote to so many companies to fund me. At the time all of them said no, but that didn’t stop me. I’m still going to be a pilot.“

Her dream is to be a commercial pilot, which she estimates will take her 5 years to reach.