Home
Featured
The War on Hijab 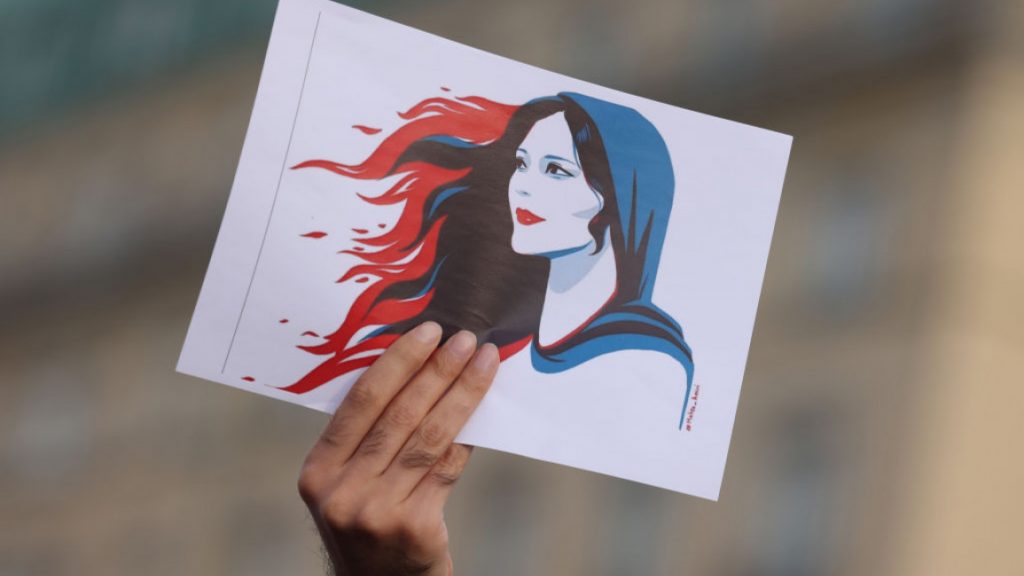 As a Muslim woman, I find myself advocating online for the hijab, and actively opposing the anti-Islamic rhetoric that’s being spread in Europe through hijab and burkini bans.

I root myself in what often feels like a defensive stance against the spreading ideology that the hijab is a symbol of repression.

However, there are times when we need to have open and honest conversations about how the hijab can be used as an oppressive tool.

Following the death of Mahsa Amini in Iran, protests have erupted across the world to liberate the country of its mandatory hijab ruling.

The young Iranian woman died in Tehran after being arrested and allegedly beaten by Iran’s “morality” police last Thursday, for donning what they deemed to be ‘bad hijab’.

Whilst Iranian officials said her death was due to a heart attack, Amini’s father alleges the bruising on her body shows she was assaulted during her arrest, and she showed no previous signs of heart issues.

A few hours later after being taken by the morality police, Mahsa ended up in a coma and was pronounced dead soon after.

Amini is unfortunately one of many that have been taken for ‘retraining’ if caught with a bad ‘roosari’ which has sparked protests in Iran. Women are burning their headscarves in a bid to make a statement against the regime.

Whilst some may view the rulings in Iran to be synonymous with Islam, there’s nothing Islamic about this approach to bullying women into covering their hair.

It is important to note that the hijab has been clarified as a command by Allah (swt), and has been mentioned several times in the Quran.

‘And tell believing women to lower their gaze and be modest; they shouldn’t expose their beauty in public, except what is normally showing; and cover their bosoms with headscarves’

Whilst there is a debate on the intricacies of what the term ‘hijab’ constitutes, we know this involves modest dress and some covering of the hair.

The British Fatwa council, a group of well-versed individuals in the Quran and sunnah, clarify what a hijab embodies.

‘The Hijab of a woman must cover the whole body except for her hands and face. There is no specific piece of clothing or colour that constitutes a Hijab. Rather the clothing of women must follow the following conditions.’

However, this command does not give people the right to forcefully dictate women to wear a hijab. The fatwa continues.

‘As with any act of worship, the Hijab should not be used to feel superior over others who do not wear it. The Prophet ﷺ said: “Avoid that which I forbid you to do and do that which I command you to do to the best of your capacity.”

‘It is unjust to criticize our sisters or treat them differently for not wearing the Hijab.

‘There is no conflict in adhering to an Islamic dress code and elegance. Wearing the Hijab must be with full conviction and not imposed on the wearer. Decency, dignity, and modesty from within are just as important as is wearing the physical Hijab.‘

Prior to the Islamic regime being established in Iran, the country was ruled by Reza Shah.

Whilst the Shah’s leadership can be fondly remembered by people today through ‘before and after Islamic revolution’ comparisons, this rulership, like all, also had its problems. Whilst this leadership adopted Western-orientated secular ideas, it also restricted political freedoms.

As well as this, veiling was banned under the Shah’s rule. Soldiers were known to forcibly remove the headscarves of women who wore them in public after the 1935 statewide hijab ban.

Women in veils were not authorised to enter restaurants, theatres, or to engage in professions requiring professional attire.

Only a few decades later were these practises totally reversed, making Iran the only nation in the world (apart from the Taliban’s new Afghanistan) where every woman is required by law to wear head coverings.

Women in the firing line

Whether banning the burka or making it compulsory, they are two sides to the same coin. This fickle approach to the hijab highlights how Muslim women are the first to suffer the consequences of political dogma, whether it be through Western-inspired liberalism or extremist, religious bigotry.

In actuality, most laws governing Muslim women’s clothing, such as bans on burkinis in France or the requirement of head coverings in Iran, have little to do with Muslim women themselves. Instead, they serve to further entrench patriarchal control over females.

The tendency to regulate women’s bodies has a domino effect when it is supported by those in positions of authority.

“There is no compulsion in religion. Guidance is clearly distinct from error.”

The role of the media

Islamophobia has become intertwined with our socio-political landscape. Because of this, it’s no surprise that Western media outlets have picked up on this story.

Whilst media coverage is necessary in order to amplify Iranian voices, we shouldn’t be simple-minded about this angle of representation.

Whilst Western activists and leaders are advocating for Iran to be free of being an Islamic state, there is an echoing silence when it comes to the rights of Muslim women in ‘Western’ countries.

Whilst the hijab is mandatory in two countries, Iran and the Taliban’s Afghanistan, many more countries also refuse to give Muslim women the right to wear a hijab.

Western media creates a moral panic and thus further perpetuates the notion of a barbaric and regressive Islam.

True Muslims should be advocating for the removal of having the hijab enforced against one’s will as this goes against Islamic ethos.

The primary question in the hijab discussion is agency.

The hijab is not something to be imposed against one’s will.

Women must be given a choice whether they wish to wear it or not. This decision should not be prescribed by anyone except themselves.

Muslim and non-Muslims have been active on social media in order to share the issue of female agency.

‘Whatever a woman chooses to wear, she has the right to decide for herself.’ said Malala Yousufazi, nobel peace prize winner.

‘I am calling justice for Mahsa Amini’.

To stop senseless tragedies like Mahsa Amini’s death, men who discuss, prescribe, and enforce women’s clothing rules must be outlawed or at the very least rendered irrelevant.