The Sunnah of Sport 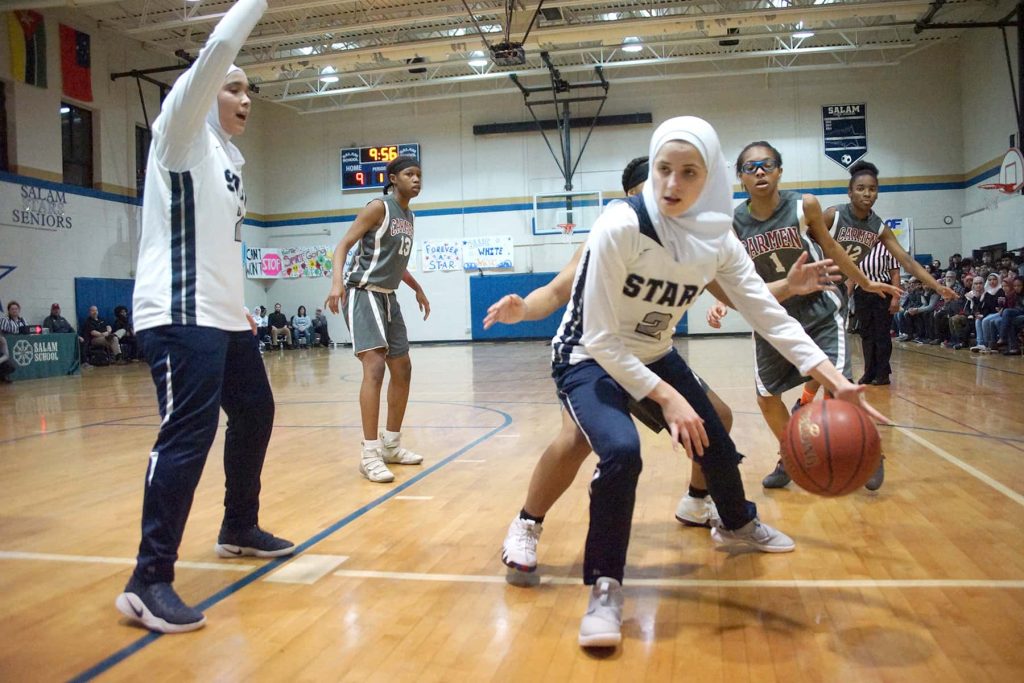 The Sunnah of Sport

Despite Islam advocating for sports and movement, many Muslim communities have settled into a sedentary lifestyle.

This, combined with impoverishment, language and cultural barriers, has isolated Muslims, particularly Muslim women, from participating in sports.

Going back to the principles of Islam, sport is a vital part of our deen.

In fact, swimming, archery, horse riding and wrestling are considered a mustahabb, which is something desirable to do in Islam.

More organisations are coming forward to promote physical activity and well-being within our communities.

Groups such as Muslim Hikers and Wonderlust Women are just some groups that are working towards bridging the inequalities that stop Muslims from participating in sports.

Amongst them are the Muslim Sports Foundation, a national charity that aims to support & facilitate sports for those at the very beginning of their journey. They do so whilst making it as easy as possible for people to try different sports and get involved.

As well as this, they aim to educate the masses that Islam is not a barrier to participation and promotes physical activity and well-being.

In just two years, they’ve been able to reach a whopping 20,000 participants to attend their sporting workshops and sessions, with a participation rate of 42% female, 52% male.

In November 2021, the MSF was awarded “Charity of the year” at the Birmingham Awards and has become a National partner of Sport England.

An active person is deemed so by government guidelines if someone exercises 150 minutes a week.  Being inactive is approximately less than 90 minutes a week. The statistics were very, very low for the Muslim community.

From our own research, we found that there are central zones where Muslims are less active, and those statistics were inner city urban areas.

We found the more religiously conservative the community, the less participation in sports outside of school or formal education.

What kind of work do you do?

The MSF work with mosques, to establish youth centres within the location and extracurricular activities within communities.

We realised women want to have a safe space with someone they can recognise. Sometimes you need coaches who may look like you or at least understand the community and how to work with a group of Muslim ladies.

Part and parcel of our programme are that we upskill and provide coaching qualifications.

Just off the bat right now, a sport which we struggled with historically is swimming. We currently have a cohort of about 30 women who are doing coaching qualifications to become swimming instructors.

We’ve had women who have never done badminton before, and they’re playing badminton, squash, netball and hockey. There are even gymnastics and Yoga sessions.

We are just happy to accommodate people in a comfortable environment.

You have sisters turning up in niqab and they feel comfortable and confident to be able to do that, and they’ve never really had that opportunity before. 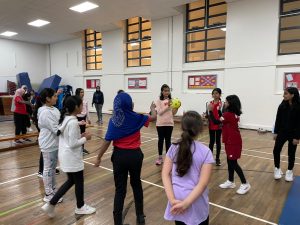 Within the sporting spectrum, racism and xenophobia have always existed.

I remember playing football and cricket down South when I was younger. Because there’s a strong drinking and partying culture I used to feel like a fish out of water.

Another barrier would be time. As Muslims, we value Islamic education and we put children in madrasas, which are predominantly in the evening. That timing normally clashes with extracurricular sports activity. Because of this, it becomes a multi-layered barrier.

We’re propagating to Sport England to provide funding for integrated sports within madrasa services. We did a whole pilot campaign supported by them.

We’re trying to provide solutions to real issues that exist in the community. We work with many charities, community organisations, and sports clubs.

Active sunnah is a campaign we’re running in Mosques and madrasahs. It’s utilising the masjid and spiritual leaders to come together.

Health, physical activity and well-being are certainly from the Islamic paradigm and the Sunnah of the Prophet (pbuh). We demonstrate that within MSF Active Sunnah document, where we touch upon the sharia and the sunnah of keeping active.

There is a huge appetite from the Muslim community.

Religion shouldn’t be something which is abandoned when you’re talking about engaging Muslims because it’s the number one unifying factor.

Our daily life culture is based around our faith and it is a universal and uniting element which needs to be acknowledged.

From our perspective, we don’t believe that sports and activity are a solution to all the problems that we’re facing, but it is certainly part and parcel of a bigger solution.

That’s why we try to incorporate a lot of elements of returning people back to faith-based traditions.