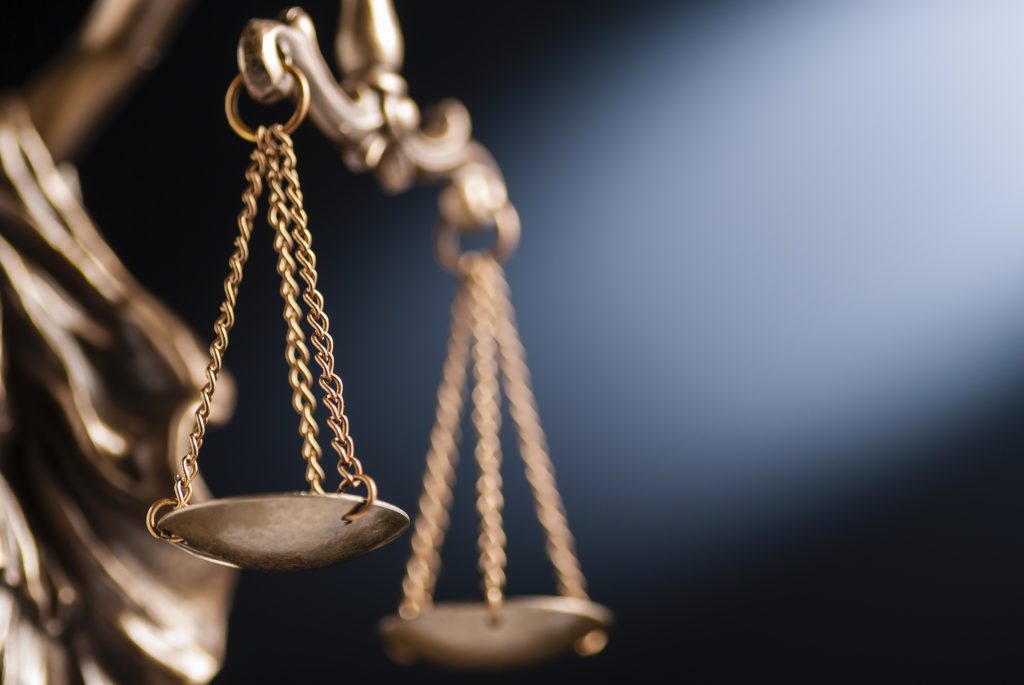 Justice is a noble moral and a magnificent characteristic which is attractive to people, infuses hope in the hearts of the wronged, and the unjust pay utmost concern for it.

By virtue of justice, matters return to their normal and right path; rights are returned to their owners, people are happy and life is rectified. Welfare is present as long as there is justice, if justice is absent people will be miserable.

Justice is a moral of those who are great, a feature of those who are pious; it is the hope of the righteous and the way to success for the believers in this worldly life and in the Hereafter. Justice was constituent in the character of the prophets, the righteous, leaders, mentors, and above all, the seal of the Messengers, the master of humans, Muhammad (PBUH) enjoyed the greatest share of it.

Justice was an aspect of the great character of the Prophet (PBUH). He (PBUH) practised it before Allah, the Almighty, in his dealings with others, with his relatives and with others, his friends, antagonists and even his stubborn enemies. Allah ordered him to be just; Allah Says (what means): {O you who have believed, be persistently standing firm for Allah, witnesses in justice, and do not let the hatred of a people prevent you from being just. Be just; that is nearer to righteousness. And fear Allah; indeed, Allah is Acquainted with what you do} [Quran 5:8]

Therefore, the Prophet (PBUH) obeyed the Orders of Allah in all his affairs, adopting justice with his Companions and enemies.

Moreover, the Prophet (PBUH) always showed justice and hated to be distinguished from his Companions. Instead he loved equality and endured difficulties from them. Ibn Mas‘ood, may Allah be pleased with him, narrated: “On the day of the battle of Badr, every three persons would ride on one camel in turns. The Prophet (PBUH) had to do so with his two companions: Abu Lubaabah and ‘Ali ibn Abi Taalib, may Allah be pleased with him. When it was the turn of the Prophet (PBUH) to walk, the two Companions offered to walk instead of him. However he refused and said that they were not stronger than him, and he was in need of Allah’s reward just as they were in need of it.” [Ahmad]

Practising justice within the context of his family was not brought to a halt when the Prophet (PBUH) was occupied with directing the affairs of the state of being engaged in battles. He used to apportion among his wives, invoking Allah, The Almighty, not to blame him for his special love or affection paid to certain wives; as reported in a Hadeeth narrated by At-Tirmidhi, but it was classified as weak.

‘Aa’ishah, may Allah be pleased with her, the wife of the Prophet (PBUH) said, “If the Prophet (PBUH)wanted to set out on a journey, he would draw lots among his wives so that one of them would accompany him.” [Al-Bukhari and Muslim]

Anas, may Allah be pleased with him, narrated, “A wife of the Prophet (PBUH) sent to him food in a bowl as a gift. However ‘Aa’ishah, may Allah be pleased with him, hit the bowl so the food fell out and the bowl broke. Therefore, the Prophet (PBUH) said: “The spilled food has to be compensated for by other [food], and the broken bowl has to be compensated by another.” [At-Tirmithi- Hasan and Al-Bukhari (with different wording)]

In passing judgment among quarrelling persons, the Prophet (PBUH) was perfectly fair and never committed any injustice. Haraam ibn Muhayyisah, may Allah be pleased with him, narrated on the authority of his father that a female-camel belonged to Al-Baraa’ ibn ‘Aazib, may Allah be pleased with him, entered a garden belonging to a man and caused damage there. Thus, the Prophet (PBUH) judged that protection of property was the responsibility of its owners during the daytime and the owners of cattle had to keep them during night. This is according to a Hadeeth narrated by Ahmad.

The Prophet (PBUH) did not approve the suspension of the prescribed punishment set by Allah, The Almighty, to administer justice among people, even if the criminal was his relative or favourite. When a woman from Banu Makhzoom tribe committed theft, the Prophet (PBUH) rejected the intercession of Usaamah, may Allah be pleased with him, for her and said his famous words: “O people, what led to the destruction of the nations preceding you was their acquittal of the noble person if he committed theft and infliction of the punishment on the weak if he committed theft. By Allah, if Faatimah, the daughter of Muhammad, committed theft I would cut her hand off.” [Al-Bukhari and Muslim]

Also, the Prophet (PBUH) used to order his Companions to administer justice in all matters and to achieve balance. Addressing ‘Abdullaah ibn ‘Amr ibn Al-‘Aas, may Allah be pleased with him, the Prophet (PBUH) said: “O ‘Abdullaah ibn ‘Amr, I have been informed that you observe daily fasting and perform voluntary night prayers the whole night. Do not do so, for your body, your eyes and your wife have due rights upon you.” [Muslim]

Through this noble character, the Prophet (PBUH) could draw people’s attention to him, stimulate their feelings towards his sublime principles and set a unique method for the best nation – the Muslims – who guide all humanity to observe justice and obliterate oppression and injustice.