The Pakistan flood crisis: as seen from the Ground

Home
Community
The Pakistan flood crisis: as seen from the Ground 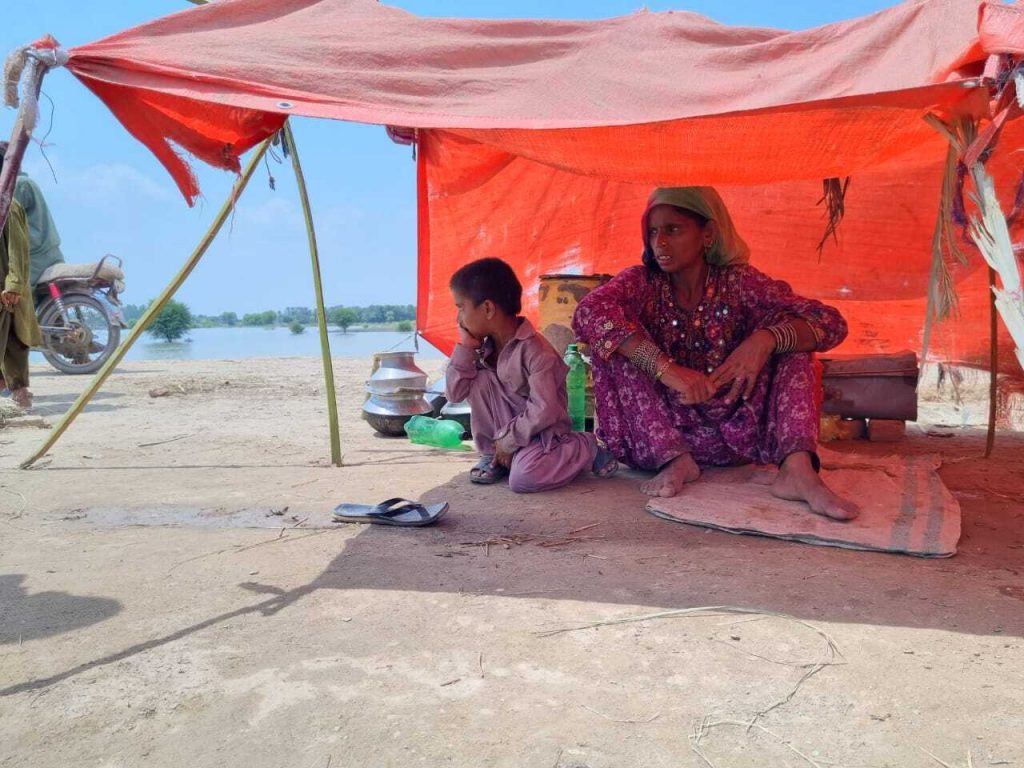 The Pakistan flood crisis: as seen from the Ground

Pakistan is facing its most unprecedented disaster yet as the monsoon season has left a third of the country underwater.

Harrowing news stories and images have depicted how the country’s citizens have been impacted. The months that follow will be filled with uncertainty, pain and loss for those affected by the floods.

Those who haven’t been directly impacted will still be affected due to the destruction of infrastructure, education and the water-borne diseases that will swarm in the coming weeks.

We spoke to Syed Qasim Omer, a relief worker whose been doing aid work for 20+ years. He spoke to us about his experience providing aid in Pakistan following the floods.

“I’ve been in the sector for a long time, over 20 years, in charity. I’ve been working with many charities and carrying out relief work in flood-affected areas.

I’ve done a lot of work in Kybher Pakhtunkhwa (KWK), Punjab; pretty much all the provinces. I’ve been providing support to a lot of organisations that are working in Pakistan.

How has the situation been since you’ve been in Pakistan?

“It’s hard to explain. I was talking to friends and I was trying to tell them; that what you see in the media doesn’t do it justice in real life. All you can see is water everywhere. You start thinking how on earth are these people going to go back to their normal lives?

“It’s going to take a couple of years until the situation gets better, and that’s providing things are ok. Reports and data are still being compiled, but the number of destroyed houses and damages have tripled in 10 days.

“1.5 million houses have been impacted and 400 children have died in the most recent stats.

“The gravity of the situation can only be understood when you see it.

“1,800 schools have been destroyed. It means children have lost their education. First, covid affected their studies, and now the floods. This has affected all generations and will continue to do so.

With people’s livelihoods and societies destroyed, what kind of aid are you providing?

“Our top priority is providing people with tents as people don’t have any roof over their heads.

“We provide tarpaulin sheets in case it rains again, Kitchen sets for cooking—animal fodder for some people whose animals have survived.

“We also provide Mosquito nets because there are mosquitos everywhere. A new problem faced is malaria, dengue, and other water-borne diseases.

“In some parts of Pakistan, swat, for example, winter has started. It’s chilly, and in some parts, it’ll be winter soon. We need to look into that side of things where we have to provide them with warm clothing.

“Medical camps and health facilities have been heavily impacted. The most vulnerable are at high risk because of that.

“It rained yesterday and three days later there is a prediction for more rain. It’s going to bring more water.

“When you look out, all you can see is water. It looks like a big lake. It’ll take weeks for the water to dry. There are some areas where the water can’t go anywhere, and that’ll take some time.

What are some things you’ve experienced whilst being there that have stuck with you?

“I saw a man in his fifties. He had a piece of cloth around his leg. I saw him limping and asked him what happened. He said he got bitten by a snake yesterday.

“When I looked at his leg, I couldn’t even look twice; it was swollen, it had wounds everywhere, and it was only getting worse. I asked him to go to the hospital and he said they don’t have any treatment for him in Rajanpur.

“He just wanted relief from the pain, to see if he could get through this to survive.

“People have told me they have snakes in their house. Natural disasters don’t discriminate; there are people who come from reputable backgrounds that have ended up being in the same place as the rest of the community.

“When you speak to the people affected and look into their eyes there’s so much pain. They want to know how long it’s going to go on like this before they can go back to normal.

One of the worst things that we will see in a few weeks’ time will be the spread of malaria and other water-borne diseases, which is inevitable.

“Right now the world needs to get together to do whatever it can to provide aid.

“You just want to help however you can. We spent days and nights in the field. We spend some time in the tent too as there are no hotels.

“You think of the children, and it’s hard to forget. When you’re out there and you see with your own eyes, you want to do whatever you can. You can’t get them out of your mind.