The Muslim perspective on homelessness 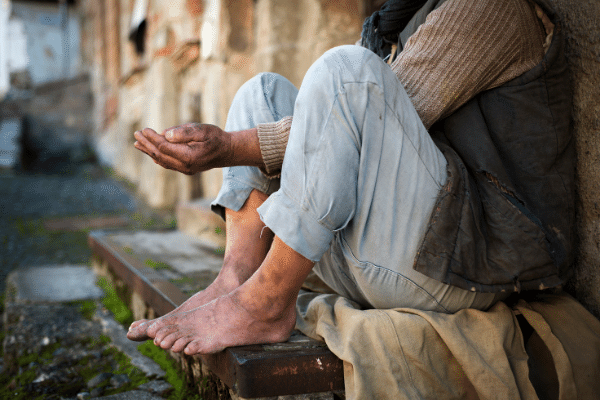 The Muslim perspective on homelessness

Muslims are people who practice the religion of Islam. So, they believe in one God and follow the teachings and practices of the Prophet Muhammad (SAW).

The Qur’an, the Muslims holy book, was revealed to the Prophet Muhammad (SAW) over fourteen centuries ago. Muslims believe that God has always guided humanity by sending the Prophets to teach people how to worship him.

So, Muslims believe in Adam, Abraham, Moses and Jesus and many more as teachers sent by God. Muhammad (SAW) is the final Prophet of Islam who in the seventh century taught Islam.

He created humans as representatives on the Earth. Humans rely and are indebted to the God Almighty. The purpose of a Muslims life therefore is to recognise his Lord and worship him.

There are clear guidances on how to do this. The Muslims worship the Lord by praying five times a day, fasting, going on pilgrimage and by giving charity to the needy people.

A Muslim must develop good character, be kind, caring and charitable. Naturally, a Muslim is concerned about the homeless and the needy members of the society.

Islam started in the city of Makkah in Arabia in the early seventh century, here they were persecuted. So, after thirteen years of preaching and teaching Islam they were forced to migrate to a northern city of Medina.

They became refugees, homeless and penniless. The generous Muslims of Medina welcomed them and shared their homes with them.

You reap what you sow

Here is how the Quran encouraged its followers to take care of the needy and homeless:

When it is said to them ‘spend from what God has given you, the disbelievers say to the Muslims:

The two passages are teaching how important it is to give charity. These teaching are motivational and encourage the believers to spend on needy and the homeless.

Therefore, some Muslims support the work of charities that support homeless people. We would all love to see an end to rough sleeping.

Himmah is a Muslim charity that focuses on feeding the homeless. It began 10 years ago, after a chance encounter between its founder councillor Sajid Muhammed and a homeless man in Nottingham.

The journey to feed, house and settle this man resulted in the creation of Himmah. At the heart of the work is the ethos for empowerment and change. Himmah works to personally engage with and help individuals and families change their lives.