The report was commissioned by Citizens UK to find out why Muslims are missing from public participation and mainstream narratives.

Whilst commissioned in 2017, the debate invokes thought that is still relevant to our community today.

It was an investigation that examined the participation of Muslims in the public, and how this can be improved.

It explores important themes of why Muslims are perceived as missing from the British public.

The increasing absence of Muslims from British civil society is a growing problem in the UK and is identified as such in this report.

However, the picture is more complex than it initially appears.

There is evidence that Muslims are not participating in public life to their full potential. However, in other areas, British Muslims are just as active and engaged as – if not more than – their white British counterparts.

The reasons for the lack of participation goes beyond the black-and-white explanations of British Muslims not wishing to participate in ‘mainstream’ public life or of endemic discrimination preventing their participation in all areas.

The intention of this Commission has been to provide a balanced and nuanced view of the trends behind these ‘missing’ Muslims. 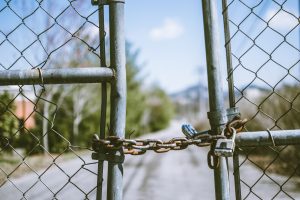 A summary of the report is as follows.

What can we do with this information?

So, now the barriers that stop Muslims from partaking have been identified, what can be done about this?

They recommended changes to civil society, the government, and for Muslim communities in the UK.

The following are changes prescribed to the Muslim UK community.

The Commission’s recommendations are given in the spirit of providing practical suggestions on how to expand the possibilities for British Muslims to participate in public life, which it views as a win-win situation for both British Muslims and wider society.

These recommendations seek to enable British Muslims to develop confidence in their equal standing as citizens in the UK; but also aim to provide the broader population with the confidence to view British Muslims as active contributors to, and an integral part of, British society.