The life of Usman Dan Fodio, Black Philosopher and Leader 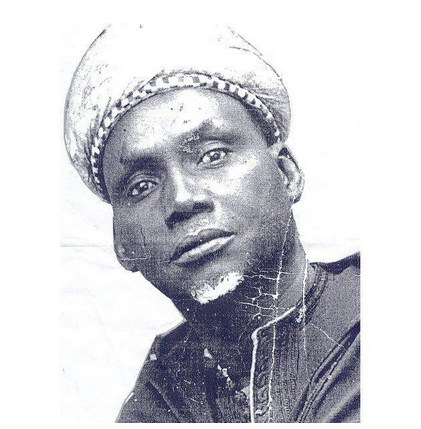 The life of Usman Dan Fodio, Black Philosopher and Leader

We will be looking at the life of Uthman Dan Fodio, the founder of the Sokoto Caliphate in 1809. He lived between 1754–1817 and was a religious teacher, writer, military leader and Islamic promoter.

He was well-educated in classical Islamic science, philosophy and theology, and became a revered religious thinker.

Dan Fodio was a teacher of the Maliki school of law and the Qadiriyyah order of Sufism. He lived in the city-state of Gobir until 1802 which is now known as Northern Nigeria. His reformist ideologies at the time were what drove his supporters into exile.

A political and social revolution that started with this exile eventually stretched from Gobir to contemporary Nigeria and Cameroon. In West Africa, a Fula-led Jihad movement echoed the state of exile across West Africa.

Dan Fodio shied away from most of the pomp and circumstance of the ruling, and although established relationships with Jihadists and religious reformers around Africa, he quickly gave Muhammed Bello, his son, actual control over the Sokoto empire.

Instead, he used his influence to seek approval to create a religious community in his hometown of Degel. He stayed there for twenty years, writing, teaching and preaching.

Dan Fodio wrote more than a hundred books concerning religion, government, culture and society. He developed a critique of existing African Muslim elites for what he saw as their greed, paganism, or violation of the standards of Sharia law, and heavy taxation.

He encouraged literacy and scholarship for all, including women, and several of his daughters emerged as scholars and writers.

Dan Fodio was well-educated in classical Islamic science, philosophy and theology and became a revered religious thinker. His teacher, Jibril ibn ‘Umar, argued that it was the duty and within the power of religious movements to establish the ideal society free from oppression and vice.

His teacher was a North African Muslim alim who gave his apprentice a broader perspective of the Muslim reformist ideas in other parts of the Muslim world.

After his death in 1817, his son, Muhammad Bello, succeeded him and became the ruler of the Sokoto empire.