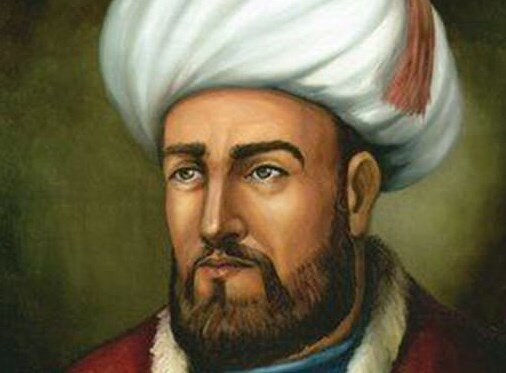 His name was Abu Hamid Ibn Muhammad al-Tusi al-Shafi al-Ghazali and he was honoured with the title of “Hujjatul Islam”, “Proof of Islam.” He was born in 1058 CE (450 AH), and his birthplace is the town of Tabran in the district of Tous in the province of Khurasan (Iran). Because his father was a cotton merchant, he is referred to as Ghazali. Al-Ghazali’s early education was from local teachers, in his home town. He then moved to Jurjan (near the Caspian Sea) and studied under Imam Abu Nasr Ismaeli. The method of teaching was didactic, the teacher would deliver the lecture and the students took notes and compiled them. The young Ghazali was a brilliant student with an incisive wit and sharp intellect.

In those days there were many schools and colleges in every major town and city. However, Nishapur and Baghdad were the two most famous. Since Nishapur was closer to home, Imam Ghazali decided to go there. Here Imam Al-Haramain, the greatest luminary of his time, taught students the Islamic Sciences. Nishapur was one of the famous centres for learning in the Muslim world. According to Shibli, the first Islamic college was established here in Nishapur by the name of Bahiqiyya. Imam Al-Haramain was the Grand Mufti as well as having the ear of the ruler, and was held in high esteem by the government and the public. He had an unrivalled reputation and status.

Imam Ghazali soon earned a special place amongst the students of Imam Al-Haramain. He was appointed as the “Mueed”, assistant teacher. Imam Ghazali began to write books and his teacher encouraged him in this endeavour. Soon his fame began to spread. It was around this time that Imam Ghazali was initiated in the spiritual order of Shaykh Farmadi.

Imam Al-Haramain died in 1086 CE (475 AH), Imam Ghazali decided to leave Nishapur and headed for Baghdad. This was the other great centre of learning and under the patronage of Nizamul Mulk, who had built the great university of Nizamiyya.

Imam Ghazali was appointed as a teacher in this prestigious institution. Nizamul Mulk was an erudite scholar himself and loved the company of scholars, his court was like a debating society. This provided young scholars with an opportunity not only to show off their debating skills and depth of scholarship but to impress the royals. Imam Ghazali loved the pomp and ceremony of these occasions. It wasn’t long before Imam Ghazali’s genius became apparent, his debates, lectures and counselling were overwhelmingly impressive. His brilliance in all branches of learning was now well established and Nizamul Mulk recognised this.

In 1092 CE at the young age of 34. Imam Ghazali was appointed the head of Nizamiyya, this was one of the highest-ranking civil positions and the most coveted place in the capital of the Muslim empire. Imam Ghazali had a lot of influence on the royal family, so much so that they listened to him and heeded his advice. His fame, riches. reputation and influence were at their zenith. He lived a life of luxury and was showered with worldly riches.

Imam Ghazali had wide-ranging interests, philosophy and spirituality were his favourite subjects. As his interest in spirituality deepened he became critical of the pomp, wealth and his love of status. A conflict began to brew inside him. He felt like leaving Baghdad and retiring into the wilderness. ‘For six months’ Imam Ghazali writes in his autobiography of this tense period “I was in a state of tremendous anxiety until I could not speak, nor eat, nor teach. Eventually I became ill, physicians declared me untreatable”.

“I came to the conclusion that the blessings of the hereafter cannot be attained without Taqwa and giving up carnal desires and this can only happen once the love of the world disappears, until one renounces the world and yearns for the hereafter. Man must energetically and completely turn to his Lord and this cannot happen without giving up pomp and wealth. When I examined myself, I found myself deeply attached to the world. When I studied the motives behind my lecturing, I found it was merely for grandeur and status. I was now convinced that I stood on the brink of disaster. I reflected on this state for a long time.

“One day I would decide to leave Baghdad and free myself of these shackles but the next day I would change my mind. I would take one step forward and another backwards. In the morning I would yearn for the hereafter but by the evening those thoughts would be overwhelmed by worldly desires. The chains of carnal desires would pull me and the voice of faith would say go! Go! Only a few hours of life remain yet the journey is long, your works are merely for showing off and delusion, if you do not prepare for the hereafter now when will you do so? Finally, I decided to leave Baghdad. The scholars and the government officials pleaded with me to take back my decision, saying ‘this will be bad luck for the Muslims, how can your departure be Islamically justifiable?’ Whilst everyone was saying this I knew the truth and therefore left for Syria.” (Al-Munqiz min Ad-dalal – The Saviour from the deviation).

An epic journey of self-discovery

He travelled to Damascus to live in solitude and spent his time in devotion and self-purification. Al-Ghazali would climb the western minaret of the Grand Umayyad Masjid and remain there all day, submerged in Divine remembrance and meditation. He would also teach in the western wing of the Grand Masjid. After two years of devotion and spiritual exercises he moved to Jerusalem and stayed in the Dome of the Rock. From there he went to the town of Khaleef on the West Bank, at the tomb of Prophet Ibrahim, and made three pledges:

From there he decided to go on to Hajj. For ten long years, he remained on his journey of self-discovery and the search for the truth, wandering through deserts, jungles, cities and mountains, often staying near the tombs of the saints. During this time Imam Ghazali wrote books and taught in seminaries and guided students. After ten years of acquiring a deeper understanding of Islam, he once again returned to Baghdad. He was received with joy and offered the mantle of directorship of Nizamiyya once more.

It is thought that it was here that he wrote his Magnum Opus ‘The Revival of Religious Sciences’. This is one of the classics of Islamic scholarship. lmam Ghazali taught at Nizamiyya only for a short while before going back to his home town of Tabran. Here he established a small seminary where he taught and directed students.

He died on 14th Jamadi-al-Thani 505 AH (1111 CE) at the age of 53. His younger brother Ahmad Ghazali gives an account of his last moments: “On Monday morning, he woke up, he performed wudu and prayed salat al-Fajr and then asked for his shroud, kissing it he said, “I eagerly accept my Lord’s command”, he laid down and died. May Allah bless his soul”.

Imam Ghazali was a prolific writer. Maulana Shibli Nuamani has compiled an alphabetical list of all his essays and books, some in 40 volumes and lists 67 books. Some of the books are widely published in different languages, others remain in manuscript form and yet others are not traceable, only their names are mentioned. Amongst the popular books of Imam Ghazali are the following:

“The ‘revival’ then is an attempt to universalise the central transformative experience of the author’s career. It reflects his conviction that the conventional learning of the age, treating as it did only the more superficial aspects of man’s condition, had failed to shake him from pre-occupation with his selfish concerns. The answer as Ghazali had discovered for himself lay only in internalising the formalities of religion through tasting” (taken from Al-Ghazali: The Remembrance of Death and the Afterlife by TJ Winter).