The Invitation condemns the attack in Vienna

Home
Community
The Invitation condemns the attack in Vienna 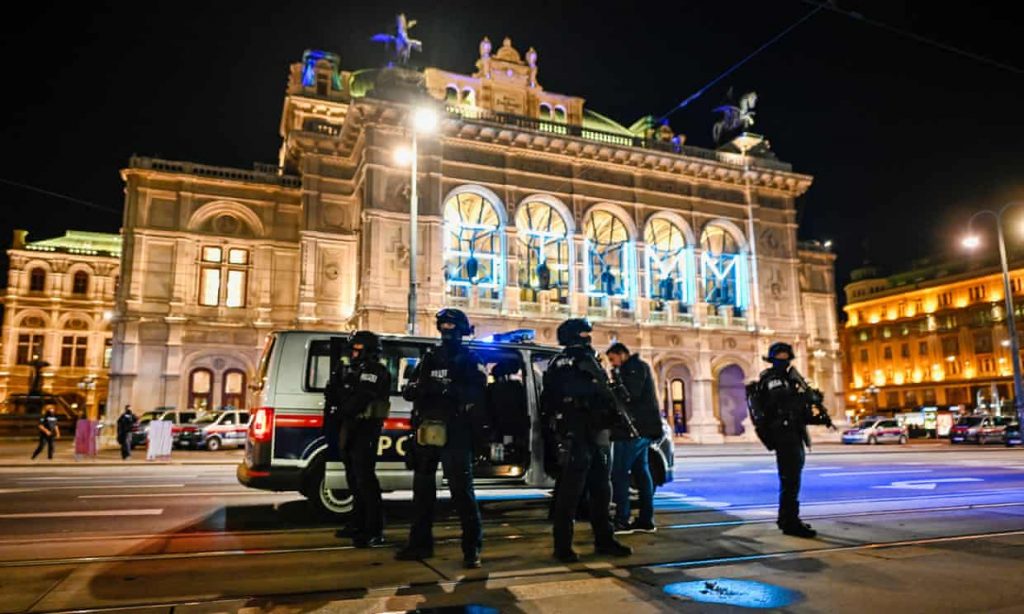 The Invitation condemns the attack in Vienna

Five people have died in an attack in Vienna, Austria on Monday night including two male and two female civilians and one gunman who was killed by the police.

Twenty-two people were injured with gunshots and knife injuries, of whom three of them are in critical conditions.

This attack comes after the incident in France as a French teacher was by an 18-year-old Chechen man.

According to reports, the teacher showed his class cartoons of the Prophet Muhammad (PBUH) that were originally published in the infamous Charlie Hebdo magazine, and then mocked the prophet (PBUH), making fun of Islam, which is reported to have angered many Muslims in the community.

Soon after, an 18-year-old man killed and beheaded the teacher. Muslims in France and abroad have condemned the brutal killing of the teacher.

We mourn the death of more innocent lives after yet another horrific terrorist attack led by callous and cowardly individuals. On behalf of the Invitation Magazine we pay our condolences to the bereaved families, relatives, friends and the wider Austrian community.

Unfortunately, there are those that view the world through a distorted and dangerous lens falsely using religion as a justification for mindless violence to divide peaceful societies in Europe and across the world.

Our message to all is clear; though these tragic events can make us fearful, hateful and attribute blame, this is what these terrorists want so we must not let terror win. We should continue to ensure we are building bridges between our neighbours and communities, working through our differences peacefully and coming together to unite against hatred and division.

The evil we have seen recently does not represent Islam or any faith. These acts of terror do not bring the change that these individuals are hoping for and are misguided if they believe their actions are noble or even religious.

We invite everyone to work together across communities to stop hatred where we can.

Let us pray for the individuals who’ve lost their lives and for everyone grieving across the global community.