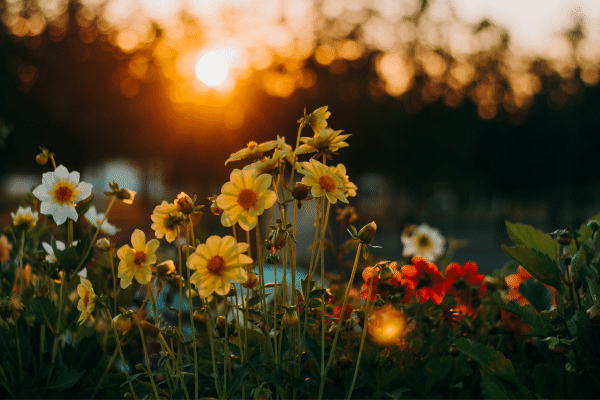 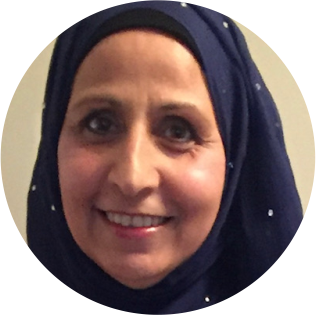 On July 12, I represented Calderdale Interfaith at the commemoration for the Bosnian Muslims who were brutally murdered at Srebrenica in 1995. Twenty one organisations from Calderdale, Kirklees, Leeds and Bradford were given wooden boxes to plant out and decorate with words and the flower of Srebrenica. At the ceremony, which was extremely moving and creative, all the planters were placed in a horseshoe shape and the words read:

“Remembering Bosnian men and boys cut down in Srebrenica wondering about their potential: To rebuild and reconnect is the destiny of survivors: Remember and take action whenever human rights are threatened.”

Each group was also asked to write a word on some bunting which was used to link one box to the next, so that the planters and groups became connected without moving. We chose the word “Sabr” (patience) which we then used in our affirmation and message of solidarity with the women of Srebrenica.

The Nemesia, sweet alyssum and lilies were chosen for their scent. The white Lilly also signifies purity and rejuvenation in the English tradition but In Greek mythology lillies are associated with motherhood as well.

In the weeks that led up to the ceremony I began to appreciate why it was important to remember “the worst atrocity on European soil since World War II”. We must never forget the genocide at Srebrenica and we must continually reaffirm our commitment to standing up against all forms of hatred and prejudice against people because of their religion, ethnicity, gender, sexuality or any other type of difference.

It was  also important for me, to look into the history too, which is as follows:

Until 1991, Bosnia-Herzegovina was part of The Socialist Federal Republic of Yugoslavia. It was a melting pot of Muslims, Christians and Jews, all living in peaceful harmony. But with the death of Josip Broz Tito, the Republic began to crumble, civil war ensued and Serbian nationalism turned to hatred of the Bosnian Muslims, who quickly came under attack.

In March 1995 Radovan Karadžić, self declared President of the Bosnian Serbian Republic, laid siege to the town of Srebrenica. By May, the Serbian soldiers had imposed an embargo on food and other supplies so that life became extremely difficult in Srebrenica. The direct order from Karadzic was to “create an unbearable situation of total insecurity with no hope of further survival or life for the inhabitants of Srebrenica.” The eventual goal was to ethnically cleanse and annex the territory to the Republic of Serbia.

By late June, after most of the Muslim fighters had fled the area, the  Serbian military command formally ordered the operation, code-named Krivaja 95, that culminated in the massacre of so many Muslims. The offensive started on July 6 when advancing Serbian forces burnt Muslim homes along the way. In absolute terror, thousands  fled Srebrenica for the nearby village of Potočari, where UN peacekeepers were stationed. But instead of helping the fleeing Muslims, some UN peacekeepers surrendered, whilst others withdrew and worst of all none fired on the approaching Serbian forces.

On July 11, a Serbian journalist recorded the Serbian military leader Ratko Mladić openly declaring “We give this town to the Serbian nation… The time has come to take revenge on the Muslims.”

During the night of July 11,  10,000 Muslim men set off from Srebrenica to try and  reach safety. But they were duped by the Serbian officers who were using UN equipment, and who  made false promises of security to encourage them to surrender. Thousands  of them gave themselves up to be later killed. Other Muslims were forced out,  terrorised after witnessing acts of individual murders and rapes committed by  Serbian forces. The women, children and elderly were placed on buses  and transferred to Muslim-held territory.  On July 12/13  there was a mass evacuation of the  blindfolded  Muslim men and boys who  were taken to various  sites on Bosnia’s northern border with Serbia. They included a football field, warehouses, factories a school and cultural centre. The executions having started on July 12 and it continued until July 16. The men were mostly shot, having had their hands and feet bound and when the remains were  recovered, there was evidence of mutilation.

There is some controversy, but it is generally accepted that at least 7,000 men and boys were killed and some estimates report the toll to be more than 8,000. After the massacre, the Serbian forces used heavy machinery to dig up the bodies and move the remains to distant sites in an attempt to hide the atrocity. Many of the mass graves were only later located by U.S. intelligence experts using satellite photographs.

It took years of investigation by  scientists to piece together exactly where the killings had occurred and how the bodies had been moved among an estimated 80 mass grave sites. To date not all the bodies have been identified which is a constant source of anguish for the mothers, wives, sisters and daughters of those who were massacred. For their sakes, let us never forget the genocide in Srebrenica and let us never repeat history.

May Allah protect us from all forms of bigotry.

Click here to watch a video of the commemoration event.