The day of Arafat and its significance

Home
Islamic Occasions
Hajj
The day of Arafat and its significance 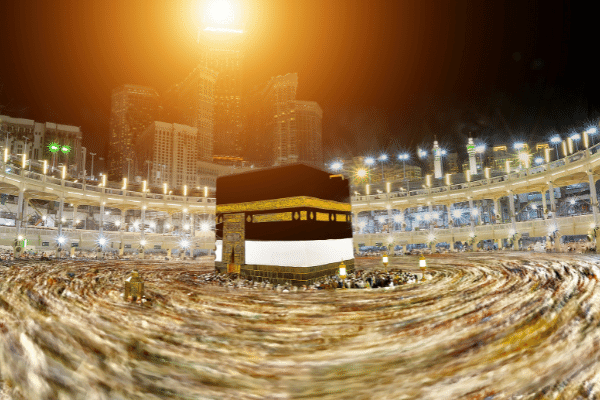 The day of Arafat and its significance

The day of Arafat is the day before the Muslim holiday Eid Al-Adha. The day has great significance and importance in the Muslim world. It is believed to have more spiritual rewards than any other day of the year.

The day of Arafat is known as the ninth day of Dhul Hijjah. It is the day that Muslims hike Mount Arafat during the Hajj pilgrimage in Makkah. Mount Arafat is also known as the “Mountain of Mercy,” and is believed to be the place where Adam and Eve met after they descended from heaven. The mountain holds great significance, and is known as the place that Prophet Muhammad (PBUH) delivered his final sermon before he died. Muslims spend the day making prayer and asking for forgiveness. It was said by Prophet Muhammad (PBUH): “There are no days greater and more beloved to Allah than these ten days of Dhul Hijjah.” (Tirmidhi)

It is believed to have more spiritual rewards than any other day of the year.

The Prophet (PBUH) also said: “On this day, Allah, the most exalted, descends to the nearest heaven, proud of his servants on the earth and says to those in the heavens, look at My servants, they have come from far and near, with hair disheveled and faces covered with dust, to seek my Mercy. Even if their sins are as much as the sand or the foam of the sea, I shall forgive them.”

In these ten days, Muslims not only take special time to remember God, but they also fast and give charity. On the last of these ten days, the Muslims then sacrifice an animal and share it with those in need.

The sacrifice of the animal began after Prophet Abraham (RAA) dreamt that he must sacrifice his own son for the sake of God. It was never intended for Abraham to actually sacrifice his son, but it was a test of his devotion to God. From that time, Muslims developed the tradition of sacrificing an animal to give it to those in need. It is the act of kindness and piety that reaches God.

The day of Arafat is the holiest day of the year for Muslims and is known for bringing people from all over the world in unity. Over two million Muslims usually attend Hajj and make their way to Mount Arafat to pray in unity. We pray in these trying times that we find unity, compassion, and love to bring humanity closer together, just as Prophet Muhammad (PBUH) intended for us to do.