Ten most beautiful mosques all around the world

Home
Featured
Ten most beautiful mosques all around the world 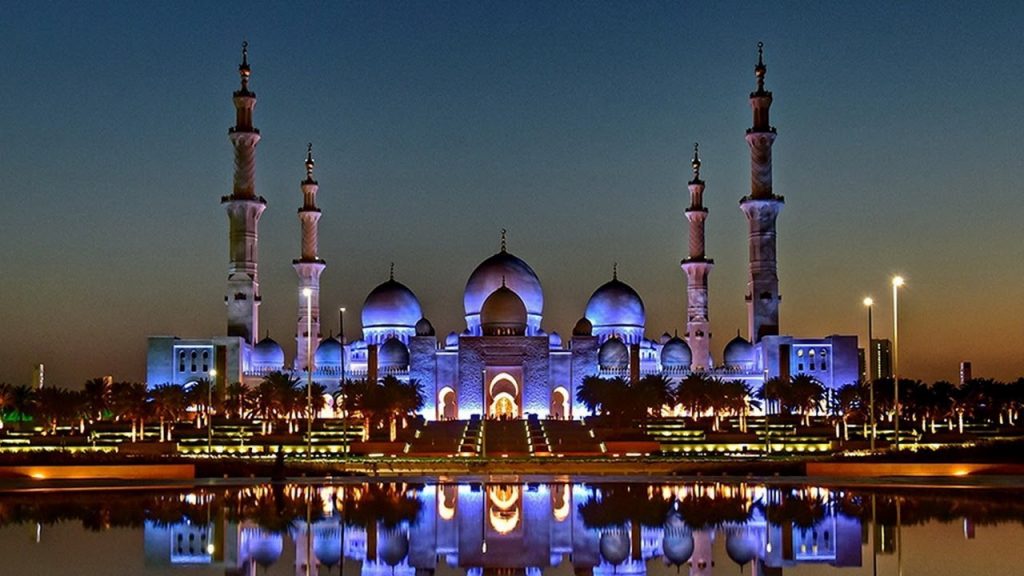 Ten most beautiful mosques all around the world

It is state in The Holy Quran that this was the first house to worship Allah built for mankind. Located in the city of Makkah, Saudi Arabia, it is the world’s most famous mosque. Al-Haram mosque or “Great Mosque,” as it is also called is the world’s largest mosque, and surrounds one of the holiest places in Islam, the Kaaba. Also, the mosque is regarded as the largest mosque. The current structure covers an area of 400,800 square meters (99.0 acres), including outdoor and indoor prayer areas, and can accommodate up to 4 million people in the Hajj season.

The Al-Nabawi Mosque, also called the Prophet’s Mosque, is a mosque constructed in the town of Medina by the Prophet Mohammad (PBUH). It is Islam’s second holiest site. It was the second mosque built in history and is now, after the Al-Haram Mosque in Mecca, one of the world’s largest mosques. One of this mosque’s most famous locations is the Green Dome, where the Prophet Mohammad ‘s tomb (PBUH) is located. A wooden cupola was built over the tomb in 1279 AD which was later restored and twice renovated in the late 15th century and once in 1817. In 1837 the building was first painted gold, and later it became known as the Golden Dome.

Al-Aqsa Mosque, also known as Al-Aqsa and Bayt al-Muqaddas, is Islam’s third holiest site and an Islamic mosque located in the Old City of Jerusalem. The Mosque itself is Al-Haram ash-Sharif or “Sacred Noble Sanctuary,” a location that is also regarded as Temple Mount as the most ancient site in Judaism, as it is thought to have once stood The Temple of Jerusalem. Muslims believe that the Prophet Mohammad (PBUH) was moved from the Holy Mosque in Mecca to the Al-Aqsa Mosque during the Night Journey. Islamic tradition states that Prophet Mohammad (peace and blessings of Allah be upon him) led prayers toward this mosque until the seventeenth month after the emigration, when Allah ordered him to turn to the Kaaba.

The Hassan II Grand Mosque, in Casablanca, Morocco. It is the country’s largest mosque, and the 7th largest mosque in the world. Its minaret is 210 metres (689 ft) highest in the world. The construction was completed in 1993. The minaret is topped 60 storeys high by a beam, from which the light is aimed toward Mecca. The mosque sits on a promontory facing the Atlantic Ocean, with the seabed visible through the glass floor of the hall of the building. The walls are made of carved stone, and the roof is retractable. A maximum of 105,000 worshippers can assemble for prayer: 25,000 in the mosque hall and another 80,000 out on the outer grounds of the mosque.

The Sultan Omar Ali Saifuddien Mosque is a royal Islamic mosque in Bandar Seri Begawan, the capital of the Sultanate of Brunei. The mosque was considered one of Asia Pacific’s most magnificent mosques, and a significant landmark. Completed in 1958, the building is an example of modern Islamic architecture. The mosque is located in an artificial lagoon at Kampong Ayer, the “village in the water” on the banks of the Brunei River. It has marble minarets, and golden domes full of fountains with courtyards and beautiful gardens. A large number of trees and flower gardens surround the mosque, which in Islam symbolises the heaven. Mughal architecture and Italian styles are combined within the mosque.

The Zahir Mosque is the mosque of state of Kedah. It is situated right in the heart of Kedah, Malaysia’s state capital, Alor Star. It is one of Malaysia’s largest and oldest mosques. The mosque was built in 1912 and was funded by the Sultan Tajuddin Mukarram Shah’s son Tunku Mahmud. The mosque architecture influenced by the AZIZI Mosque in the town of Langkat in northern Sumatra, Indonesia. The mosque was built with five wide domes symbolising Islam’s five primary values. The State’s exhibition for reading the Quran is held annually inside the mosque premises.

Islamabad’s Faisal Mosque is the largest mosque in South East and South Asia, and the world’s fourth largest mosque. It was the world’s largest mosque from 1986-1993 until the completion of the Hassan II Mosque in Casablanca, Morocco and the extension of Masjid Al-Haram (Great Mosque) of Makkah and Al-Masjid Al-Nabaw in Medinah, Saudi Arabia in the 1990’s.

Taj-ul-Masajid means “The Crown of Mosques” located in Bhopal, India. During the daytime the mosque is also used as an Islamic academy. It is one of Asia’s biggest mosque. The mosque has a pink façade facing two eighteen-story high octagonal minarets with marble domes. There are also three large bulbous domes in the mosque, an elegant main corridor with beautiful pillars and marble floors that mimic Mughal architecture like Jama Masjid in Delhi and the massive Lahore Badshahi Mosque. It has a courtyard in the centre, with a wide tank. It has a double-storeyed doorway in the main prayer hall, with four recessed archways and nine multifold cusped openings.

The Badshahi Mosque or the ‘Royal Mosque’ in Lahore, commissioned by the sixth Mughal Emperor, Aurangzeb in 1671, and finished in 1673, is the second-largest mosque in Pakistan and South Asia, and the world’s fifth-largest. Epitomizing the Mughal era’s charm, zeal, and grandeur, it is the most prominent landmark in Lahore and a major tourist attraction. It remained the largest mosque in the world from 1673 to 1986 (a span of 313 years), it is able to host 55,000 worshippers in its main hall of prayer and another 95,000 in its courtyard and porticoes.

Located at Muscat Street and North Bridge Road in Kampong Glam Rochor District in Singapore, Sultan Mosque is now considered one of Singapore’s most important mosques. After its completion, the Sultan Mosque has remained largely unchanged, only with a few improvisations made to the main hall in 1960 and the annex that was added in 1993. On March 14, 1975 it was designated as a national monument.