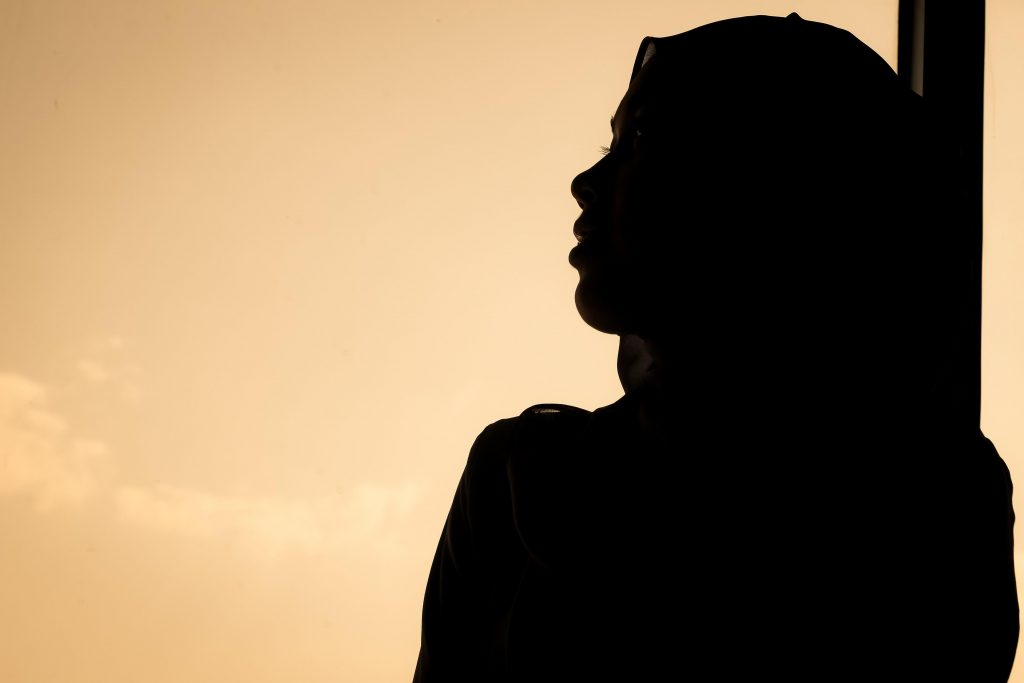 Vulnerable women suffering from abuse are growing in number within our society.

Domestic violence is still a closeted issue in the Muslim community. Many are unable to come forward due to stigma, family shame, or being unaware they’re experiencing abuse.

Because of this, statistics are not reflective of the true scale of domestic violence that we face.

However, the statistics that are available highlight how abuse is a ripe issue, and one that isn’t showing signs of slowing.

They found that of the 1,962 Muslim women served by these programs, 85% of them were of immigrant background. The study revealed that;

There are many barriers that keep Muslim women in abusive relationships. Physical barriers are things such as citizenship, access, and language barriers.

There are also cultural barriers such as a difference in understanding and tolerance. Various women’s aid organisations may not be culturally equipped to deal with victims of domestic abuse in the Muslim community.

The lack of accessibility is the reason the Nottingham Muslim Women’s Company were created (nmwn). The company was founded back in 2014 after the founder realised there was nobody to advocate for vulnerable women in Nottingham. This was the whole drive behind the network.

For about three years, there was just one coordinator running the programme. However, the organisation has now grown to five members of staff.

Many Muslims in this country have no idea about their rights, or what they can and can’t do. They come to the country and take the abuse they face because they know no other way.

We spoke to Ifat, a support worker for NMWN, to tell us more.

“Many Muslims come into the country and have no idea about their rights or what they can and can’t do.

Because of this, they take abusive treatment because they think they have to follow along with it. This is how they suffer in abusive relationships for years and years.

Women may be forced into marriages or may have been in an abusive relationship, and they’ve not got any status to stay here.

They’re essentially left to fend for themselves because, on paper, the government can’t help them in any way.’

I like to do the initial meetings face-to-face. I’ve gone out to coffee shops and parks. I’ve even had to go into a woman’s house and pretend to have my eyebrows done.

There are lots of different things that we have to assess in each situation.

I then liaise with a local solicitor. We do this because the majority of our women have come from Pakistan or are on a spousal visa, so they’re not eligible for funds.

I get the visa overturned to a DDVC (destitute domestic violence concession). This cancels out the spousal visa and the woman is then in this country within her own right.

The freedom programme is a government-initiated programme that was set up by Pat Craven. This is where they look at types of abuse.

Many women tend to think, Oh, he’s not hit me, so it’s not abuse. But you’ve got financial abuse, conversion, control and all these different types of abuse.

It’s designed to make women more aware and to be able to spot abuse early on.

The Freedom programme is all about putting your past life behind and equipping them with the confidence to succeed, whether that be through healthy eating, employability, etc.

For accessibility, we do it in English and Urdu.

We do a lot of empowerment. We reassure women and give them to confidence to do things alone. We’ve had women make phone calls for themselves.

I’ve helped a woman who’d been in this country for nearly 30 years, having never been on her own as her husband took her everywhere.

I met up with her and showed her how to get on a bus and pay for a ticket. It’s just building those skills that we take for granted.

THIS WEDNESDAY…FREEDOM PROGRAMME IN URDU. JOIN US on 16 Nov at 10.30-12.30. 6 sessions are running until 4 Jan. Breakdown and explore cultural and religious practices that can keep Muslim women in abusive relationships. BOOK NOW enquiries@nmwn.co.uk or call 0115 8372627 pic.twitter.com/l6FaEkJdjA

It doesn’t matter whether they’re from Pakistan, India, Afghanistan or whatever, they are still human, and they’ve got feelings.

A lot of the women don’t even have something as simple as a bank account.

The importance of learning our Islamic rights

‘We don’t know Islam properly, which is also the problem.

‘These women don’t know their Islamic rights, and men use it to their advantage.

On the other hand. some non-Muslim organisations don’t really look into what Islam is, what is and isn’t permitted.

I’ve had conversations with women’s organisations that have been awarded millions of pounds in funding. They think Islam goes hand in hand with these types of abuse.

‘Believers, be committed to Allah as witnesses for justice and don’t let the hatred of a community stop you from being just. Be just, that is closest to piety. Be mindful of Allah. Allah is aware of what you do’.  (5:8)

The key lies in education.

We need to educate ourselves to know the full picture. If men are turning Islam into a weapon of control, Muslim women need to see if their partners are acting in accordance with Islamic law.

Is he following in the footsteps of the beloved Prophet, the best role model for humankind? Is he a loving and caring husband? Does he fulfil all his Islamic duties?

As well as this, Muslim women need to understand their own rights, and that Islamically they cannot be forced into doing anything.

If you’ve been a victim of domestic violence and you need more advice, you can contact NMWN here.

Alternatively, if you have questions, you can find some answers here from the Faith Trust Institute, an interfaith organisation working towards ending abuse in all communities.