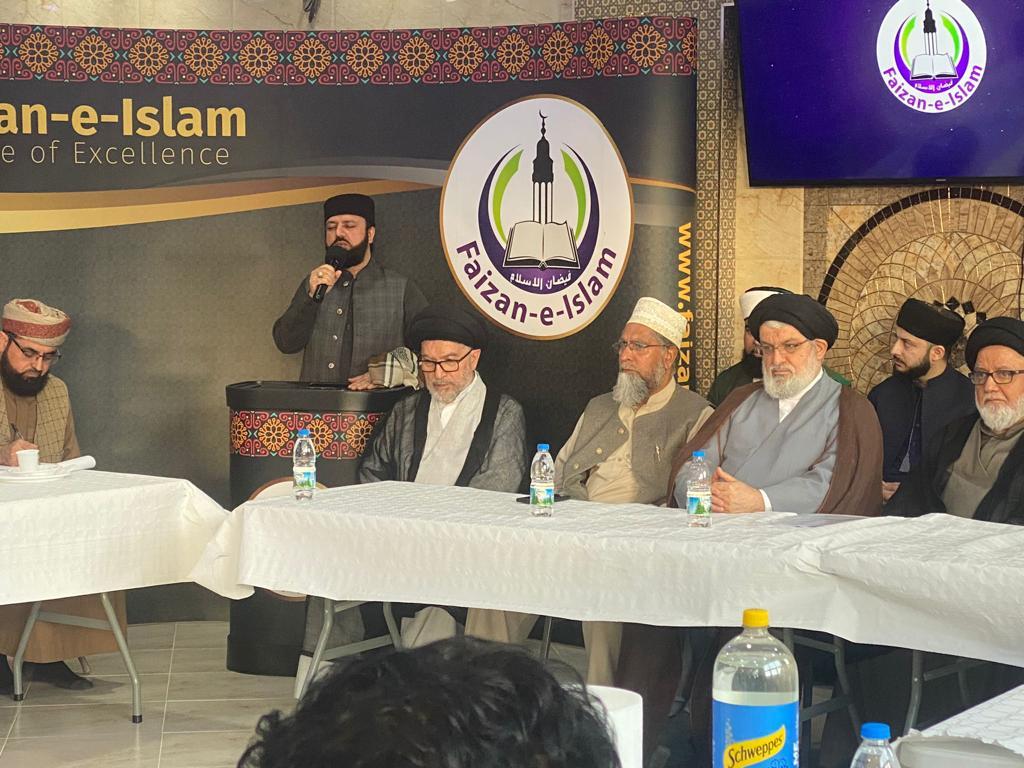 Sunni, Shia and Sufi scholars gathered at the Al Mahdi institute to condemn the film, ‘The Lady of Heaven’.

Protests have erupted across the UK to pull the film from cinemas due to its controversial depiction of Islamic history. Muslims everywhere rever the Prophet (pbuh) & the Sahaba (his companions). To have a film openly demonising their character has created an unsettling sweep across the Muslim community.

The film, which was released in the UK on the 3rd of June, is the first billed film to depict the story of Fatimah, (ra) daughter of the Prophet Muhammad (pbuh). Within the synopsis of the film, it describes Fatimah (ra) as the ‘first victim of terrorism’.

This false depiction of Islam and Islamic history does not only affect Muslims, but also non-Muslims, who may see the violence within the film as a representation of the roots of Islam. In reality, this goes against the very principles of the religion.

British Muslim scholars issued a joint statement condemning the divisive and inaccurate movie at the Al Mahdi Institute in Birmingham:

“The recently released film “The Lady of Heaven” has incited sectarian tension amongst Muslims for its offensive depiction of early Muslim history.

“We strongly and without reservation condemn its writer, Yasir Habib, for this despicable action which leads to sectarian tensions at a time when Muslim unity is most needed.

“As leading figures engaged in reconciling relations among Muslims, we would like to inform the public that the contents of this film severely lack academic rigour and conflict with credible early historical accounts.

“We have meticulously discussed many historically contentious issues raised in this film through scholarly engagements on relevant platforms and can reassure you that the narrative presented neither represents a scholarly account of early Muslim history nor does it take into consideration the divergent historical narratives and nuances.

“The ambition to present such a biased narrative can only be a result of fringe groups with the motive of creating disharmony and dissent amongst Muslims as is obvious.“

“We advise all Muslims, in line with the opinions of notable past and contemporary scholars amongst Sunnis and Shias, not to support the malevolent endeavours of a few radicals who seek to malign the Prophet’s family, wives and companions.

“Accordingly, all factually inconsistent viewpoints that lead to strife and contravene the teachings of the noble Quran and the beloved Prophet need to be unreservedly rejected and denounced.

“Finally, as leading figures in the British Muslim community, we take this opportunity to remind the public of our collective commitment to thoroughly discussing issues of difference amongst Muslims in a scholarly manner on relevant platforms. In this respect, we encourage all Muslim denominations to participate and maturity discuss their differences.“

As a result of protests, The Lady of Heaven has since been banned from Cineworld, and 128,000 people have signed a petition to have it banned from all UK cinemas.

The Lady of Heaven isn’t the only thing stirring up the emotions of Muslims; Indian Politician Nupur Sharma has also been slammed due to derogatory comments being made regarding the Prophet’s (pbuh) character. You can read more about that here.