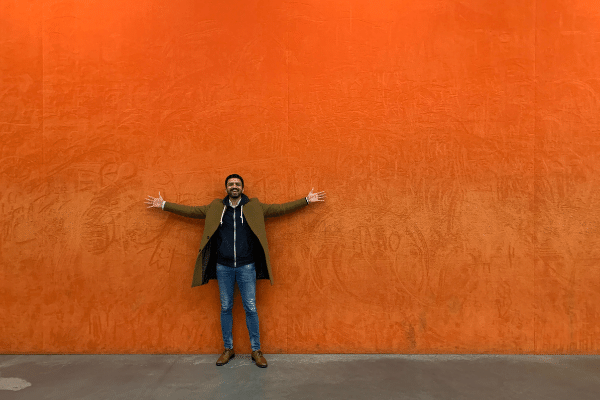 This autobiographical account is a personal reflective book by Adeem Younis. Adeem provides insights into his childhood experiences, the racism he faced in the streets of his hometown, the inspirational figures that influenced his life and how he became a successful entrepreneur but more importantly a charity guru. It is set in terraced house of Wakefield where Adeem grew up.

This autobiography is an amazing story of an orphan who now cares for thousands of orphans globally. It’s also a story of a young working-class widow who brought up a son with admirable moral and social qualities. This story of Adeem an amazing entrepreneur who is the founder of the largest marriage introductory agency with three million members and Penny appeal the fastest growing British Muslim charity. It’s the reason why sincerity and strenuous work can achieve so much.

Adeem in real life is a quiet, shy, and enigmatic person, doesn’t blow his trumpet. I consider this a quality of a pious and Godley man. This may answer the perennial question what makes him tick? I believe he has plenty God-given gifts.

Adeem speaks lovingly of his brilliant mother, he was a mummy’s boy. You feel empathy and care radiating from him when you’re with him. He admits ‘the most important influence in my life – then as now – was Mum. She had three children to support single-handedly.’ Truly a model of a pleasing mother.

His upbringing whilst noble and disciplined was frugal and difficult. Explaining the name of his charity Penny Appeal he said ‘those pennies I’d earn as a cheeky ten-year-old, pinching discarded tennis rackets out of skips,’ He has passion for poor and needy, just read his account of filling the petrol tank: ‘I stood by the pump, waiting for the tank to fill, watching the meter: £50 … £60 … £70 … £80 … £90. The pump clicked; the tank was full. I couldn’t take my eyes off the figures on the screen. Ninety pounds. I’d just agreed with Ali to pay him £30 a month, and for that, some of the children in my home village of Rahoon would begin their education, and Ali’s family – his children and elderly parents…. I felt disgusted with myself. I felt that the world was such an unjust place, and my heart ached for the millions like Ali in so many countries. The name “Penny Appeal” was born in that moment.

SingleMuslim.com, a Muslim-marriage introduction agency he founded twenty years ago is now the biggest in the world, with three million members.  It shows Adeem has the Midas touch, it made him wealthy. In ten years, Penny Appeal has raised over £100 million, and had delivered food and aid to needy people in over fifty countries. Adeem is now making others stand on their feet.

He learnt his leadership skills in his teenage years when he ‘stacked shelves, delivered milk, sold meal tokens’.  As the founder of Penny Appeal his leadership has shone like the sun. Recalling the founding of the charity he said, ‘the whole intention of Penny Appeal was to create a machine that could deliver charity to as many people as possible; of course, we would need to be ambitious.’

He isn’t just ambitious but hardworking who rarely takes no for an answer, he advises ‘Don’t give up – just keep on going until you get to wherever you’re going.’ He’s more than just a determined person he is ‘an obsessively driven entrepreneur…If I get somewhere today, I want to get further tomorrow.’ Here he is following the Prophetic advice ‘anyone who spends two consecutive days alike is a loser.’

The other towering influence was his grandad, who he describes as ‘a folk philosopher’. He fondly remembers his words “Adeem, look at your mother; see how she works. If you keep going, then you have a chance. You might not win, but by keeping going, you are still in the game. If you give up, if you walk off the pitch, then you have no chance of winning.”

The phenomenal expansion and hyperbolic growth rate of Penny appeal comes down to Adeem’s attitude to enterprise: openness to new ideas secondly authenticity. Not forgetting your roots. ‘We regularly used the phrase Confidently Muslim, Comfortably British in our communications.’ No British Muslim charity reached such accelerated growth.

If a leader is challenged by member of staff it could turn into a nasty warfare, where moral, social, and spiritual values are ignored. But with Adeem it turned out to be an opportunity for spiritual growth. ‘I was regularly in tears on the prayer mat. Of course, I was praying to find a way to get out of that turmoil, to find a dignified solution. But it was also true that one of the blessings resulting from the attempted coup was the opportunity God gave me to really connect with Him in a way that one often doesn’t. I genuinely felt in awe of God’s greatness, His might, and of how we are in control of nothing, of how insignificant we are. I really love the fact that God had put me in that position, that He allowed me truly to experience prayer, to feel its power. And I felt entirely humble.’ I recommend this book to anyone interested in serving humanity, see a stunning portrait of a godly servant. Anyone interested to understand how altruism produces amplified results that business models fail to explain let him read Adeem’s story.