Sheikh Ahmed Mustafa Kamil passes away at the age of 82 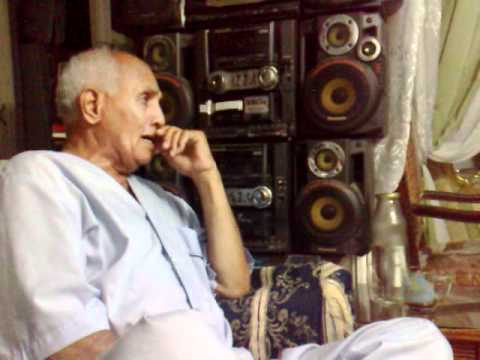 Sheikh Ahmed Mustafa Kamil passes away at the age of 82

At the age of 82, Ahmed Mustafa Kamil Quran, an eminent authority on Quran types of recitation in Egypt, died.

On Friday, his funeral was held in Cairo, El-website Balad’s reported.

The funeral was attended by a large number of Quranic figures, religious personalities, his pupils and other groups of people.

Kamil was a friend of the renowned Qari Sheikh Mustafa Ismail and had some 2,200 of his re released cassettes.

He had many students from Egypt as well as countries like Morocco, Algeria, Malaysia, Indonesia, Turkey and Austria.

A statement was posted on his official Facebook page: “Thank God for your endeavor, consolation, and bless you and everyone who invokes Mr. Ahmed Mustafa, and we ask him for any darkness, offence, or anything negative to forgive him faithfully, he is now under the protection of God and may only have mercy on him.

“The weakest faith is to shut up and not remind him of good or bad,Professor Ahmed’s work closely testifies that he was one of the kindest, most kind and spontaneous characters, and I don’t want to say naivety, and he doesn’t have anything in his heart.

“May Allah forgive him and us and join him for faith and unity. Peace, mercy and blessings be upon you.”

Here is a wholesome video of Sheikh teaching the Quran, may Allah bless his soul.

The Invitation offers condolences to his family and friends during this time.