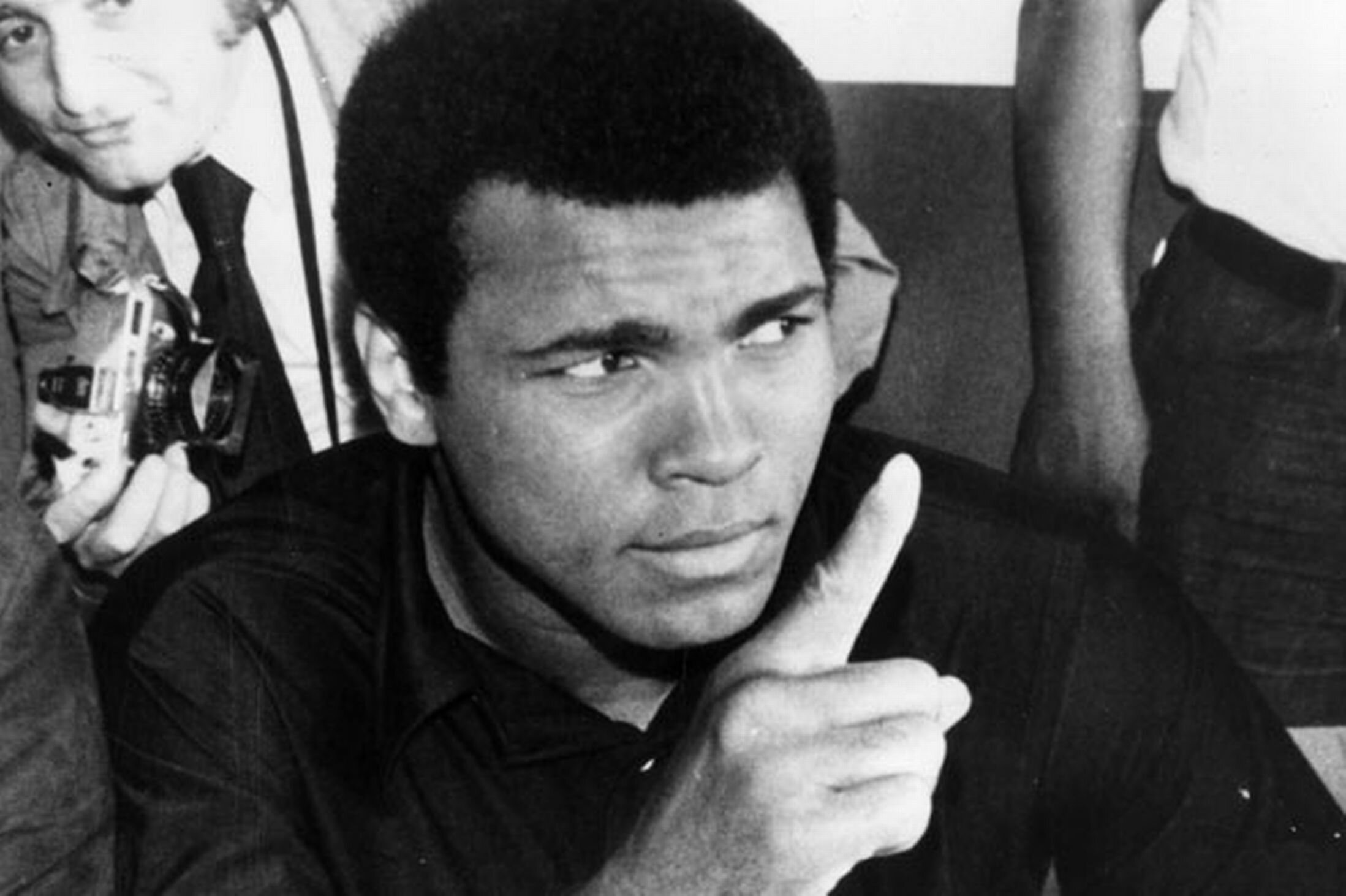 In honour of Muhammad Ali’s 6 year death anniversary, we wanted to commemorate his legacy by going over the impact his life had.

Muhammad Ali, born Cassius Clay, was born in 1943. He grew up in the segregated south of Kentucky & experienced racial prejudice in his early life. His interest in boxing began when his bike was stolen when he was 12 years old. He told the police officer he wanted to beat up the thief, but the police told him he should learn to fight first. The officer trained at a local boxing gym, and this is where Ali first learned how to box.

He rose to fame in the sporting world through his boxing career, and was vocal about opposing racism.

Muhammad Ali was known for his unique rhythm and confidence in the ring, which garnered him media attention as he moved towards the heavyweight boxing championship. He was notoriously known for his lightening speed shuffle he did in the ring. In 1964, aged 22, he was finally victorious as he defeated Sonny Liston and became one of the youngest heavyweight champions of the world.

In his career, he had 56 wins, five losses and 37 knockouts before his retirement from boxing in 1981 at the age of 39. He also became the first boxer in history to win the heavyweight championship three times. His boxing career slowed due to Parkinson’s disease, a disease that claims the nervous system and causes weakness in the muscles. Ali’s last fight was in 1981.

Cassius was inspired by Malcolm X, which began his journey to Islam.

In 1962, he met Malcolm X, who soon became his spiritual and political mentor. He was gradually led to the Nation of Islam, where Elijah Muhammad, the leader of the Nation of Islam, publicly addressed on the radio that Cassius Clay’s would be renamed Muhammad Ali two years later. Unfortunately when Malcolm X left the Nation of Islam to accept orthodox Islam, it caused a riff between the two, and they were unable to patch their relationship up. Ali said this was one of his biggest regrets.

Shortly after the death of Elijah Muhammad, Muhammad Ali accepted Sunni Islam, which he attributed to Warith Deen Muhammad, the new leader of the Nation of Islam who preached about orthodox Islam.

His strong belief of religious freedom and racial justice is what attracted him to convert to Islam. Despite his open conviction about Islam, his new identity was rejected by his critics, and they referred to him by his birth name for years to come.

He was a humanitarian, and believed in treating people with kindness, and looking after the state of one’s heart.

“People are asleep. Once they die, they wake up.”

Muhammad Ali was one of the most influential sportsmen in our time, and is regarded as a role model for many across the world due to his strong morals, values, and the way he stood up for what he believed in. He continues to inspire people to do the same.