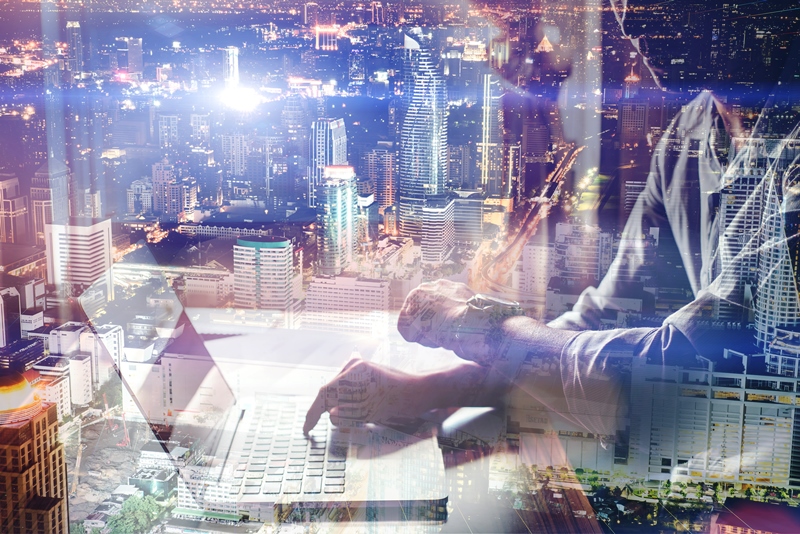 In this article, I explore the encounter between my Islamic world view and modern society. The six long months of lockdown have revealed some similarities and differences. By modern, I mean contemporary, today’s society, its practices and institutions (scientific, culture, art, political, industrial), its lifestyle (secularism, individualism) and other ‘isms’ that characterise it, such as narcism and consumerism.

Islam, on the other hand, is theocentric, divinely revealed and it nurtures God-loving humankind who lives austerely in the world and ever-yearning for the return to the majestic Lord. Whilst the modern man is firmly rooted in the material world lives for it without the remotest thought of the Hereafter. Could these differences in part explain the mutual misunderstanding between the West and Muslims?

The basic beliefs of modern society

Professor EF Schumacher in his book ‘Small is beautiful’ says there are six leading ideas that are the foundations of modern thought, these stem from 19th century but continue to exert a huge impact on western society, they are:

He says, “No amount of factual inquiry could have verified anyone of them.” Although these ideas have an element of truth, they are far away from the reality. They represent tremendous leaps of imagination into the unknown and unknowable. Schumacher believes that regrettably these ideas are now firmly embedded in the western mind. The consequences of this way of thinking are:

So, no need for the idea of good and evil where good is regarded as higher than evil. Recently a 13-year-old boy became a dad and then counterclaims were made by other boys of similar age shows the degree of moral depravity as a result of these ideas.

The concept of man in modern thought and Islam
“Modern man sees himself as a purely earthly creature, master of nature but responsible to no one but himself” (Syed Hussein Nasr).

Once, God, the transcendent reality is removed the world then becomes a circle without a centre, there’s no a hub. So, we see the loss of principles and loss of fundamental moral and spiritual values.

Modern Society believes in Utopia, an imagined perfect place. The race is towards this ideal, the ‘New World Order’ plus the new ‘Financial World Order’, which we will see as a result of the forthcoming recession. The problem is that Utopianism is being sought through purely human means, driven by scientific and technological progress. It does not accept the evil in the world in the theological sense and aims at achieving progress without God. Sacred is absent from modern society, even Prince Charles has often lamented about the loss of the sense of sacred in our art and architecture. In Islam, there is no such division of the secular and sacred; the worldly and the otherworldly, the profane and religious, of God and of the world!

One of the characteristics of modern thought is its obsession with the outward the form, little is noticed of the inward and the hidden. Islamic teachings marry the outward and the inward. Rumi the medieval Muslim philosopher and poet said:
“The pure heart is a spotless mirror in which images of infinite beauty are reflected”.
“Kill the cow of your ego as quickly as you can, so that your inner spirit can come to life and attain true awareness” (Masnavi Pg 281).

The champion who breaks the enemy’s ranks is
Of little account compared to the true victor
Who overcomes his own self?

As far as you can, become a slave, not a king
Endure blows, be the ball, not the bat.

One morning a woman asked her husband as a test, “Do you love me more than you love yourself?” He replied, “I love you so much that I am full of you from head to toe. There is nothing left of my own existence except my name”. If you love God, you will feel his presence as that love felt toward his beloved (Masnavi Pg 269).

A man’s head may be filled with the knowledge of meaningless worldly matters, he may be familiar with all the sciences and yet not know his own soul. He knows the special properties of every substance, but he is as ignorant as an ass about the nature of his own essence. He declares, “I know what is permissible and what is not” but he does not know if his own actions are permissible. He knows the precise value of every article he buys and sells, but in his folly, he does not know his own value. He has learned to distinguish auspicious stars from inauspicious ones, but he does not examine his soul to see if he is in a fortunate or poor spiritual state. To know yourself and to live your life in anticipation of the Day of Judgment, is to master the highest science (Masnavi Pg 235).