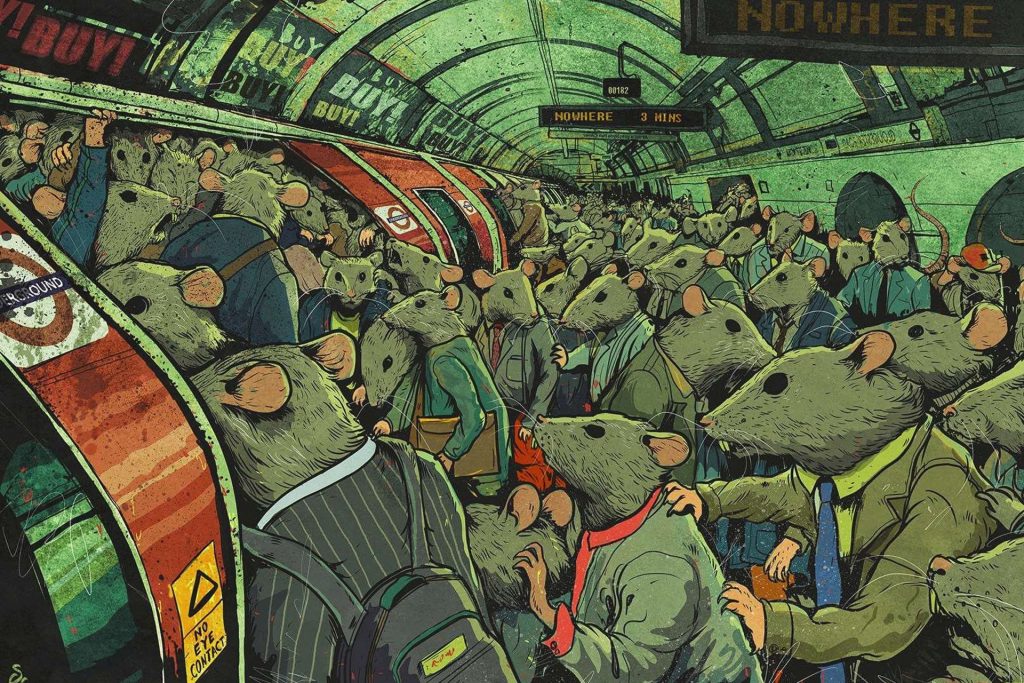 Have you heard of quiet quitting?

Coined by the Wall Street Journal, the term describes people who are adopting laziness and doing the bare minimum in the name of rejecting hustle culture.

Hustle culture is something that has defined the 21st century and has affected how we value ourselves. If we’re not making money, we’re not trying hard enough, thus, we aren’t good enough.

If you’re unfamiliar, hustle culture is an agenda that’s been pushed by mainstream media in recent decades.

Forgoing our health and well-being to climb the corporate ladder and make money has been the clinching factor of our capitalistic era.

Social media buys into this ideology, with the likes of ‘rise and grind’ twitter highlighting how people need to wake up earlier, have multiple streams of income and change who they are in order to be a winner.

The ‘rise & grind’ mentality has also been perpetuated by influencers.

One of many examples we can look at is Molly Mae, who took the hot seat as she stated that ‘everybody has the same 24 hours in a day,’ alluding to the fact that anybody can be successful if they tried hard enough.

This garnered a lot of backlash from social media as users claimed how insensitive her comment was, as not everyone has access to the same opportunities and experiences.

The solution isn’t to become lazy and unmotivated; we cannot possibly override a system where the framework is designed to trap us.

We must redefine what it means to work hard, and create new systems which are more equal.

In order to do this, employers must focus their efforts on team culture, instilling fair treatment and good values within the organisation.

When humans see work as their God, it’s easy to fall into the trap of hustle culture.

Similarly, when we give in to our egos and desires, it’s easy to adopt an apathetic approach and become quiet quitters.

However, when we’re people of God, we’ll fulfil our duties with ihsaan and diligently complete our work.

Although it may be difficult for us to work hard at times, it is a necessary and rewarding part of life. If things came easy to us, we’d never work towards bettering ourselves and helping others.

Outside of worldly growth, on the days we find ourselves lacking motivation, we must remember that working hard is an admired characteristic in Islam.

It benefits not only us in this life but the akhira too, as we strive to live honest and enriching lives. We can take inspiration from our beloved Prophet Muhammad (pbuh) in times of need.

“By him in whose hand is my soul, if one of you were to carry a bundle of firewood on his back and sell it, that would be better for him than begging a man who may or may not give him anything.”