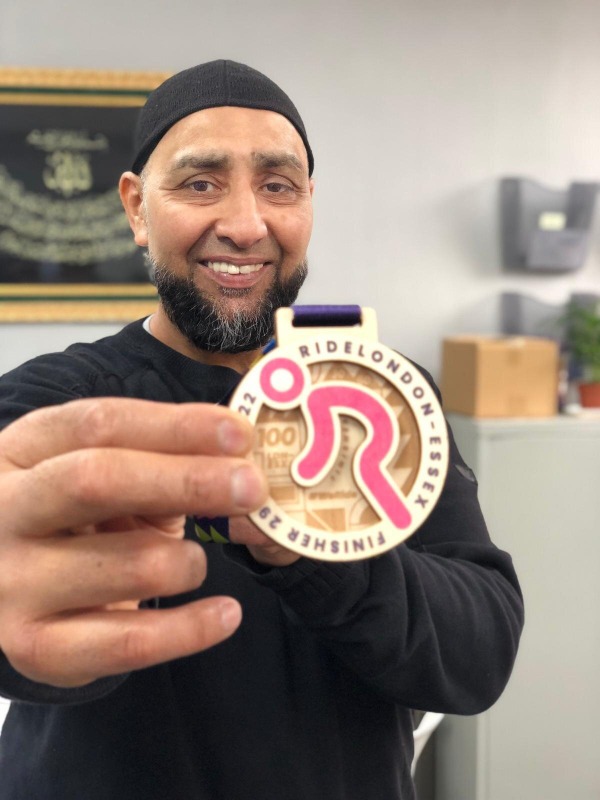 Ride London is a yearly cycling festival commissioned by the Mayor of London to commemorate the 2012 Olympics. The festival sees roughly 25,000 people annually and took place between the 27-29th of May.

Cycling 100 miles is no easy feat, and people train for months before a big ride like this. Haji began the ride at 5:30am and completed it in 8 hours with little training due to being a last minute stand in, which is a significant achievement. However, he is no stranger to long distance cycling as he is part of the Brothers on Bikes (BoB) group where they go for leisurely bike rides around the country, (aka, if you have no cycling experience, don’t try this at home!)

As well as completing the whopping 100 mile hour ride, he raised £1,000 in four days for his chosen charity, Motivate a Million. This charity runs on donations to distribute Quran’s and spread the word of Allah.

The Motivate a Million project is spurred on by the humble desire to share the Quran with the wider community as well as informing, educating, and reigniting people’s passions for Islam. This campaign isn’t just to benefit the Muslim community, but to strengthen interfaith dialogues and inclusivity within Britain. You can read more about the charity here.