My journey to Palestine

Home
Community
My journey to Palestine 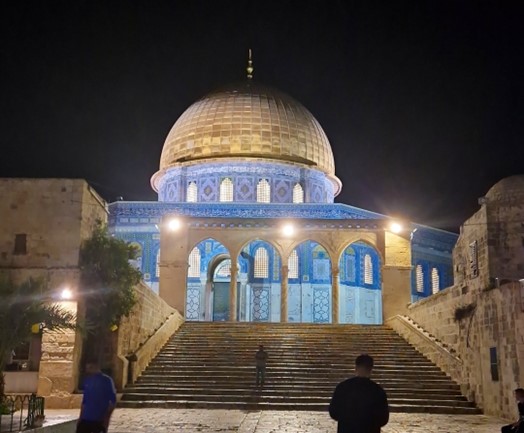 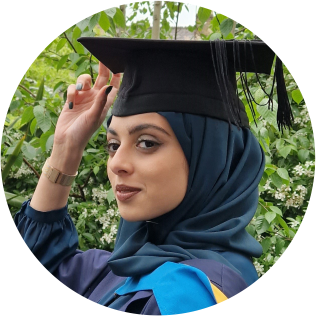 I am a psychology graduate who is currently undertaking a Masters degree in Forensic Psychology. I currently work to rehabilitate offenders prior to release. My hobbies include hiking, crocheting, and baking.

My journey to Palestine

I was lucky enough to have the opportunity to visit Palestine in May this year. Despite stories of instability and lack of safety, I was so excited to visit the holy city of Jerusalem.

I travelled through Tel Aviv airport and hopped on a coach to get to our hotel, which was 10 minutes away from Al Aqsa. The preservation of the city’s original structure meant we had a long walk through the old city’s gates to the Palestinian hotel.

We arrived past midnight.

Although it was late, the hotel staff had our food waiting as they anticipated our arrival. They welcomed us to their land and explained the itinerary for the next few days.

We were exhausted. However, we chose not to sleep and made our way to Al Aqsa to pray Tahajjud as it was nearly Fajr. I remember seeing the Dome of the Rock as we walked onto the compound. I was blown away by the beauty of the building, especially against the night sky.

We were told that women prayed Jummah in the Dome of the Rock, and we would see the interior the following day. On entering Masjid Qibly, Palestinians greeted us. They handed out sweets and guided us to spaces in the Masjid to sit to pray Quran.

The group leader had arranged guided tours for us in the compound of Masjid Al Aqsa on our first day. Our tour guide was a Palestinian woman who lives in Jerusalem, and she greeted us outside Masjid Qibly on Friday.

She began by showing us the main area of the masjid. She explained how each area got its name, and which prophets were reported to have spent time there. We were shown areas where Maryam (AS) was reported to have stayed, and other preserved areas, such as where Muhammad (pbuh) had tied the Buraaq during the journey of Mi’raaj.

We entered the Dome of the Rock and listened to the retelling of how Muhammad (pbuh) led all the prophets in Salaah on Temple Mount. It was surreal to imagine that I was sitting where a prophet would have prayed.

While it was a joy to experience historic sites, there were also areas which were heart-breaking.

Various Palestinians have lost their lives in Masjid Qibly due to the occupation.Tto nurse the wounded, an infirmary was built inside Masjid Qibly.

However, in the last Ramadhan, the door to this area was destroyed, and various windows across the Masjid were damaged. The tour guide explained that although they had money, they were not permitted to restore these areas by Israeli authorities.

Every Friday, a funeral prayer is held in Masjid Al Aqsa for those who may have passed away following arrest by the Israeli authorities. Although my visit was short, I comforted 2 Palestinian women who had lost family members due to the occupation. I can say my heart broke several times throughout my journey.

Our tour outside of Jerusalem started early the next morning. We visited various areas of significance around the city and looked for souvenirs in stores run by Palestinians.

Their hospitality and generosity were unlike anything I had ever experienced. We were given a flag pin and refreshments by the owners of the store, and they referred to us as brothers and sisters from different lands.

It truly was touching to see people surrounded by so much adversity have such big hearts and welcome strangers with smiling faces.

We were then taken to the wall which had been built around West Bank. Seeing the height and length of the wall indeed was astonishing. Though it had been covered in graffiti from end to end by street artists, including Banksy, it was impossible not to notice the prison-like barbed wire sitting on top of the wall.

We had the privilege of visiting the masjid where it is said Yunus (AS) was buried, although we were told it is not certain that this was his grave. We were also lucky enough to visit Nazareth and Bethlehem.

The churches in these areas had beautifully preserved architecture and were evidently well looked after by locals, specifically the Church of the Nativity, which had a vibrantly decorated altar.

After leaving the church, we stopped to pray Zuhr Salaah at a local masjid, where we were greeted by Palestinian citizens who welcomed us to their community and sat with us as we prayed.

They gave us food and water and told us about their experiences of growing up so close to Jerusalem but not being able to visit Masjid Al Aqsa due to restrictions imposed by Israel. This was an eye-opener for me, as I realised how fortunate I was to have been given the opportunity to visit from so far away, while people who lived so close were not able to travel to the third holiest site in Islam.

This was not the first time I had cried during my visit, and it was not my last.

We then travelled to the Mount of Temptation which holds great significance in the Christian narrative of Jesus’ life. We visited another store run by Palestinians who invited us in and gave us tasters of Palestinian foods, such as date honey with bread and sesame peanuts.

Once again, I was shocked by their hospitality and welcoming demeanour, as it is not something I experience while living in the UK. They laughed and joked with us during our visit.

There was extensive history relating to Salahuddin Al Ayubi and his conquest of Jerusalem following the takeover by the Crusaders. I was lucky enough to visit Nabi Musa & Maqam; a Masjid built in the desert by Salahuddin. It is said to surround the grave of Musa (AS).

The site was beautiful, to say the least. Although it looked like an abandoned area, feeling the hot desert breeze on my face as I prayed Salaah in the sand, and following desert cats as I explored the building truly was a unique, peaceful experience.

We visited the quarters where Salahuddin was reported to have stayed, which have now been separated into smaller accommodations. They are occupied by descendants of members of the army from the time of Salahuddin.

The chambers from where he was reported to have slept are now occupied by an elderly lady; a direct descendant of a flagbearer who assisted in the defeat against the crusaders. As an unmarried woman, she has no children, however, she was raising a young orphan.

She welcomed us into her home, allowed us to explore and invited us to a room which had furnishings over 350 years old. and explained her ancestry. She offered us refreshments and shared stories of her experiences living in Jerusalem.

Like all things in life, our journey had to come to an end.

I prayed my final Salaah in Masjid Qibly, and reluctantly returned to the hotel to pack my things. Before departing, we were called downstairs to the hotel to say our final farewells to the owners.

They thanked us for travelling so far to visit their land and asked us to keep coming as and when we were able to, to show our solidarity and love for Palestine. It had hit me at that point that I had to say goodbye. I couldn’t hold back the tears as I didn’t know if it was in my destiny to ever return to Jerusalem. They gave us gifts and prayed for our safe return home.

I can truly say I have left my heart in Jerusalem and yearn to visit the old city again. The hospitality and welcoming nature of people facing such adversity is admirable and changed my perspective on various areas of my life, even after returning home.

The thought of Masjid Al Aqsa and the people I met there brings tears to my eyes. I can honestly say the 4 days I spent in Palestine were the most enriching days of my life.

I would encourage people to visit who have the means to do so. It supports our Palestinian brothers and sisters and provides an educational experience for those of us so far away from their realities.