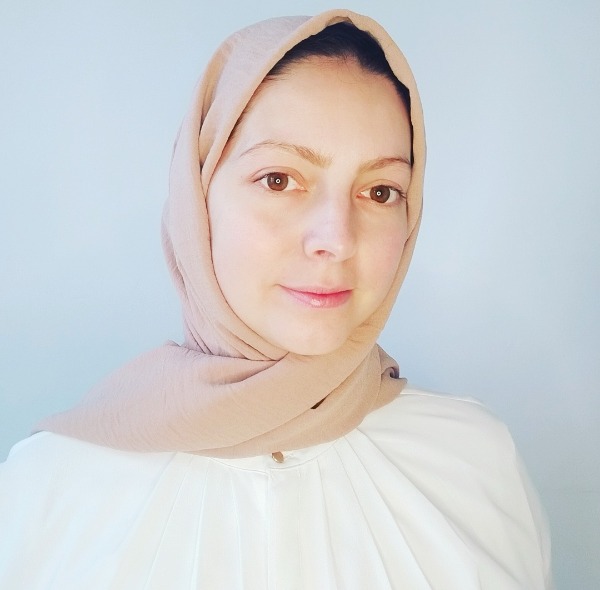 As a young girl growing up in a predominantly white town, I never saw others like me. When I became a bookworm, I loved how books could take me to another place; yet at the same time, I never imagined myself at the centre of the stories I read. When I would watch cartoons, once again, I didn’t see anyone that reflected me (except for Jasmine, which is a story for another day). My childhood lacked representation, which at times, left me feeling like an imposter.

Now, as a young adult, I see so many dedicated creatives working to fill the gap that I and many others felt from a young age.

Shereen Malherbe is just one of these creatives that’s filling this space with her fictional stories. A British Palestinian author and researcher, Shereen entered the world of fiction through self-publishing her debut book, Jasmine Falling, which became one of the top twenty Best Books by Muslim Women (Goodreads).

Discussing my own experiences with the lack of Muslim representation within the fictional world, Shereen tells me her motivations behind becoming an author.

Shereen: I did work in Magazines, media and writing non-fiction, and through this work I noticed their was one single view of an oppressed veiled woman, which was the turning point for me to look at how Muslims are represented in the media. I was concerned about representation and how Islam is viewed, which is why I began to write books. The reason I write is for a more authentic representation and for voices that aren’t heard.

Books are universal and are for everyone, and reflect how humans make decisions. I wanted to write in a way that invited young people in an understandable way whilst keeping it authentic to the Muslim child that I’m trying to portray.

Shereen: Representation is needed. There have been studies that show when you don’t see yourself in literature and media representation this filters into society. We saw that after 9/11 when Muslims were singled out. How Muslims are represented has a real life effect within our society and it can’t be brushed under the carpet. You don’t feel seen or valued, and you hide part of your identity which becomes problematic when you’re older.

If you write about stereotypical tropes of the hijab then you’ll probably get published quicker. I wanted to write in an empowering way for Muslim women, as I felt this angle wasn’t being explored. I’ve found there’s not really a space there for Muslim women to be represented. People have criticised my books in so many ways. I’ve withdrawn my stories from publishers because they wanted to make the stories more sad.

In my first novel, ‘Jasmine Falling‘, she drinks and people criticised her a lot for that. I’ve found when you write Muslim fiction that’s all perfect, no-one wants to read it because it’s not realistic. Instead, I focus on the character and their growth, and its representative of the fact that we all need to write our own stories.

Shereen told me the motivation behind her first children’s book, ‘The girl who slept under the moon‘, was for her own children, whom she feared wouldn’t be able to find a place for their Islamic cultural identity in the UK after being raised in Palestine.

The Girl who Slept Under the Moon is about a migrant child who moved to a Western country. I’ve met students who were from Syria who didn’t want to say they were Syrian in the UK. I wanted to provide a conversation piece for those at an early age to celebrate their differences and break down barriers so people could start sharing their identity without fear.

I had the pleasure of reading the sequel to this children’s book, ‘The girl who stitched the stars‘.

It is an exploration of culture through dress. The story follows a young Palestinian girl, Noor, who is deciding what to wear on non school uniform day. She’s scared of not fitting in due to her Palestinian dress standing out from everyone else’s home wear. She reminisces on her homeland, her cultural practises and the art of tatreez (Palestinian embroidery) and in the end she decides to wear her traditional dress.

She was fearful at being laughed at and made a mockery of, however her mind is put at ease when she sees her Malay friend wearing his traditional dress, and her eccentric friend wearing vintage clothes. The story ends with the little girl feeling proud of her heritage, and feeling happy that her classmates take interest in learning more about her culture.

Despite it being a book for younger children, I felt the book to be relatable, particularly one moment within the book where Noor is hiding in an empty classroom wondering if she is able to be herself or if she should hide this big part of her identity in order to fit in. This scene took me back to a moment within my own childhood.

Noor’s second guessing and fear resonated with me, and, even even as an adult, I felt so seen in having this experience recognised by another.

Shereen told me I wasn’t alone in this feeling.

I’m excited to see you can relate in so many ways. Actually, a lot of Muslim women have told me “I do that too!”

When you publish a book, you don’t know how people will react to your book. When people do relate and find it valuable, you value it as a writer. I had so many messages from women who felt seen, from all over the world. For me, its all about these personal experiences.

People have said my books have made them realise they need to learn about their heritage and culture. Really, you’re only half an adult unless you actively learn about your background and both halves of you.

When I was in my 20s I didn’t know much about my religion, or background. I knew my dad was Palestinian, and that I was born in the UK. Once I got married, me and my husband travelled, and we ended up staying with my Dad in the UAE and didn’t leave! I lived in the Middle East for 10 years. It was an eye opener to look at both sides of my heritage, and explore my identity outside of the country I was born in. I’m constantly straddling these 2 worlds all the time, and trying to navigate them as an adult and understand that.

Living in the Middle East made me realise we are so misrepresented, and that there’s a huge lack of empathy of the ‘other.’ Me and my husband were walking down the street one day and a blacked out van pulled up, surrounded by bodyguards. A few tourists came out and took a picture of a tree that the prophet (pbuh) was said to have taken shade under. Their were Palestinians around, some trying to sell them orange juice. They were all ignored. The tourists got back in the bus and drove off. I thought to myself, is this what people see when they come to Palestine? They don’t see the real Palestine or Palestinian people; it really opened my eyes.

The Girl who Stitched the Stars and Shereen’s young fiction book, The Land beneath the light, have been nominated for the Palestinian book awards.

It’s an honour to be nominated, as these books are so close to my heart. I found out they were nominated two weeks after publication. These things don’t come along often when you’re fighting to change something by yourself.

To follow along with Shereen’s work and to see her published books, you can visit her website here.