We are one of the richest, most diverse communities in the world. Yet despite this, Muslim achievements are easily overshadowed by negative media portrayals.

We reached out to Dr Alia Amir, one of the co-founders of Muslim Scientists Europe, an organisation highlighting the contemporary scientific achievements of Muslims.

Within the project, they highlight and interview Muslims who’ve achieved PhD’s in a variety of subjects and disciplines, ranging in STEM to linguistics.

Dr Alia Amir explains the importance of the project below. 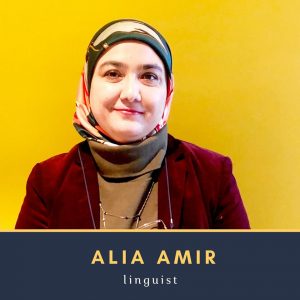 MSE is an initiative to showcase Muslim PhDs in/from Europe. There are multiple reasons for this platform.

There is a need to share stories of Muslim scientists from all disciplines. Representation is important, but Muslim Ph.Ds. are neglected by the mainstream media as well as the Muslim bubbles on social media.

This absence of representation helps create false narratives about Muslims in Europe.

While there is considerable research and media coverage on negative portrayals of Muslims, as well as on radicalization and extremism, lived realities of Muslims in Europe are hard to find.

There is generally a lack of documentation of their service for the common good in places where they live and work.

Sometime in 2017, we googled ‘Muslim scientists’. The search led to an astonishing discovery.

We found a list of old, turbaned, bearded men. We found pictures of distinguished names such as Al Jazari, Ibn Al-Haytham, Al Khwarizmi, and Ibn Sina.

We proudly look back at Muslim scientists of the past, especially the Muslim intellectual activities from the tenth to the fourteenth centuries.

The absence of contemporary representation makes Muslim communities imagine a world which is not based on reality, but rather an infatuation with the past by becoming prisoners of our own history.

For the majority of communities as well as young people from all backgrounds, Muslim representation as a European minority is important to imagine and perceive.

We found a lot of research focused on Muslim scientists of the past but a huge gap in Muslim research for the last thousand years or so.

In the popular discourse of the Muslim collective memory, Muslim scientists exist only in the past.

We felt that even visual representations found did not match our times and were not connected to our present-day realities.

Our team then created an informal social networking platform in Stockholm.

We reached out to colleagues with PhDs who identified themselves as Muslims and were either Europeans or had a connection to Europe through their alma mater.

We found diverse stories of men and women, and colleagues and mentors across Europe and beyond. Most importantly, we found inspiration.

We have been in awe of all our interviewees’ journeys, despite the challenges one might encounter as a minority in the so-called ivory tower of Western academia.

So far, we have interviewed seventy-five PhDs and we have invited about four hundred PhDs from all across Europe.

One of our achievements is that we have been able to connect communities through our platform. 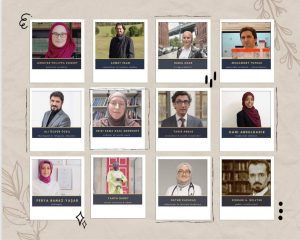 We have been able to showcase Muslim PhDs and their works.

We’ve invited both veteran PhDs as well as newly graduated PhDs, working in universities, research institutes, think tanks, and industries. MSE has strived to keep a gender balance as well as be inclusive of all ethnolinguistic backgrounds.

One of our biggest achievements is the love and admiration of many communities. Our hearts grow big when we see comments and love for our
interviewees.

We still haven’t reached all communities and countries so anyone who would like to be featured please reach out to us.

Or if you are reading this and have any name suggestions let us know.

You can get in touch with MSE through;

Team members of MSE include;