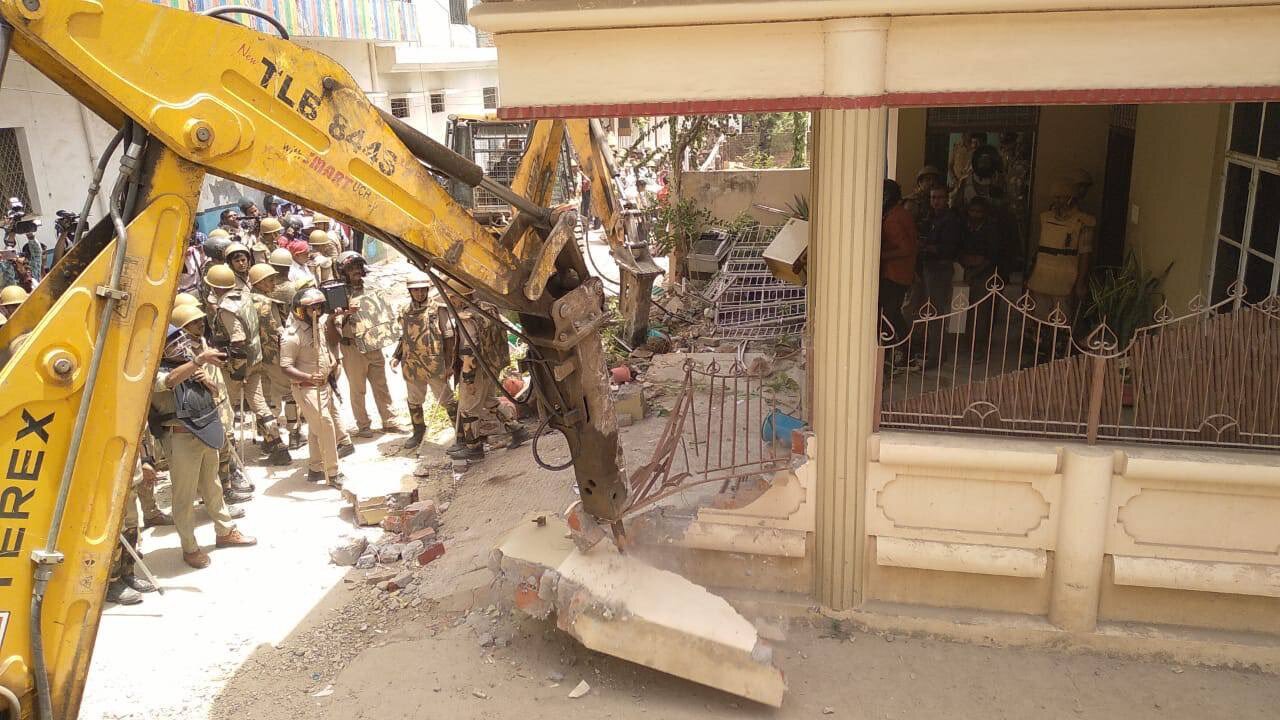 Authorities in the Northern province of Utter Pradesh have bulldozed several Muslim houses after relations between the BJP and Indian Muslims become strained.

The tension in India continues after a former member of the Bharatiya Janata Party, Nupur Sharma, made offensive comments regarding the Prophet (pbuh). This sparked a national outrage & further fragmentation within Indian communities and has caused national unrest.

Three Muslim-owned houses were demolished as authorities claimed them to be illegally constructed, a claim that’s been contested by all the inhabitants.

One of the demolished houses belonged to a politician named Javed Ahmed, who has been accused of planning protests in opposition of Nupur Sharma’s comments. His daughter, Afreen, is also a prominent Muslim rights activist who’s been active in the protests.

For those affected by the demolitions, there were no earlier notices of illegal construction.

K.K. Roy, Javed’s lawyer, stated “The action taken by the administration cannot be justified. It is illegal and unconstitutional.”

According to sources, this is not the first time that demolitions have targeted protesters in the aftermath.

Nupur Sharma’s comments sparked an uprising, leading to protests all around India. As a result, many Muslims and non-Muslims alike have been affected, with two Muslims also having lost their life.

Protests don’t seem to show signs of slowing down anytime soon, and it has now become an international affair as other countries have issued statements to the Indian government and BJP.

During these adverse times, it’s important as Muslims that we stick together and do not lose sight of what is important.

“It is the duty of every Muslim to stand together when anyone belittles Islam but at the same time it is critical to maintain peace,” said Malik Aslam, a senior member of Jamaat-e-Islami Hind, a Muslim organisation that operates in several Indian states.