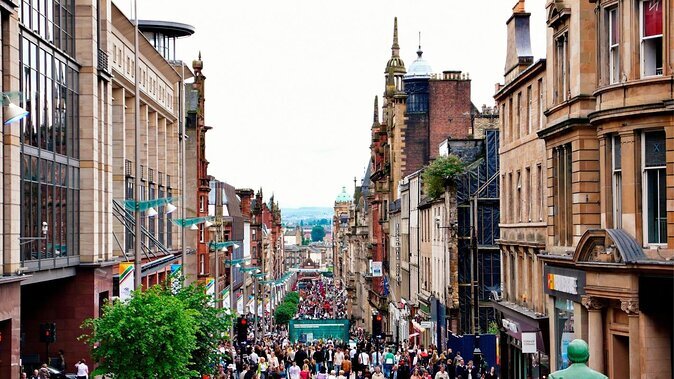 We’re following the Motivate a Million project to Glasgow, where hundreds have Qurans have been distributed.

Motivate a million is a five-year campaign which aims to distribute one million Qurans globally.

They aim to do so in order to enlighten, educate, and strengthen public relations with Muslims and non-Muslims.

The project also aims to bring Muslims closer to Islam by having an easily understood translation.

The Prophet said: “Whoever teaches some knowledge will have the reward of the one who acts upon it, without that detracting from his reward in the slightest.”

We spoke to Rayhan Abbasi, one of the brothers who helped distribute several hundred Qurans provided by the 5-year-campaign since Ramadan.

Manning an independent dawah stall in the heart of Glasgow with a handful of other dedicated brothers, Rayhan tells us the reception of the Quran distribution project.

“We’ve been doing dawah for several years, but only since Ramadan have we been part of Motivate a Million.

“We’re not doing it to get money or to represent a mosque. We are an incredibly independent stall; once a week we go and do dawah, plain and simple.

“In Glasgow, a lot of people are open-minded but a lot have ideas of religion as being irrational or blindly trusting. However, the Quran tells us the opposite. Allah SWT encourages you to look at what you created.

“The response has been fantastic. We’ve had more than 40 shahadas since summer.”

“The Qurans have gone into the hands of people with no knowledge of religion, so they’re being utilised, definitely.

“It’s really important we stay in touch with reverts too. I’ll give you one example.

“On Sunday we were talking to a brother for 20/30 minutes. We part ways and he took a Quran. We didn’t know if we’d ever see him again.

“The next day, I finished work and dropped a colleague off at Glasgow central mosque. I look at my rearview mirror I see him. He comes up to me.

“He says he wanted to see the mosque, but he didn’t know how to enter it or get access so he decided to leave, which is when I saw him. I told him I’d take him into the Mosque and show him around.

“When we took him in his jaw dropped, he felt like he’d been there before. It felt so familiar to him.

“We sat and talked and talked. He made a comment after and said ‘When I heard that the word Muslim means submitting to god, I knew I was in the Muslims.’

“After that, he did his shahada.

Rayhan shares a piece of advice for everyone.

“In 2018 I knew very little about Islam and wasn’t practising. I didn’t understand why the modern person needed it.

One time I was walking past a dawah stall and took a Quran from them. I remember the brother said I should get involved in the dawah, which I thought was funny as I didn’t know anything about it.

“A few years later this interaction made me want to get involved and gave me confidence.

“Even if you think you’re not the most practising, or do all the salah, or are the most knowledgeable, get involved with the dawah. It’s a really rewarding experience and I encourage more people to get involved in it.

Catch brother Rayhan and the dawah stall at Buchanan Street in Glasgow every Sunday.

To get involved in Motivate a Million, click here.