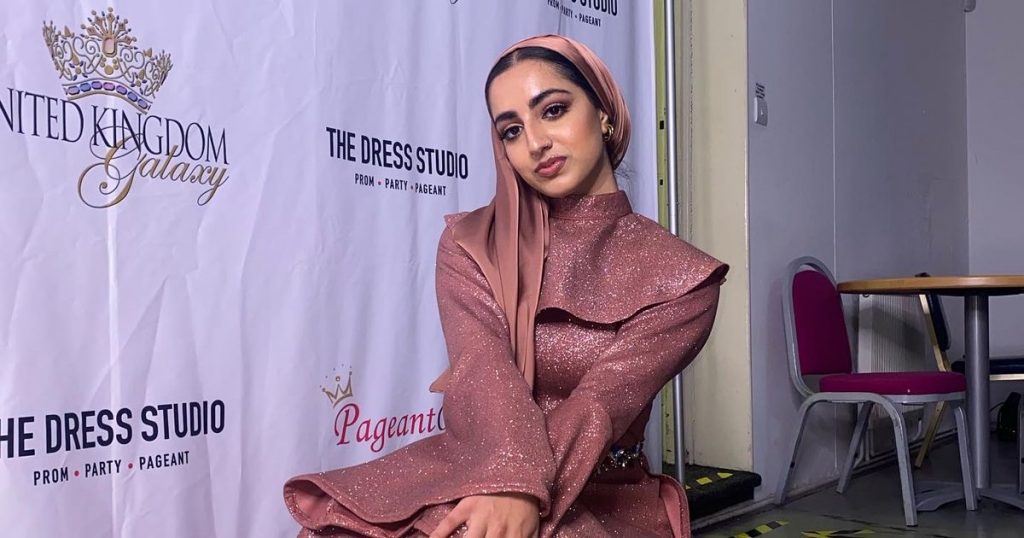 She wanted to push boundaries and represent Muslim women at the beauty pageant.

Fatimah was the only contestant this year to wear a hijab.

She was amongst 79 other finalists.

Fatimah is currently at college studying and is a part-time Instagram model.

Upon seeing the opportunity, she decided that competing would give her more opportunities to boost her career. As well as this, she wanted to illustrate that Muslim women can compete.

“My hijab was actually the main reason I went for the opportunity“, she said in a statement to Leicester Mercury.

“I don’t think a lot of Hijabis tend to do these kinds of things, so I wanted to put us out there and let other Hijabis know that they can do things like this and not be judged for it.

“A lot of the taboos boil down to cultural beliefs, especially amongst the Asian-Muslim community.

“Luckily, my parents were really supportive of me. I wanted to remind other young women that it is not against our religion to compete, and it is something that we can do, they just need to find the confidence within themselves to do it.

She praises her Mother for her support, who handmade all of Fatimah’s clothes.

“If it wasn’t for my mum I would not have been able to do this. She was awake for several nights in a row, sorting out my outfits, despite not being a professional, which made this whole experience even more special.”