Maulana Wahiduddin Khan: The advocate of religious harmony, passes away 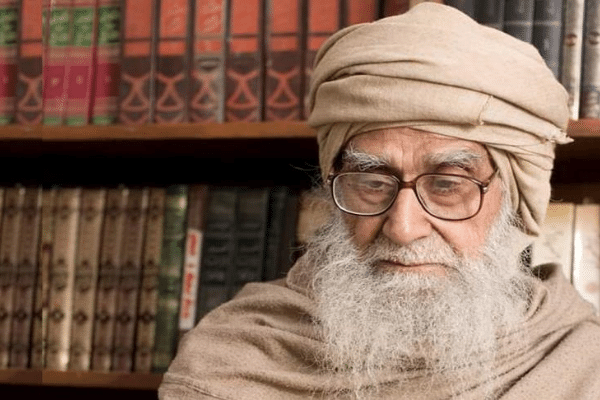 Maulana Wahiduddin Khan: The advocate of religious harmony, passes away

Maulana Wahiduddin Khan, was an Indian Islamic scholar and peace activist, he passed away on April 21 in New Delhi after contracting coronavirus, according to his relatives. He was 96 years old.

The author of more than 200 books, Khan has been honoured with several awards. This year, he was awarded the Padma Vibhushan, India’s second-highest civilian honour.

He was born in Azamgarh, a city in the Indian state of Uttar Pradesh in 1925 and was widely recognised for his contributions towards world peace both nationally and internationally.

In 2009, Georgetown University in Washington, DC’s list of 500 Most Influential Muslims of 2009 named him “Islam’s spiritual ambassador to the world”.

In 2001, he established the Centre for Peace and Spirituality to promote and reinforce a culture of peace. Khan went on a 15-day peace march through the western Maharashtra state in the wake of the demolition of the 16th-century Babri Mosque by Hindu hardliners in the state of Uttar Pradesh in 1992.

He also wrote a two-volume commentary on the Holy Quran.

Amjad Aziz, chair of Nottingham Mosques said: “He was one of the greatest scholars from the subcontinent. He has worked on many grounds including Fiqh and Islamic politics.”

“He had his own solid opinions on issues and that made him widely loved and an excellent scholar.”