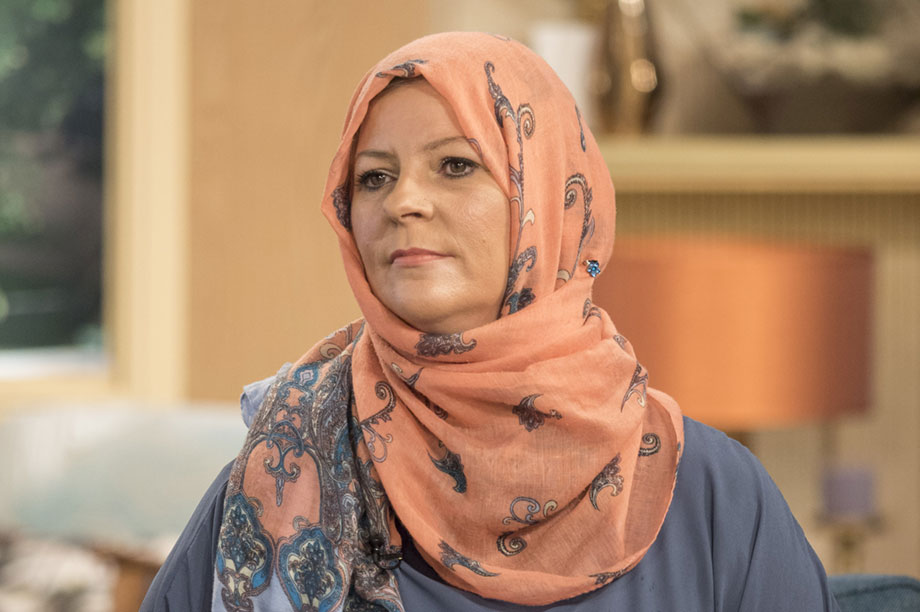 Lauren Booth, successful Journalist, Author, Activist, and sister in law to Tony Blair, began her journey in Islam in 2010 when she took her shahada. Since then, she’s been making strides in the Islamic community, from supporting other reverts to using her motivational speaking skill to be a voice for Islam. In an interview exclusive, we spoke to her about her journey to Islam and what helped her during this transitional period.

What brought you to Islam?

“I always prayed from when I was a child & I never stopped believing in God. But I never knew where he was, how he was, or how to speak to him. I remember as an adult knowing that my words were inefficient and insufficient, but still going to church to seek the wonder of God. I guess I started coming back to faith in my 30s when I had children. People wake up at certain points in their life, and having children is a big wake up call. We can be childish into our 40s, but when you have kids, you’ve got to grow up. So I started to grow up.

“When I had my daughters I thought, I don’t want them to be materialists, because this is not it. There are many people alive today, who, like us, but without guidance, are absolutely certain that this realm is not the only one. My dad used to say to me, Listen, kid, this isn’t it. This table, this chair, this room, if you think this is it, that God went to the bother of making this load of rubbish, you’ve got it wrong. Their are so many people out there who are so close to piercing the water tension of this reality.

“I grew up in a hippie household, and that made it very easy for me, because being an actor and constantly getting out of your own characteristics made it easy to be fascinated when I went to Palestine. I met people there who had ‘it‘. What was ‘it‘? It was certainty in one God, a book and characteristics of the believer. That’s what drew me to it.“

In your book, ‘In search of a Holy Land,’ you mention going into a mosque in Iran with no intention of becoming Muslim, but leaving as one. Was it just that moment, that evening, that night in the mosque?

Every conversion is a series of big moments that you can look back on. It’s the beauty and determination of Allah to give us a chance to come to him. It’s about him loving us. That’s what I realised, because I kept walking away from Islam. I was offered a job at the Islam channel, but unfortunately, I met Haroon Yahya, a cult leader in Turkey, whose serving 1000 years in Prison, and he put me off. I thought ‘Oh, my God, if this is Islam, I’m out the door.’ And then then I went to Palestine, and I saw the generosity of the people, the kindness, the giving nature, them being shown images of dead children, but being content with what they didn’t know and the Qadr of Allah.

“It was like the victory over Dunya. It was meeting people who had beaten Dunya. In journalism you’re not even as good as your last article; it’s your next article. There’s always somebody chasing you, and always somebody to chase. It’s vicious, it’s male dominated, and it was tiring. I met Muslims in London through the Islam channel, Muslims in Lebanon, Muslims from all over, and they seemed to live in a timeline from the beginning of the world to the end of the universe. And that kept them calm.“

How was the following moments or months after your Shahada? How did you kind of deal with navigating this new identity?

“It was so huge. I testify that there’s no God, but Allah, oh, my God, it’s just huge. I testify, I swear, that I accept that Muhammad is the last a final prophet. I remember the room felt fuzzy and I was shaking. A few days later, I was speaking to a good friend from Gaza, Yasir. He had been praying for me to come to Islam for a long time. I said, Yasir, I feel so amazing. I feel so happy. He said no, you need to cry. I said, no, I don’t need to cry. I’m on cloud nine. He said, Look, I know you, sister. And I’m so happy, my family are all crying now. We have been praying for you to come to Islam, but what I want you to do is hang up this call, go to your bedroom and cry. I said, all right, but I don’t feel like crying.

“I hung up, I went and sat on my bed, and I cried for about three hours. Every pain, every wrongdoing. It’s wasn’t self pity. It’s like, oh my God, who have I been? Regret. Sorrow. Shame. Change. Hardship. Realisation. I came out in three hours and it was beautiful. It wasn’t sad, but boy did I cry.

“And then the reality of who am I now? It was Jummah when I took my Shahada, my kids were away with their father. Friday night, I found myself on my own. Great, should I call some male friends? No. Great, I have a bottle of wine! No. Cigarettes? I didn’t want them. Going out to a bar? No. What am I gonna do with my time? I was instantly an incredibly stuck. I think I actually read some Quran, prayed and fell asleep, and it wasn’t boring.“

During this period of time where you were changing, what kind of resources helped you in strengthening your relationship with Allah and learning more about Islam?

“May Allah bless Sheikh Hamza Yusuf. We all have people who speak our language, a style that speaks to us depending on our education, life, experience, interests, spirituality. For the first six months, it was Sheikh Hamza. He’s East Meets West, he gets it. We also had the blessing of me and my daughters getting an Ustaz, Sheikh Ali Hamouda, to teach us once a week, may Allah bless him. We did about three or four months and the only thing we did was Hadith Jibril one to two hours a week. If you go that deep into something, and you don’t cry, wow, go on Hajj, because your heart needs to be taken out and washed by the angels.

“I remember watching my children grow and glow and laugh and find joy in the Deen as we prayed together. Alhamdulillah, we had a Sheikh who just took us through Ihsan, Eman, Islam. I went on courses twice with Iera, and once with my children, which was the only time youngsters have been allowed on by the grace of God. They do wonderful revert retreats and may Allah bless them.”

Do you have any advice for other reverts that may be in a similar position that you were in?

“Number one, take it slowly. Every Sheikh I met told me take it slowly; it was a real blessing from Allah. This will take time. This is new to you. Allah knows your journey. Take your time, but do a little bit towards it every day. Don’t sit back. Be careful of the phrase ‘I’m just the same as I was before’. Islam should radically change us over time. Otherwise, we’re not working hard enough. So slow, steady change, to better ourselves in the eyes of Allah.

“Don’t break family ties. Oh, gosh. Don’t judge your family. Don’t tell them their kafirs. Don’t mock their birthdays. Don’t shun them all. Do what you need to do to stay close to Allah. Don’t rush into marriage & make good decisions.

“Don’t be on your own. Even if your local Masjid is a hornet’s nest, find a different Masjid. Keep asking Allah to bring the right people into your lives. Make the intention, ‘today I’m gonna find the best friend who’s gonna teach me more about the Deen and love me.”

If you’re a revert sister and are looking to join a likeminded community that can help elevate & guide you in your Islamic journey, Lauren has launched a sisters only revert group called High Aspirations where they meet twice a month via zoom. If you’re interested in joining, click here.

If you’re interested in reading more about Lauren’s journey to Islam, you can read more in her autobiography, Finding Peace in the Holy Land.

*This interview has been edited for clarity*