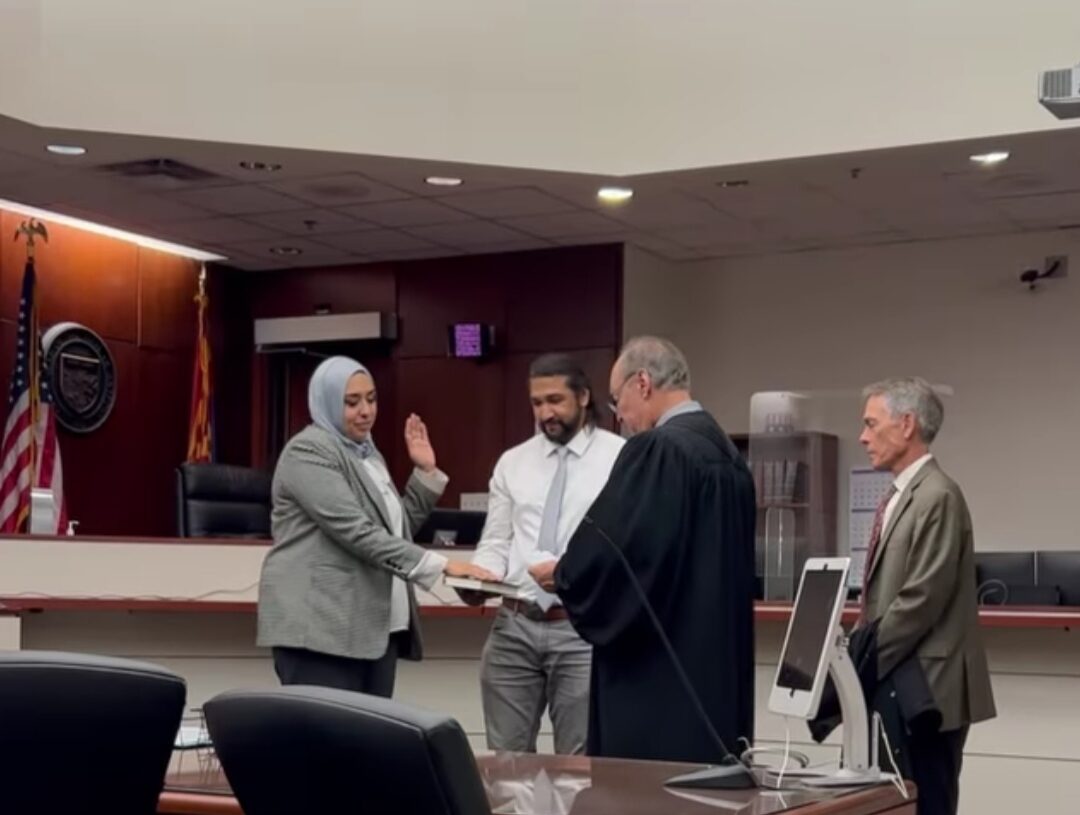 Laila Ikram was sworn in as a judge pro tempore by Judge Enrique Medina Ochoa, the justice of the peace.

Ikram has hit a few milestones, as she becomes the first Muslim judge in US history to wear a hijab on the bench. She’s also the first judge to swear oath of office on a Quran.

Prior to her being appointed as a judge, Ikram worked as a criminal defence attorney for the Maricopa County District Attorney’s Office.

Earlier this year, after being nominated, Ikram had a series of interviews and presentations to other judges, who then approved her.

Enrique Medina Ochoa promoted numerous minority lawyers to serve as judges pro tempore as part of his responsibility as an elected peace judge to increase diversity on the bench.

Laila wants to be an important part of the Muslim community that seeks justice.

On Laila’s achievement, friends took to social media to congratulate her on her profound achievement.