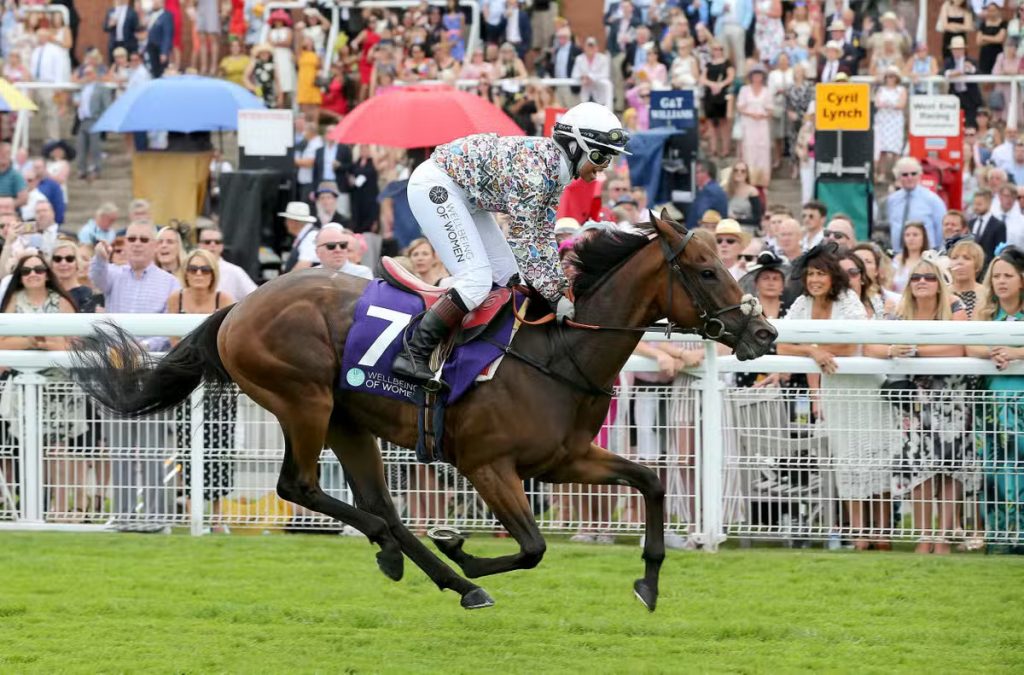 The 21-year-old made headlines winning the Magnolia Cup at Goodwood and shows no sign of slowing down.

Khadijah Mellah says as she remembers how her life changed last summer when, after sitting on a racehorse for the first time just a few months earlier, she won the Magnolia Cup at Goodwood.

In August 2019, as the first jockey in Britain to race while wearing a hijab, the 18-year-old from Peckham urged her horse, Haverland, to a thrilling victory which made news across the country. She went on to become The Times Young Sportswoman of the year in 2019.

“If you come from my background, it can be difficult to imagine yourself in racing,” said Mellah.

“I hope this will give other young people the confidence that it is a sport that you can get involved in, where you will be supported and can achieve your dreams.”

Khadijah talks about her experiences at the races.

“Yeah. I went racing several times with my mum. It’s not an atmosphere I felt comfortable in at first.

“My mum was completely out of her comfort zone, being around laddish groups of rowdy drunk people. It wasn’t our culture. I was there for the racing while some people were there for the social aspect.

“It was and still is, unfortunately, a place where sometimes I don’t completely feel in my element. But I’m comfortable walking into the parade ring and talking to old friends, people I’ve ridden for, and the jockeys. I love going to the races now. But for my family, it has a strange intensity.”

On November 2nd, ITV aired the documentary Riding a Dream, which follows Mellah’s journey from amateur horse-rider to winning jockey, catapulting her into the public eye and media headlines.

The Riding A Dream Academy was set up by Naomi Lawson and ITV Racing’s Oli Bell as a legacy of the incredible achievements of Khadijah Mellah, who was the first British Muslim woman to ride in and win a British horse race.

Its aims are to help other young people from underrepresented groups and communities and non-horsey backgrounds get involved in the sport.

Nine students from the Riding A Dream Academy have become the first to graduate from its prestigious Scholarship programme.

One young person shared their experience being a part of Riding a dream.

This compares to just 2% of jockeys from a diverse ethnic background and between 3-5% of individuals who currently attend the industry’s entry-level foundation course.