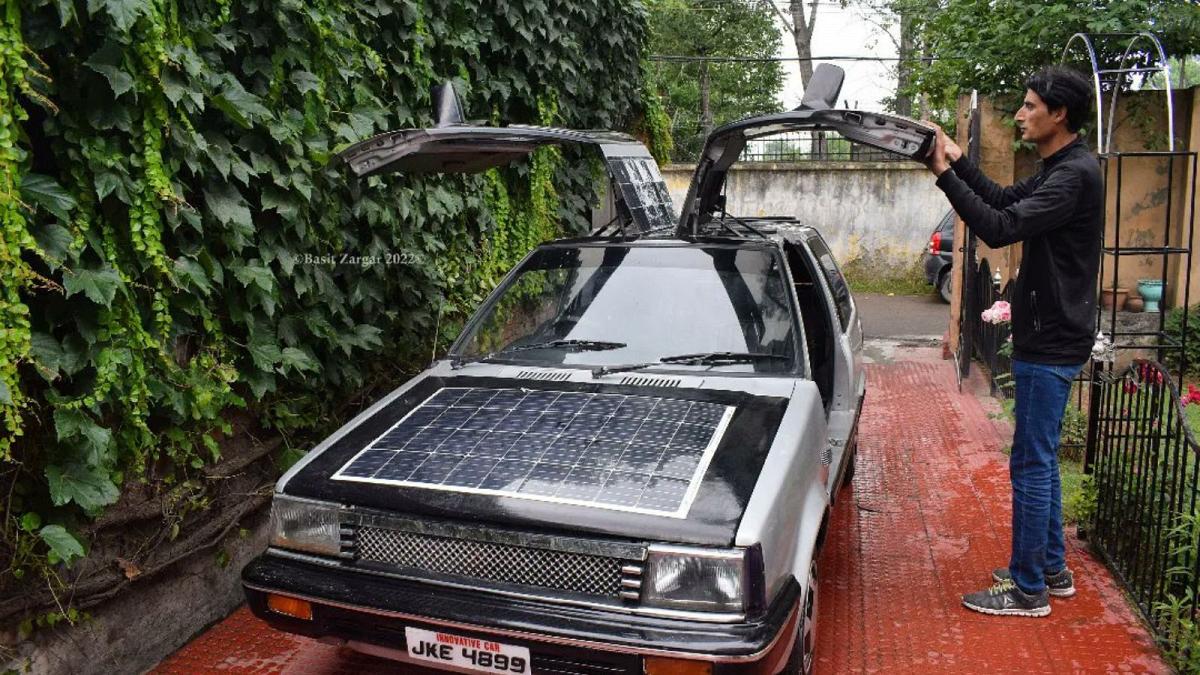 Bilal Ahmed, a maths teacher from Srinagar in Kashmir, has built a solar-operated car entirely from scratch. This project has been 11 years in the making.

Every surface on the car is covered in solar panels.

The design of the car heavily emulates the Delorian in the sci-fi film, Back to the Future. Former Chief Minister of Jammu and Kashmir Omar Abdullah compared it to the famous ‘Back to the Future’ film car on Twitter.

Despite this uncanny resemblance, the gullwings of the car were purposefully designed so that the solar panels on the doors of the car could have maximum efficiency at utilising the sun’s rays for power.

With rising costs and the absence of Tesla in India, Bilal’s invention has gone viral and caught the attention of many.

What’s even more impressive is Ahmed’s creation was brought to life without any external funding. Ahmad states he spent more than Rs 15 lakh (£1,259,152) building the fully-automatic car.

He was able to build the solar-powered car after studying various 1950s models and networking with other experts.

“When I began the project and even after I completed it, no one provided me with any financial assistance; if I would have got the necessary support, perhaps I would have been India’s Elon Musk,” he told reporters.

Following his success at creating a solar car, Bilal hopes to begin his own company mass producing the vehicles. He has already decided on the name – it will be called YC, after his children, Yosha and Maisha.