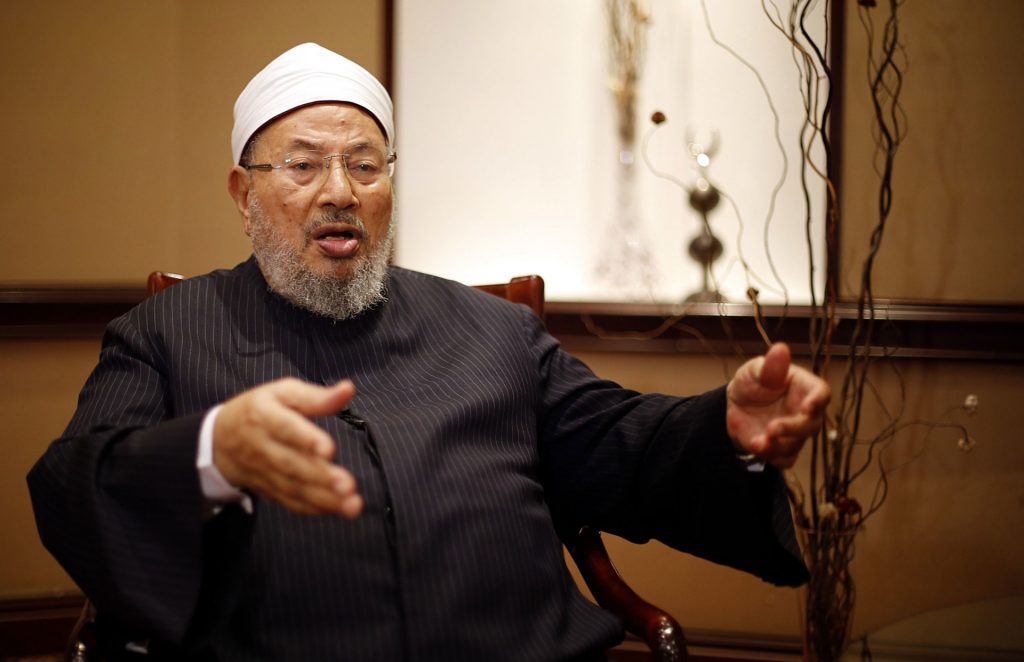 He was an influential figure in the Islamic world and was the Chairman of the International Union of Muslim Scholars.

He rose to prominence as one of the most well-liked academics in the area and beyond, including the West.  Through Al Jazeera and his political connections, his legacy was established.

Many scholars, institutions and individuals took to social media to share their condolences.

Let’s look back at what he’s achieved.

Looking back at his life

Yusuf Al Qaradawi was born in Egypt in 1926. After finishing his thesis, “Zakah and its effect on alleviating social problems,” he was granted his PhD with First Merit from Al Azhar University in 1973.

He was active in the community as the founder and president of the International Union for Muslim Scholars.

He also served as the Chairman of the Jerusalem International Foundation, the head of the European Council for Fatwa and Research, and a member of the Organization of Islamic Cooperation’s International Islamic Fiqh Academy.

Additionally, he served as a trustee for the independent research organisation, the Oxford Center for Islamic Studies. More than 120 volumes have been released by Sheikh Qaradawi.

Many Muslims will remember Qaradawi as a scholar who embodied moderate Islam. This may surprise Westerners used to seeing him as an extreme.

He always advocated for progression, whether it be prohibiting female circumcision or permitting education. His ideas posed a long-standing challenge to conservative beliefs.

He was labelled Muslim Personality of the Year in 2000, winning a $1 million prize for his contributions.

Whilst Qaradawi will be remembered as a knowledgable and influential Islamic figure, he faced a lot of criticism in his life.

He was one of the few Arab Scholars who backed the 2011 Arab Spring uprising.

Qaradawi was jailed three times for his relationship with the Muslim Brotherhood, Egypt’s largest socio-political movement in the 1940s. Subsequently stripped of his Egyptian citizenship in the 1970s—driving him to seek exile in Qatar.

He was sentenced to death in absentia by an Egyptian court with hundreds of other Egyptians affiliated with the Muslim Brotherhood, a huge socio-political organisation banned in Egypt. He was listed on a ‘Wanted’ list, whereby he was removed in 2017.

However, these controversies did not deter his passion or knowledge from being shared.

In keeping with his comprehensive understanding of Islam, he wrote and spoke about a wide range of issues. These included everything from theology, religious practice, democracy, Palestine, and climate change, all from a Muslim perspective.

He authored several books and established a regular show on Al Jazeera from 1996.

May Allah show mercy on him.