Humankind: An Antidote to the Trust Deficiency in the 21st Century

Home
Community
Humankind: An Antidote to the Trust Deficiency in the 21st Century 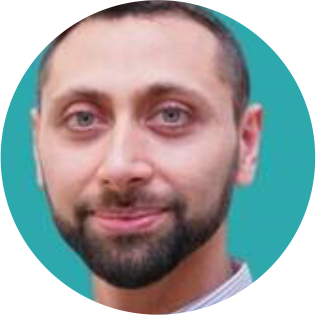 Dr Asam Latif is a Karimia Volunteer and advisor to the HumanKind initiative. He is also a pharmacist academic with research interests in the development and evaluation of healthcare interventions and the application of social theory to medicines management.

Humankind: An Antidote to the Trust Deficiency in the 21st Century

Formerly known as the ‘Trust Building Forum’, ‘HumanKind’ is an innovative and pioneering programme that aims to build trust between the British Muslim community and the wider British public and vice-versa. This project is headed by Karimia Institute, a Muslim community organisation based in Nottingham.

Since 2016, the Trust Building forum has been successful in challenging stereotypes and misconceptions about Muslims. Through interactive and engaging workshops, the programme connects British Muslims and the general public through empathy, understanding, and quite simply, getting to know one another. These workshops help reframe how wider society perceives Muslims and directly challenge misconceptions, prejudice and stereotypes.

We have taken the opportunity to utilise what’s unique about the Trust Building Forum and have created a brand to take our initiative to the next level. It’s a powerful brand which ensures the programme is sustainable long-term, and most importantly, reaches and inspires new audiences. We would like to introduce to you: ‘HumanKind’!

Why do we need this initiative?

Trust is central in creating an inclusive, connected and harmonious society. It forms the basis of healthy relationships. In its absence, mistrust, suspicion and doubt can emerge. Particularly over the last two decades, there has been a sustained media portrayal that shows Muslims in a less than favourable light. As a society, we have collectively failed to separate the peaceful religion of Islam from the negative misconceptions, meaning that both Muslims and non-Muslims are becoming apprehensive and even fearful of one another. This trust deficit has sadly left the Muslim community facing negative stereotyping, racial prejudice, discrimination and even hate crimes. Left unchecked, the growing mental illnesses, discrimination and social isolation faced are becoming increasingly evident.

The ‘Trust Building’ project was launched in the UK in 2016 and sought to address this trust deficit. The main activity was to train up trust-building ‘Ambassadors’ to deliver workshops at places of work and in other community settings. It was hoped this would facilitate open dialogue and break down barriers.

An early evaluation of the project found that workshops significantly improved people’s knowledge of Islam and that levels of trust had improved.

Research was also conducted to find out whether HumanKind works. Interviews with Ambassadors and participants were included in this research, which was published in the Journal of Muslim Minority Affairs. This has been able to unpack the process further.

It was found that most people who attended the workshops had an open mind and reported having an interest in learning more about different cultures, including Muslims and the religion of Islam. For ambassadors, the workshops offered a forum for open dialogue allowing controversial questions to be raised and negative media stereotypes of Muslims to be openly exposed and discussed. The study found that trust was built in three main ways:

The world-renowned M&C Saatchi Group were commissioned to rebrand the Trust Building forum to HumanKind. M&C Saatchi is a creative company that connects specialist expertise, fueled by data and technology, to help clients navigate, create and lead meaningful change.

The concept of the Trust Building forum was taken forward and consideration was given to how the brand values could be brought to life. Work was done on developing what the project wanted to embody through the manifesto and strapline.

Brand vision: A world where we live in harmony with each other.

Brand mission: Trust is the foundation of a harmonious society. Through creating connections and breaking down boundaries, we build trust between people.

Brand offering: We connect British Muslims with their wider community through interactive workshops where people get to know one another.

How to join us

Join us at the HumanKind launch event

HumanKind has successfully demonstrated that it can build trust and has the potential to create a more harmonious society. This can only be done through the help of our trust-building volunteers. If you would like to find out more or how you can become an Ambassador, please join us on the 7th of July 2022, or contact the HumanKind coordinator (Muskaan.Jamsheid@karimia.com) and become a supporter today!