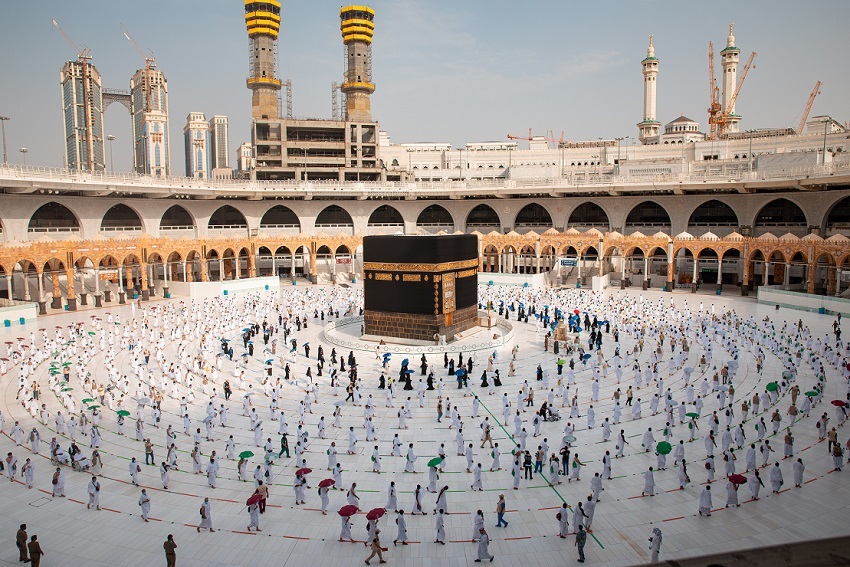 Nature shows the reality of Tawaf and circumambulation at Hajj if you look closely enough.

One of the themes of Islam is trying to know Allah (swt) via His Creation, and looking at His observable Signs. This article draws on Naqshbandi teachings from the Awliya Shaykh Nazim Rahmatullah Alayhi as transmitted by the prominent Shaykh Nurjan. It will describe some examples of nature reflecting the circling of the Kaaba during Hajj, and shed some light on some of the spiritual aspects of Hajj.

Tawaf and circumambulation is “symbolic of the Divinely Presence.”

It is a symbol that Allah Azza wa Jal is supreme. That which is false and imitated must move around and circumambulate what is true, called Haqq, the Reality. The tawaf is symbolised by the heart and by the Divinely Presence. Hajjis come into that reality, asking to be separated from many aspects of identity created by status. During Hajj, Hajjis circumambulate what is symbolic of the Divinely Presence saying “Labbayk, allahuma labbayk; I have heard Your call and I am coming.”

“We will show them Our signs in the horizons and within themselves until it becomes clear to them that it is the truth.”

Electrons make tawaf around the nucleus and they circumambulate the centre. The nucleus represents the goal and the source of energy.

Even microscopic images of how fertilisation occurs in the womb look exactly like aerial footage of the Kaaba (to read more click here).

Nature shows that it is in tasleem to submit to the Will of Allah Azza wa Jal. Only the ego sometimes fails to do so.

You can learn more in the video below.