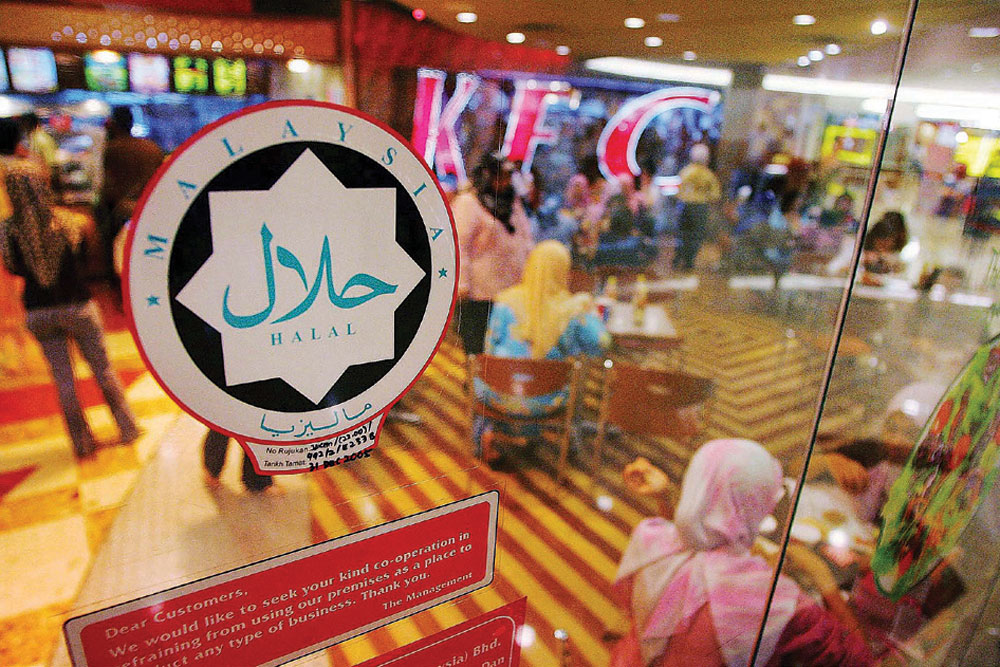 Have you ever found yourself questioning halal standards of slaughter? Is it possible to maintain halal when meat is overproduced in the modern day?

Halal is what is Tayyib. In the Quran, it states:

“Oh, you people, eat from the earth what is halal and tayyib, and follow not the footsteps of the Shaytan …”

The Islamic form of slaughtering animals involves killing through a cut to the jugular vein, carotid artery and windpipe. However, the meaning of halal should not be reduced merely to the death of the animal.

Unfortunately, due to the overproduction and overconsumption of meat, slaughterhouses must keep up with this demand, meaning the welfare of the animals is compromised.

Focus is retained on the slaughter, leaving animals vulnerable to be reared unethically and unabiding by the true meaning of ‘halal.’ Modern-day slaughter standards do not factor tayyib into account, what is pure, ethical and wholesome.

How halal is halal?

The halal sector accounts for a large share of the UK’s meat output. 71% of all sheep and 22% of all chickens slaughtered in the UK are slaughtered using a halal method. British Muslims consume more meat per capita than the general population, including 20% of the country’s lamb [i].

For the majority of the Muslim population, seeing the halal sign in a shop window is enough to convince us that the meat being sold meets the requirements of Islamic law. However, this may not always be the case.

One user on the discussion forum Quora shared their own experiences regarding the halal industry.

“The halal meat industry is basically an accreditation program. And it is expensive.

“One friend had a bakery. They wanted it rated halal so they applied to the halal department. You had to pay a fee. Then undergo a check. Then pay yearly subscriptions. And….. you had to pay 20 thousand dollars PER food item. Each muffin, each tart, each bun. Needless to say…… LOL.

“This is a can of stewed pork with a halal logo on it. Go figure.

“But this halal thing and all things with this trademark or assurance is a huge business. And you PAY for it. Even if you are not Muslim.”

This user is correct; halal meat has become more than an Islamic fardh; it has become an industry, one that can often attract corrupt businessmen solely with the intention of making money.

By making a product halal accredited, it opens up the market to Muslim and non-Muslim consumers, thus bringing in more money.

The word Halal has become the most abused word equally misused by Muslims and non-Muslims. The word ‘Halal’ is displayed anywhere and everywhere without any kind of regulation and corroboration and the consumers are made to believe that it is genuinely Halal.

Time and time again there have been halal meat scandals across the world. Just last year a huge halal meat scandal was uncovered in Malaysia. For 40 years, Horse and Kangaroo meat was found to be mixed into what was described as 100% Halal beef.

We spoke to Khalil from Willowbrook Farm, a family-run farm that is the UK’s first Halal and Tayib farm that rears traditional animal breeds, free from hormones and artificial chemicals. They also recognise there is a problem with the halal industry, which was one of the motivations behind the farm.

“We weren’t happy with the halal meat in the UK. It has no consideration of rearing and tayyib, it was all only looking at the slaughter. This is before the wider community had even considered that the environment and halal meat are linked, because of course 20 years ago it wasn’t a discussion outside of small green environmental groups.

“We want to make people think about what it means to actually have halal meat because Halal is in the Quran. When asked what is Halal, it is organic, wholesome & ethical. It isn’t just the slaughter.

“Even so, being acceptable seems like the lowest level something you should do, the bare minimum.

“When an animal is killed in the UK law, it must be calm, must be healthy physically, it must not be in sight of other animals, and it must be killed, not by the stun if it is used, but by cutting the two arteries and ensuring full bleed out.

“That’s word for word the same as Islamic slaughter. The only difference is the Tasmiyyah.

“Whilst they’re the same in theory, in practice, abattoirs are dealing with thousands of animals. They may have mechanical slaughter methods which are programmed to kill faster, purely for speed with no regard to the wellness of the animal. It’s purely for capitalistic reasons to produce.

“In some cases, halal slaughterhouses will have an automatic knife, or a tape recorder playing the duas. Whilst this technically complies with the words that are required to be said at the point of slaughter, they are done by recording, not a person, which is pointless.“

“Actions are judged by intentions. If the intention isn’t there, you might as well not produce at all.

“We’re not robots. That’s why we take a moment to say bismillah. Doing so makes the slaughterer pause for a moment and think about the animal that’s going to be killed and give thanks for this opportunity.“

HMC, one of the most notorious halal certification companies, have also addressed this.

‘What we have failed to realise is the demand for Halal meat and poultry has dramatically increased in the west and the companies supplying the meat and poultry have had to look for ways to increase the output. This has meant finding quicker ways of slaying the animals and at the same time keeping within the Halal laws.

With this proving difficult, many slaughterhouses have looked for shortcuts in the Halal rules, many disregard the Halal slaughter prerequisites and many have no knowledge of the prerequisites whilst the main aim has become the increase of production and its returns. The corrupt and non-Islamic practices prevalent within slaughterhouses supplying to the Halal market are as follows:

“You can’t take anything at face value, you have to look beyond. You can’t just look at the halal sign and believe something is halal.

“With accreditation, there’s only the minimum level you can guarantee. Again, it can only be guaranteed if they are doing it.

“Sometimes they’ll be observed, monitored, and then years will go by for the check again. So, in between that they could be doing God knows what, and no one knows what.

“Islam teaches us to go out and look and says, to look and to learn. At what point did we stop learning?

“You’re ultimately responsible, and your ignorance is not an excuse. If you intentionally or unintentionally didn’t go looking, then you’re not following your religion.“